Drenching cows directly after calving, which provides proper rehydration, energy and the minerals cows need, is a management technique that Co. Offaly dairy farmer Evan Walsh first picked up in the Netherlands while there during his placement year as a University College Dublin (UCD) undergraduate.

“I studied dairy business to degree level in Dublin. My placement year provided me with the opportunity to assess dairy farming practices in the Netherlands. While I was there, it was standard practice to give all cows a nutritional boost directly after calving through actively drenching / pumping,” he explains.

“The results that farmers were achieving by taking this approach, in terms of subsequent production levels, general vitality and the immediate easing of the cows’ temperament, were very positive.

“So, it was an approach that I felt I wanted to implement on the home herd once the opportunity presented itself.”

All these matters fell neatly into place for Evan when he met up with his local AHV representative, Diarmuid, last August.

“I was made aware of AHV as an animal health company via friends and social media. In particular, I heard about the AHV Booster Powder and pump and we decided to try it on a number of our own freshly-calved cows,” Evan confirmed.

The results achieved have been more than positive, to the extent that all our cows receive the AHV Booster Powder directly after calving – either by pumping or the cow will voluntarily drink it straight after she has calved.

Evan added that the cows will take the entire 20L of the drink willingly from a bucket if they are still licking the calf.

“If we miss the calving, we will drench the cow while taking colostrum from her,” he explains.

Evan milks 200 pedigree Holstein cows close to Edenderry. The family’s Derrydale herd was established in 1958 by Evan’s grandfather. Evan and his brother Bobby are in a farm partnership there with their parents, Paschal and Irene Walsh.

There is an autumn/winter split within the herd in terms of calving pattern. Approximately 150 cows are going through the milking parlour at the present time, leaving 40 to calve down over the coming weeks.

Management of the transition period is crucial

Managing transition cows properly is a priority for Evan.

“Getting cows off to the best possible start is critical,” he stressed.

“Offering our fresh calvers the AHV Booster Drench Powder is one aspect of this approach. Another is to ensure that all our older cows receive AHV’s Milk Start Paste, again at calving.

“The Milk Start Paste contains calcium and phosphate to ensure that cows with subclinical milk fever get the treatment they need. I work on the basis that all older cows are prone to some form of metabolic issues and should be managed accordingly.

“The AHV Milk Start Paste works tremendously well to the extent that we no longer use calcium bottles at all on the cows.” 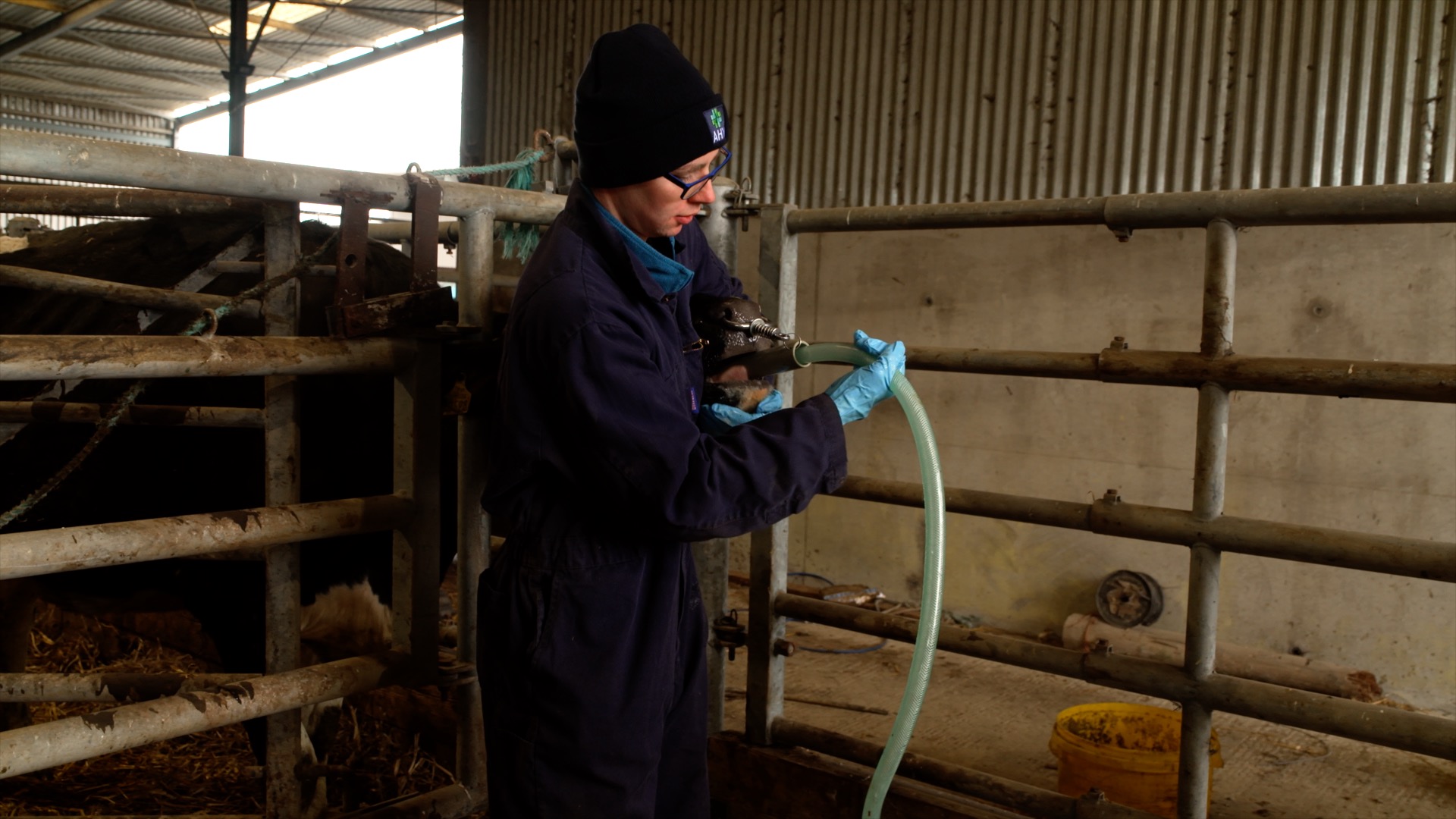 “It allows us to identify those individual cows with high cell count problems. Milk recording has made it possible for us to go down the road of selective dry cow therapy with the cows,” he commented.

But there still remains the question of what to do with those cows that flag up with high cell counts.

The last seven months have seen Evan using a combination of the AHV Extra Tablet and the company’s proven anti-inflammatory, Aspi, on cows with high cell counts and the small number of animals showing curds in their milk.

“I was genuinely surprised at how quickly cells counts reduced on taking this approach. What’s more, they stayed down,” he explained.

“In cases where the cows were actually expressing curds, the milk came back to normal quite quickly. It’s also important that cows should receive adequate pain relief in such circumstances.

“Aspi plays a key role in this regard and, of course, there is no milk withdrawal issues to get concerned about when using the AHV Extra Tablets.”