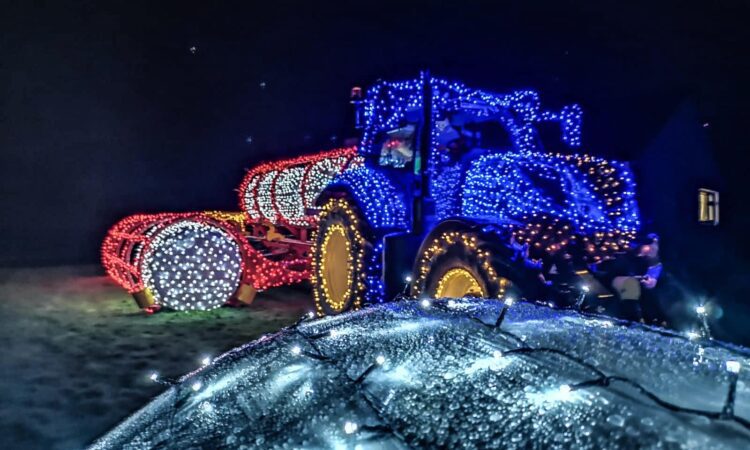 With the glitz and glamour of Christmas in full swing ahead of the big day next week, there have been plenty of awe-inspiring Yuletide displays on show around the country, with many of them showing a distinctly agricultural twist.

However, few exhibitions can match one festive showcase on display in north Tipperary, by Toohey Agri agricultural contractors, based near Borrisokane.

Featuring a New Holland tractor and Keltec bale carrier, both tractor and trailer are decked out to the nines in fairy lights, corresponding with the brand colours, with a blazing beacon to match.

The aim of the impressive display is to raise money for the autism centre in St. Michael’s National School in nearby Cloughjordan, with donation buckets set up outside the garden where it’s based.

All donations would be greatly appreciated, according to the organisers.

This is not a new initiative carried out by Toohey Agri.

For close to a decade, Martin Toohey – alongside his brother Brian – have been creating masterpieces for the local community to enjoy. These projects take thousands of lights and countless man hours to create.

The display attracts hundreds of visitors each year; last year’s display featured a New Holland tractor hooked up to a silage trailer, as well as an older David Brown tractor. 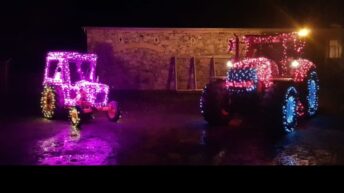 ’50 Shades of Hay’ gears up for Christmas tractor parade