‘Mediation must be made mandatory’ for families in debt

Minister for Finance Paschal Donohoe and the Central Bank have been called on to put mechanisms in place that would make mediation mandatory where a family has fallen into debt arrears.

“All sides must be required to take a step back and engage with mediation services so that an assessment of what has gone wrong can be made and provisions to make it right can be put in place.

It’s clear we need to restore confidence in our financial sector; borrowers with good intentions will not stand for being treated like commodities that can be bought and sold off on a whim to line the pockets of others.

The ICSA chairman said that the onus is on Minister Donohoe and the Central Bank to take stock of the situation and implement measures which would “put an end to the draconian scenes” of forced evictions.

According to Sherlock, mandatory mediation would mean that if a bank wanted to foreclose on a loan or sell it on to a vulture fund, the institution would firstly have to appoint an independent mediator to meet both the lender and borrower to work out a reasonable resolution.

“Restructuring the debt has got to be the main objective so this is where minds should be focused.

“At present, banks and vulture funds appear to have no problem engaging experienced, expensive legal teams to secure eviction orders against farmers who rarely can afford any legal team and sometimes end up representing themselves,” Sherlock claimed.

The ICSA believes mediation would be both cheaper and more efficient.

Concluding, Sherlock said: “We must remember that people can find themselves in difficult situations financially for a whole raft of reasons, many of which are outside their own control.

“Recently, a combination of inclement weather and poor prices have resulted in more and more farm families finding themselves in trouble.

We cannot allow for a situation where these genuine families could find themselves facing the prospect of losing everything and being turfed out on the street.

“It’s time for a fresh approach to resolving bank debt and common sense must be used.” 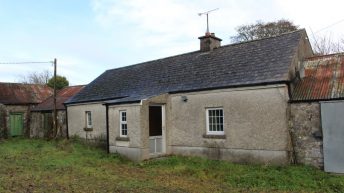