A dairy farmer from Co. Tipperary has invented a calving aid for farmers called the Calving Assist.

Jim Ryan, from Cashel, outlined how – after having back trouble – he had issues in helping cows to calve.

After thinking about this, he developed the Calving Assist – a device similar to a belt to help farmers to pull calves that are having difficult births.

The farmer says that the belt can hold approximately 1.3t in weight and is designed to be in position on one’s glutes, protecting one’s lower back in the process.

“You get a very good anchor into the ground; you’re pressing off of your legs,” Jim explains in a YouTube video he made to showcase his invention.

The device has two metal grapples to hold the calving ropes in place. A key feature of the Calving Assist is a lever the farmer can pull to release the belt in the event that the user needs to get out of the way in a hurry.

“It’s just a simple thing; it’s not rocket science – but it’s very effective at calving a cow,” the farmer says.

“You can sit there for five or 10 minutes if a cow is calving; you’re controlling the pull [and] you’re under no pressure. 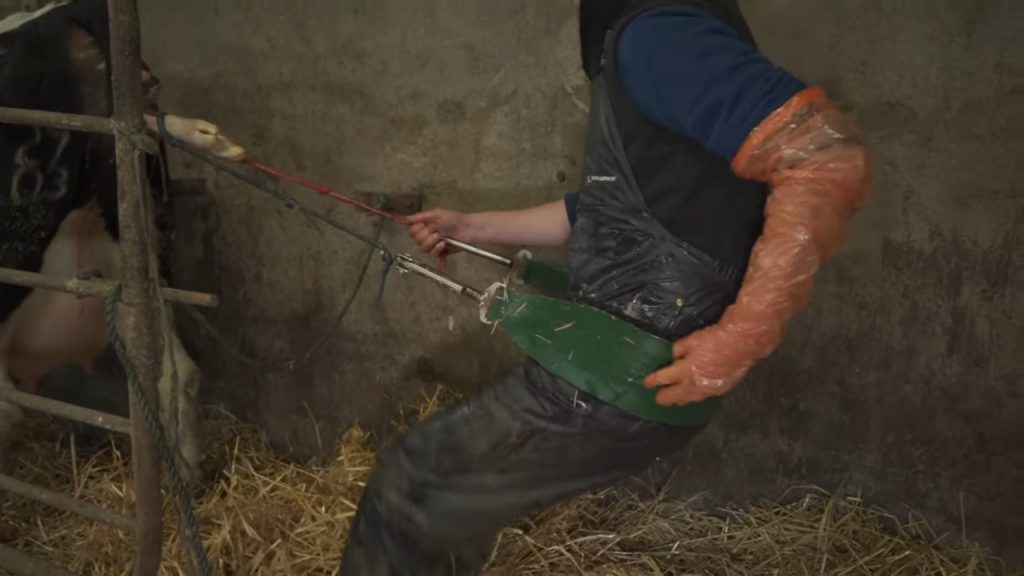 In the video above, Jim provides a demonstration of using the Calving Assist to help a heifer to calve.

“I noticed in the last five or 10 years, the way dairy farming is going with the big [calving] jacks, you don’t really have them as much,” he explains.

My idea of doing this video is I have a patent on doing the release mechanism but I’m looking to find an Irish company that would be interested in making it.

For those interested, further details on the device can be obtained at: [email protected]