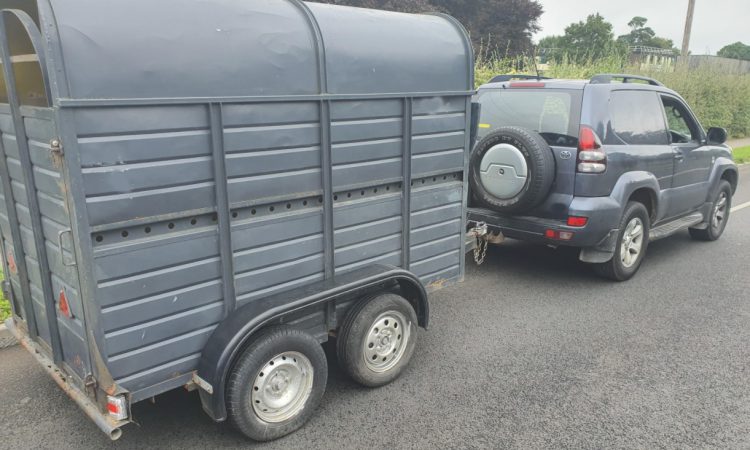 Members of An Garda Síochána stopped a Toyota Land Cruiser 4X4 drawing a cow box trailer recently, and subsequently seized the vehicle after an inspection.

Initially stopping the driver of the 4X4 for travelling without tax; after a subsequent examination of the vehicle it was found that tyres were in a “very poor condition”.

Consequently, the vehicle was seized.

“This driver was stopped recently after being detected driving without tax.

This driver was stopped recently after being detected driving without tax. The vehicle was inspected and tyres were discovered to be in a very poor condition. Vehicle seized. pic.twitter.com/O0hjXa0mn2

“The vehicle was inspected and tyres were discovered to be in a very poor condition. Vehicle seized.”

According to the Road Safety Authority (RSA), by law, it is a driver’s responsibility to make sure that their vehicle meets legal requirements and is in a roadworthy condition at all times.

“If you drive with damaged or worn tyres, you are putting your own life and the life of others at risk. You also risk prosecution,” the RSA says.

If you are convicted of the offence of driving with dangerous tyres, you could be fined up to €2,500, or receive a three-month prison sentence, or both. You will also have five penalty points on your licence on conviction.

In addition, the RSA notes that it is the driver’s responsibility to ensure a trailer is roadworthy.

This, the RSA notes, includes basics such as ensuring that: “tyres have adequate tread depth and are free from defects; lights and brakes are working; and the hitch is in good condition.” 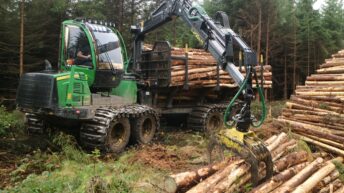