The annual value of EU agri-food exports in 2016 reached a new record level with total exports reaching €130.7 billion, up €1.7 billion on 2015, the latest figures from the European Commission show.

The EU’s most important export destinations last year were the USA, China, Switzerland, Japan and Russia.

The agri-food sector accounted for 7.5% of total EU exports in goods in 2016, and 6.6% of all imported goods are agri-food products, according to the Commission.

With a surplus of €18.8 billion the agri-food sector is also a major contributor to the overall surplus of the European Union in merchandise trade, which stood at €39.3 billion in 2016.

Also export values for processed agricultural products (wine, olive oil) and food preparation increased by 4 to 5% in average, while export values for commodities (wheat and other cereals, milk powder) and non-edible products went down.

The EU is a net-exporter of agri-food products to Canada, with a surplus of about €1.25 billion in 2016, the figures show.

Main EU export products are value added processed products, food preparations and beverages, with wine, spirits and liqueurs, confectionery, beer as well as pastry and biscuits being the most important product categories.

Imports from Canada mainly consist of commodities and some other primary products, in particular cereals and oilseeds, and some fresh, chilled or dried vegetables. 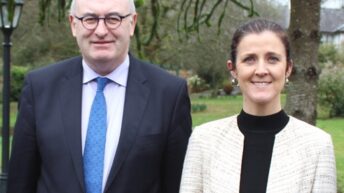