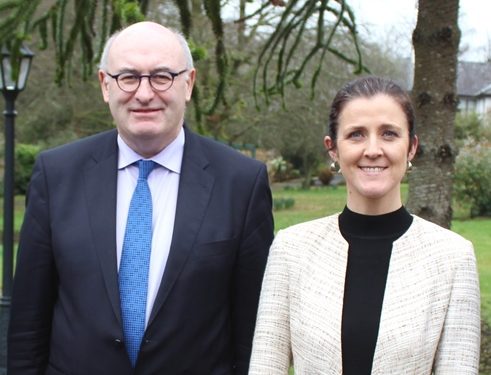 EU Farm Commissioner Phil Hogan has expressed the view that Europe must strive for a free trade deal with the UK, as part of the final Brexit deal.

“This is only my opinion. Obviously, it is in Ireland’ best interests to have such arrangements put in place.

“But to make this objective a reality will require the Irish Government securing an agreement with the other 26 EU Member States.”

He made it quite clear that Brussels will negotiate on behalf of the EU-27, once the Brexit procedures gets underway: bilaterals involving the UK and Ireland will not be part of the process.

The Irish Government must seek to form alliances with other EU Member States.

“And this should not be that difficult a process. Germany, for example, currently enjoys a €50 billion trade surplus with the UK. And, no doubt, there are other EU Member States, which would be very much in favour of a free trade deal with the UK.”

Hogan pointed out that the Brexit deal arrived at must ensure that cheap food imports are not allowed into the UK. These products could, subsequently, flood the Irish market.

“There must be full parity of quality standards and the trade deal arrived at recently between the EU and Canada could be used as a blueprint in this regard.”

The Commissioner confirmed that a two-year negotiation process will follow, once the UK triggers Article 50 of the Lisbon treaty. He added that not reaching agreement within this time period could represent the worst of all worlds for Ireland’s farming and food sectors.

“Having no agreement in place would pave the way for the introduction of swingeing WTO tariffs on foodstuff exported from the European Union to the UK.

“For example, levies of up to 68% could be imposed on Irish beef exports to Britain, if the Brexit deal is not sorted out within a two-year time frame.”