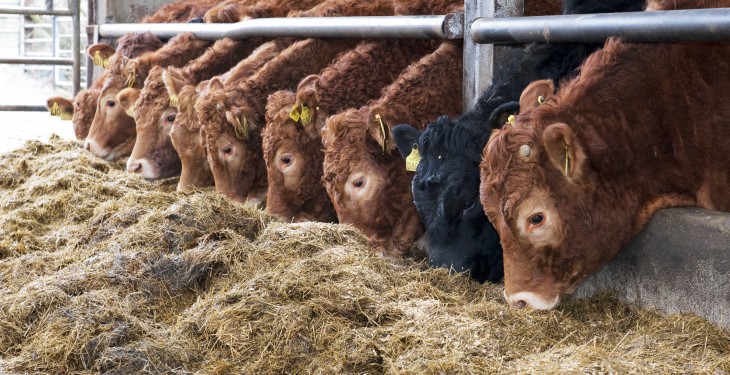 UK beef farmers have been warned of strong competition from lower-priced Irish beef imports in 2015 according to a report from UK advisory firm Andersons.

According to Consultant Ben Burton, domestic supply in the UK may well reduce in 2015 and 2016, with a decline in the UK breeding herd and less cattle on the ground.

However, he said this trend may be offset by a continuation of strong Irish production; the source of 68% of UK imports.

Furthermore, he said Irish beef is trading at prices increasingly lower than the UK and this may in turn put pressure on UK prices.

“A key driver on Irish imports will be the Euro exchange rate,” he said.

According to Burton hard discounters have gained market share at the expense of the top five multiple retailers.

“On the flip side, the larger retailers may source cheaper Irish product to compete. In either case, there will be a challenge to retain a high producer share of retail prices. While the producer share of the retail price increased from 48% in 2010 to 58% in 2013, figures for October 2014 suggest this has declined to 51%,” he said.

The buoyant prices the industry enjoyed in 2013 look unlikely to return, according to Burton. He advises UK beef farmers that trading conditions going forward are likely to be challenging with price sensitive demand and strong Irish competition.

However, he said producers should benefit from reduced feed costs and the most efficient should be able to return a margin from beef production.

In his outlook for the beef sector, Burton highlighted the intrepid Irish strategy to increase milk production by 50%.

Longer term, he said this could reduce the pressure from Irish beef imports as its beef suckler herd contracts.

However, Burton said there will be additional calves from the dairy herd. Sexed semen use in the dairy sector could increase, though cost is likely to limit its immediate uptake, he said.

“Going forward, these structural changes may have considerable implications for quantity and quality of beef coming out of the Republic.”