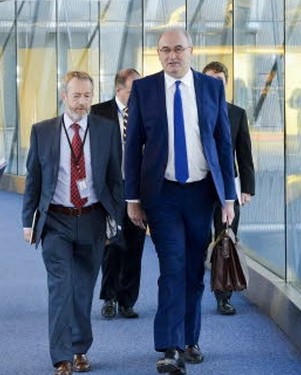 The suggestion by Agriculture Commissioner Phil Hogan that EU farm payments might be cut where farms don’t meet farm safety standards has been condemned by ICSA president Patrick Kent .

Farmers had been warned that they could lose EU grants if they don’t improve safety standards by Agriculture Commissioner Phil Hogan.

In an interview with the Irish Independent Mr Hogan said the time has come to link grants worth €1.2bn to farmers here with their safety record.

However according to the ICSA President the reality is that many farm accidents occur not as a result of obviously dangerous facilities but due to all kinds of human error and animal unpredictability.

“The reality too is that accidents on farms happen because the returns from farming simply do not allow for more than one person to work on most farms and farmers are under immense pressure to get work done,” he said.

“In relation to deficiencies in facilities or equipment, taking money off farmers makes it even harder for them to fund upgrades so it just doesn’t make sense. Farmers are under enough pressure to increase production even in the face of low market returns, and they do not need any further regulations imposed on them. We believe that Commissioner Hogan should not go down this route and ICSA will oppose any such moves.”