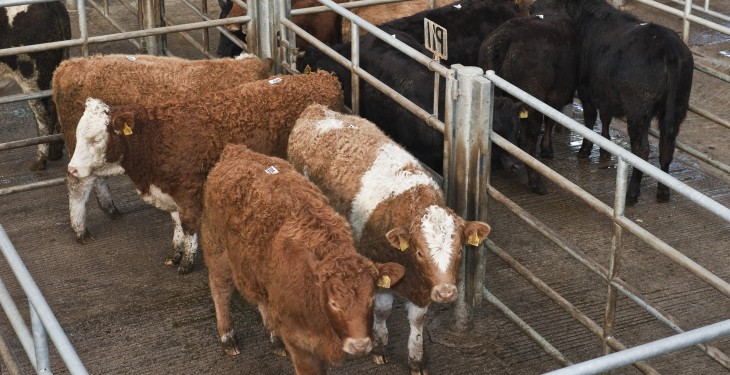 Tight supplies at factory gates around the country have seen prices quoted to beef farmers rise this week according to the IFA’s latest update.

Bord Bia reported prior to Christmas that the cattle trade remains steady on the back of strong demand with supplies relatively strong. It said the trade was good across our key export markets with strong purchasing ahead of the festive period.

Cattle supplies at export meat plants for the week ending December 28 stood at around 12,000 head. Cumulative supplies for the year to date are 10% or 149,000 head above the figures for the corresponding period last year, currently standing at 1.6 million head.

As the year draws to a close in the, reports suggested the cattle trade appeared to be demonstrating some stability.

According to EBLEX in week ended December 13, despite procurement for Christmas being over, the GB average deadweight price edged up a fraction to 353.5p/kg. Reports suggest that there is still robust competition in the market for consignments of cattle fitting supermarket specification.

EBLEX says despite carrying high stocks into the holiday period, processors in the UK are looking to ensure they have adequate supplies of product to meet their retail commitments into the New Year.

It says that with its slaughtering estimates indicating that throughputs of steers remained well ahead of year earlier levels, the fact that farmgate prices have held up could indicate somewhat better consumer demand.