Farm families again find themselves under immense pressure, with an inadequate return for their hard work and investment, IFA President Eddie Downey said at the 60th commemoration of the founding of NFA/IFA.

The ongoing struggle for a fair reward and a decent income for the vital job that farmers do for society was the key message of his speech to over 1,700 voluntary officers who served on IFA’s National Council and Executive Council since the founding of the Association in 1955 and attended today’s event.

Eddie Downey said in 2015, Irish agriculture is still the backbone of the rural economy, supporting 300,000 jobs, and with real potential to grow the volume and value of our high quality food products for consumers across the world.

However, he also said that extreme price volatility, escalating input costs that bear no relation to product prices, excessive bureaucracy, the threat of damaging trade deals and the inequity in returns from the food supply chain between producers, processors and retailers must all be addressed. 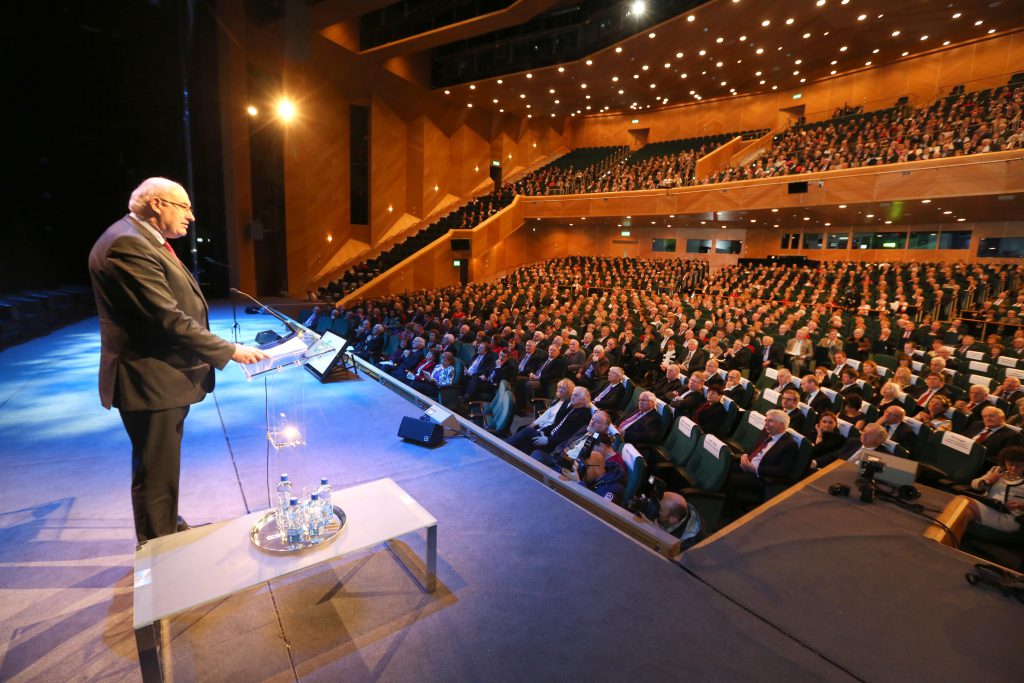 EU Agriculture Commissioner Phil Hogan speaking to 1,700 guests and voluntary officers, who served on IFA’s National Council and Executive Council, since the founding of the Association in 1955, attending the IFA’s 60th commemoration at the Convention Centre in Dublin.

The IFA President said the EU family farm model of agriculture must be protected, as the most sustainable way of delivering food security for Europe’s 500m citizens and our rapidly growing global population.

“My central message today is that Irish and European farm families are entitled to – and must get – a fair reward and a decent income for the vital job we do for society. Supporting farming and innovative farm enterprises, through the CAP and Rural Development Programme, and investment in key rural infrastructure such as broadband, is the most effective way of ensuring a vibrant rural economy.”

Mr Downey said he wanted to especially acknowledge the central role of farm women over the generations.

“The massive support of spouses and partners has allowed our voluntary officers give of their time in the interests of all farm families.

“Our representation and influence at all levels continue to grow and I believe our founding fathers, who fought so hard to give farmers a strong voice, would be immensely proud of our standing today, both at home and abroad. As we look to the future, it is up to all of us to work hard – and together – to build on this proud record of achievement for all farm families.”