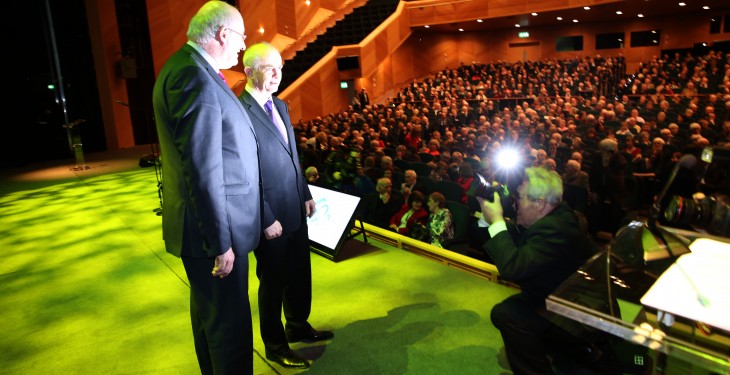 Commissioner Hogan has said he will explore new markets for European dairy products in 2015.

Speaking at the IFA 60th anniversary in Dublin, the European Commissioner for Agriculture said that it is hard to find a sector with more promising prospects than dairy in the future.

“The recent price declines, from very high levels, are as expected. There will be volatility in light of quota abolition and the 5.5% increase in production which we saw in 2014, but this will be a short term issue. So, let us not talk ourselves into a crisis.”

He also said that he will spend most of his time in 2015 exploring with Member States new market opportunities and is confident of many
successes.

Agriculture, he said, has changed significantly in the past 60 years and he cited the ‘value’ of a tonne of wheat as an example.

“Back then one hectare of land produced on average 3t of wheat, which in world markets would generate enough hard currency to purchase 105 barrels of crude oil.

“Today, the same hectare of land produces almost 9t of wheat, yet it only purchases 40 barrels of crude oil, even at today’s collapsed oil prices.”

He said the scale of the agri-food sector in Ireland and across the EU is both large and under- appreciated. “Across the EU the sector employs 46 million people and exports are now in excess of 110 billion euro.

The present Supply Chain Initiative at EU level unfortunately still does not cover all relevant actors, he said, and he will not hesitate to call for changes so that farmers are not put out of business arising from the squeeze on their margin of profitability.

“All players in the food chain should realise that it is imperative that producers get a decent return for their raw material. Without producers none of the downstream businesses would even exist.”