Gardai are investigating the theft of a triple-axle trailer from a property in Co. Meath last night (Wednesday, March 20).

Gardai in Kells are investigating the theft, which took place from a premises in Hartstown, Clonmellon.

Issuing an appeal on social media, a representative for An Garda Siochana said: “If you saw any suspicious activity overnight please call Kells Garda Station on: 046-9280820.”

This follows on from a separate trailer theft further south, in the east of the country.

Gardai have begun investigations in relation to the theft of a livestock trailer from a farmyard in Co. Wicklow in recent days.

The trailer was stolen on Wednesday night, March 13, from a yard in the Moneylane area, close to Arklow, in the south-east of the county.

Investigations are ongoing, Gardai have confirmed.

Anyone with information on the implement can contact Arklow Garda Station on: 04-0232304.

Meanwhile, a 4X4 and a trailer were among a range of stolen property that was recently recovered by Gardai in the midlands region. 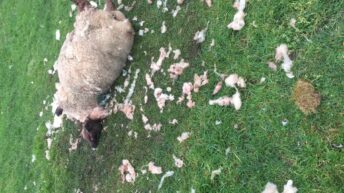