Trade focus: Breaking into the machinery business in Co. Waterford 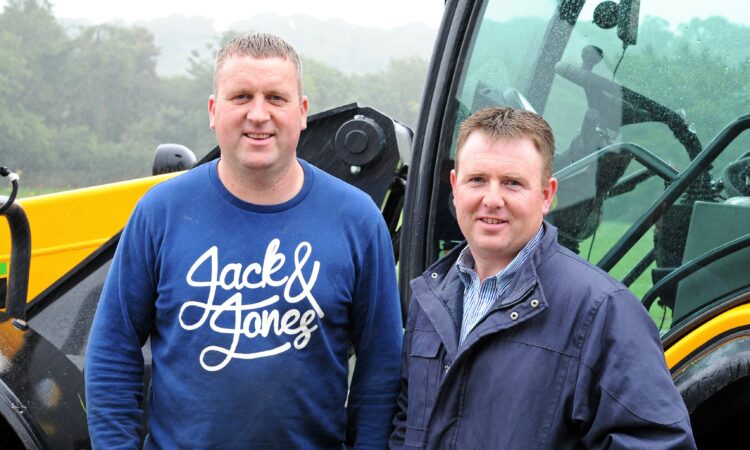 There are many who feel that Ireland already has enough machinery dealers and that there’s hardly room for any more.

To support this contention, they point to distribution arrangements in the US – where the trend is towards super-sized entities (each with several depots covering a huge region).

It’s a seductive argument; yet, it ignores the fact that Ireland has much smaller farms and a history of independently-minded manufacturers and agents who have driven innovation and the uptake of new ideas.

The dealership structure in Ireland is a dynamic arrangement; there has always been room for those with initiative and enterprise.

Into this melee has stepped the relatively new partnership of Sean Byrne and John Keane (see featured/main picture) – who trade as West Waterford Agri (Co. Waterford).

This year has seen them complete their second season in the trade; they appear to be happily experiencing a good deal of success.

John and Sean have known each other for quite some time; they were apprentices together at John McCarthy Agri Sales (Co. Cork), where they worked on a variety of machinery marques, including Krone and Claas. 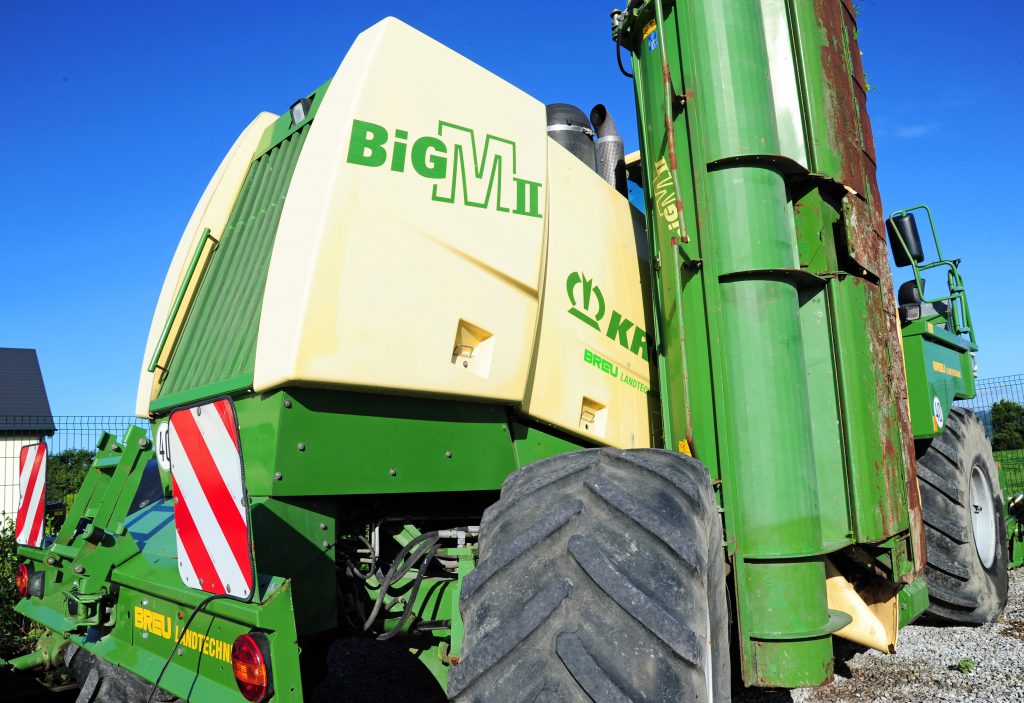 Eventually Sean went out on is own – servicing machinery as an independent fitter. Meanwhile, John spent some time in Australia – maintaining and repairing construction equipment.

The idea for starting a business together had been bubbling away for some time, but only morphed into its present form in 2017.

“It was a case of now or never,” explained John. It was on some land owned by his family that they set up their premises. 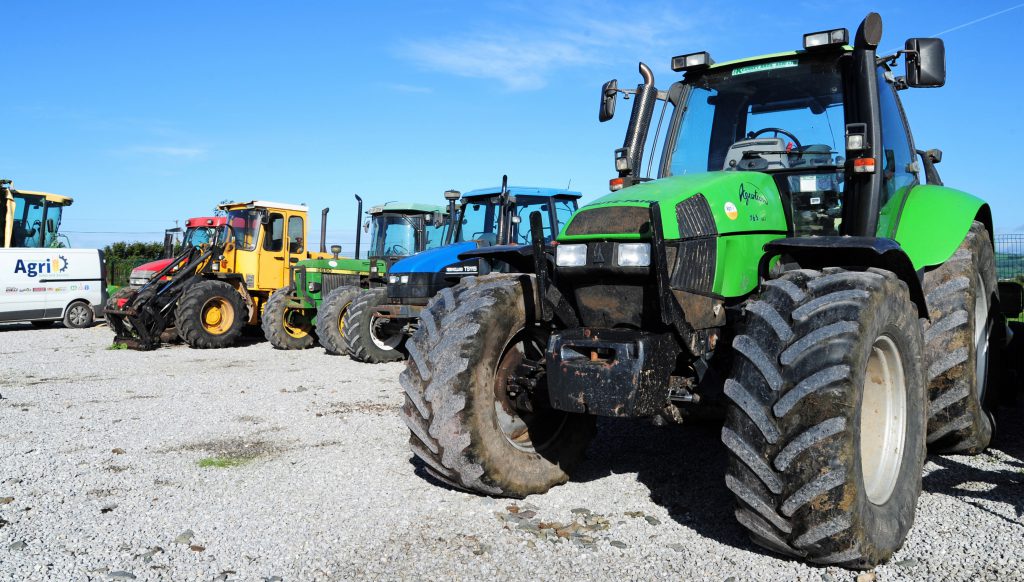 “We started off just repairing and servicing tractors and implements, but we were looking out for agencies from the beginning,” added Sean, who names Keltec Engineering as their first franchise.

Since then they have taken several more on board, including: Belair zero-grazers; Dieci materials handlers; SaMASZ grassland equipment; and Cross Engineering.

The pair are well acquainted with Dieci; it was another brand handled by John McCarthy during their time with him. Presently, they have a Dieci Agri Pivot (articulated telescopic loader) on demo. They say they are “delighted” with the response it has received. 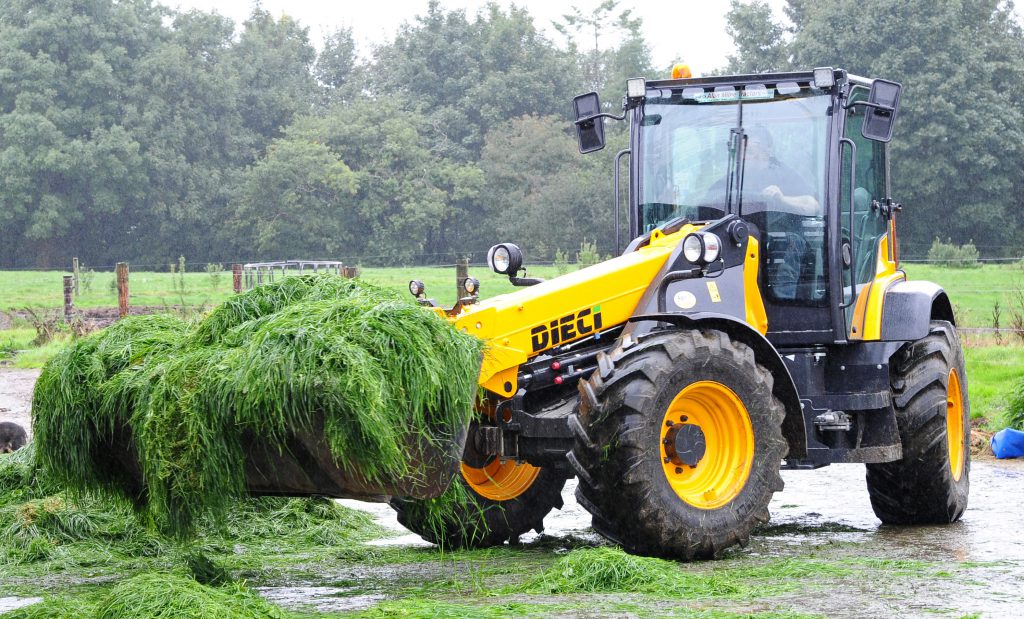 AgriLand caught up with this machine on a nearby 300-cow dairy farm, where it was being used to feed zero-grazed grass, as well as filling a mixer wagon. 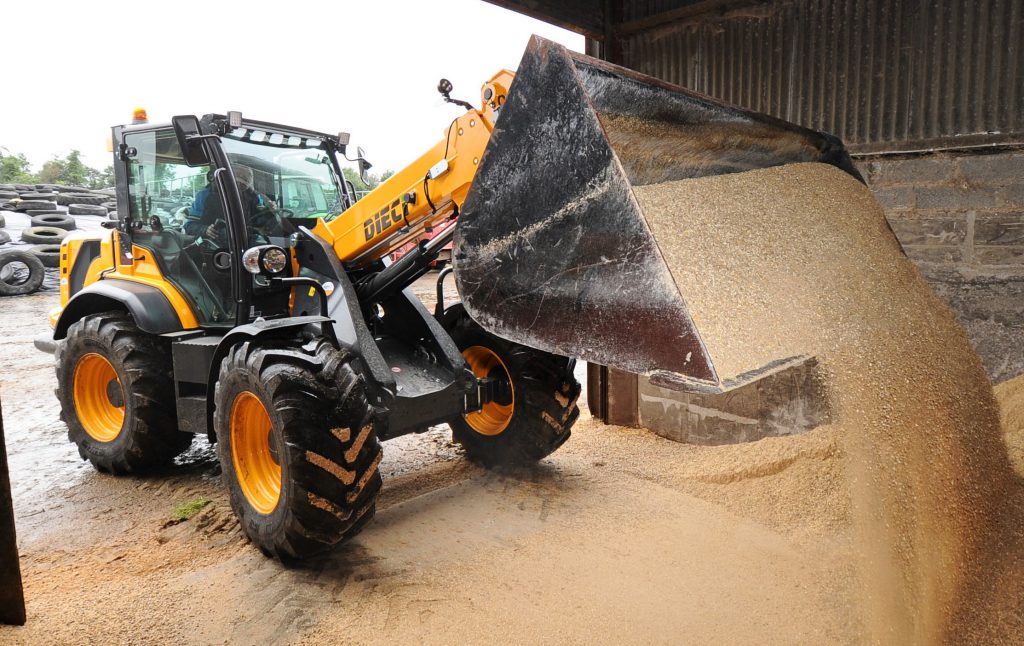 The operator commented on the machine’s “ease of use and performance”, but had other models to test before making a final decision on what to actually purchase. 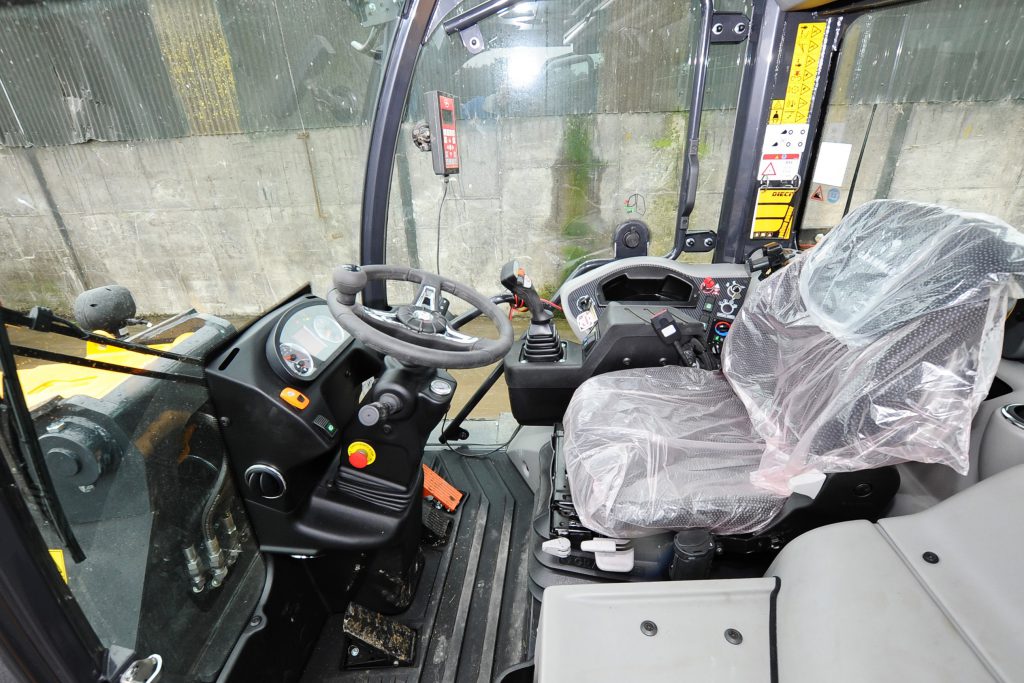 On the subject of mowers, the two men see an interesting trend developing – whereby farmer customers are swinging away from mower-conditioners and relying more on rakes and tedders to dry the crop.

Contractors, on the other hand, need to have them but, as John says, “farmers make their own rules”.

They also see a waning of interest in self-propelled mowers, due mainly to “running costs”.

“A 250hp+ tractor with a set of triple mowers will not be left far behind a self-propelled machine; it’s a great deal cheaper to purchase and run,” said John. 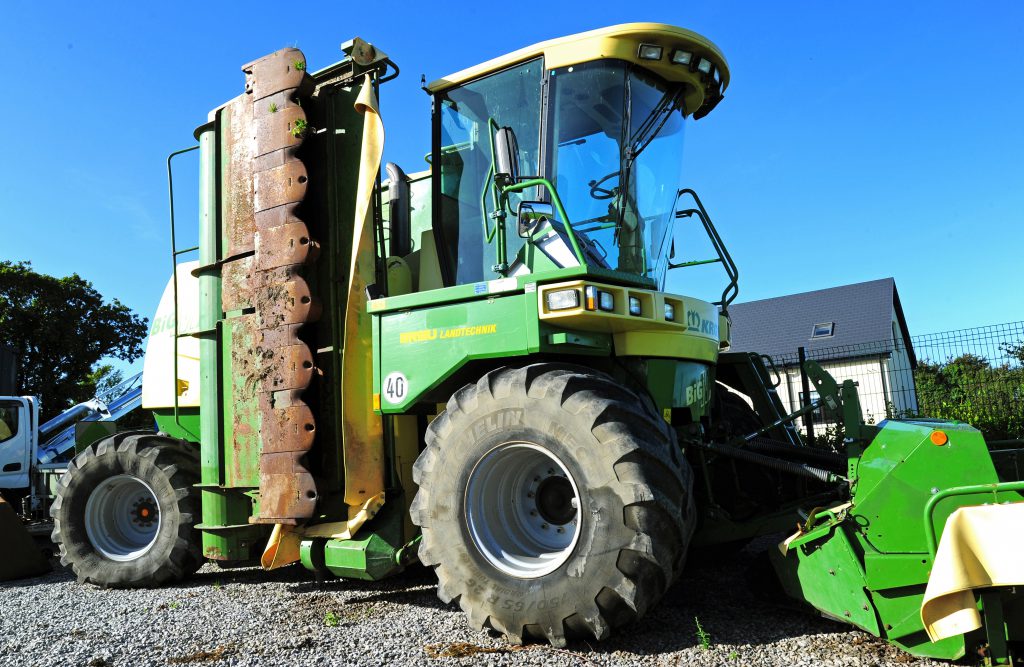 They also look after a smaller number of Krone BiG X machines and have apparently acquired a reputation for mastering the upkeep of both mowers and harvesters – presumably based on their previous experience with the brand.

There are many good reasons why they stocking and back the SaMASZ brand of grassland equipment, according to Sean. 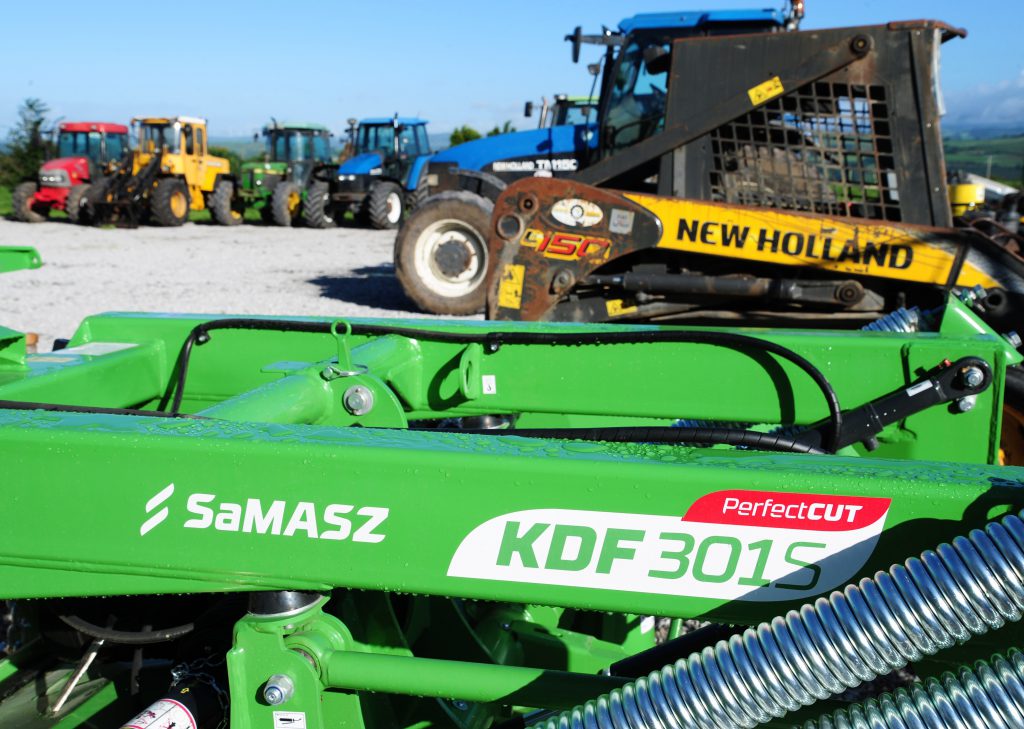 He explained: “[It has] a wide range of equipment and the Polish company, as a whole, is very forward looking.”

They’re looking forward to the manufacturer’s new Twist 600, which is described as a “basket rake”.

The area West Waterford Agri serves comprises both tillage and grassland farms – of varying sizes. Presently, the business is more focused on grassland activities, but the intention is to serve both. 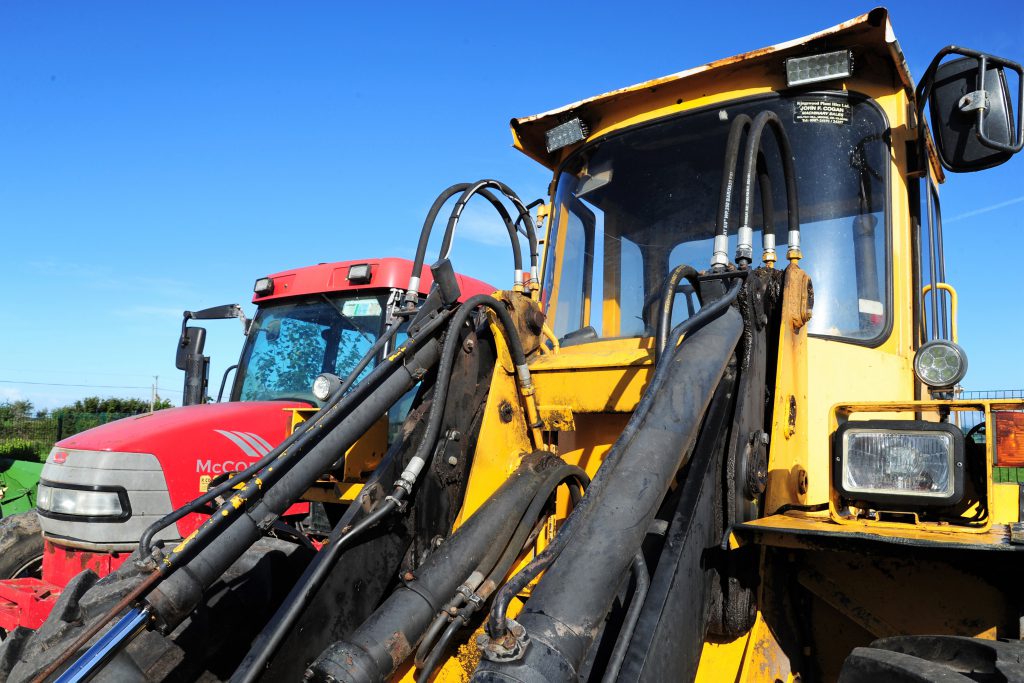 Meanwhile, the growing popularity of zero-grazing among farmers with 100-150 cows is another sector experiencing rapid growth, they believe. They’re agents for French-built Belair machines.

Being a relatively young and energetic entity, the partnership is constantly looking out for new opportunities; the lack of a tractor franchise is one gap they would like to fill.

As yet, there is nothing definite in the pipeline. Nevertheless, they will continue to build up a stock of used tractors and loaders; this should help to build up their sales profile – in addition to ongoing repair and servicing work. 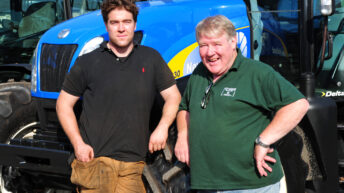