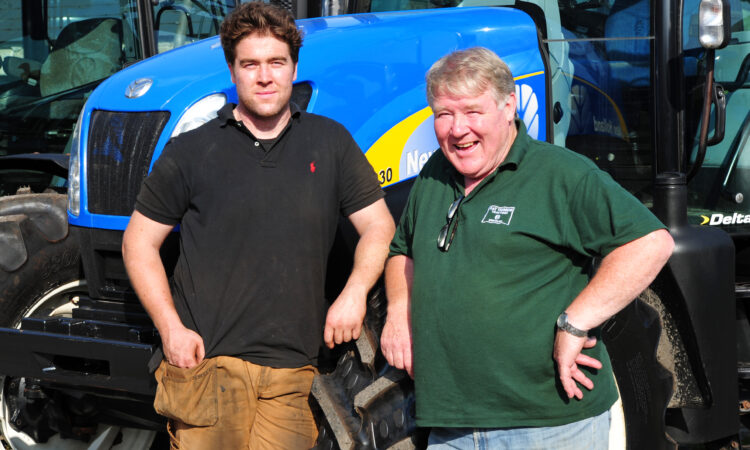 “The Ford 5000 and 7000 were iconic tractors and were as important to Irish agriculture as the grey Ferguson.”

It’s a bold statement, but Pat Timmins – founder of Pat Timmins Tractors (Co. Carlow) – will not be moved from this view.

These two models were imported into Ireland in huge numbers during the 1970s and 1980s, as Pat would know, for he was responsible for bringing a good deal of them across.

The 7000 was the first affordable 100hp tractor to become available in Ireland. It was very popular with contractors and larger farmers; they sold as fast as we could bring them in.

This would have been back in 1980 when he first started dealing in tractors – specialising in Fords. Currently, the yard is still a sea of blue, interrupted only by the occasional terracotta/red of a Fiatagri / New Holland from the 1990s. 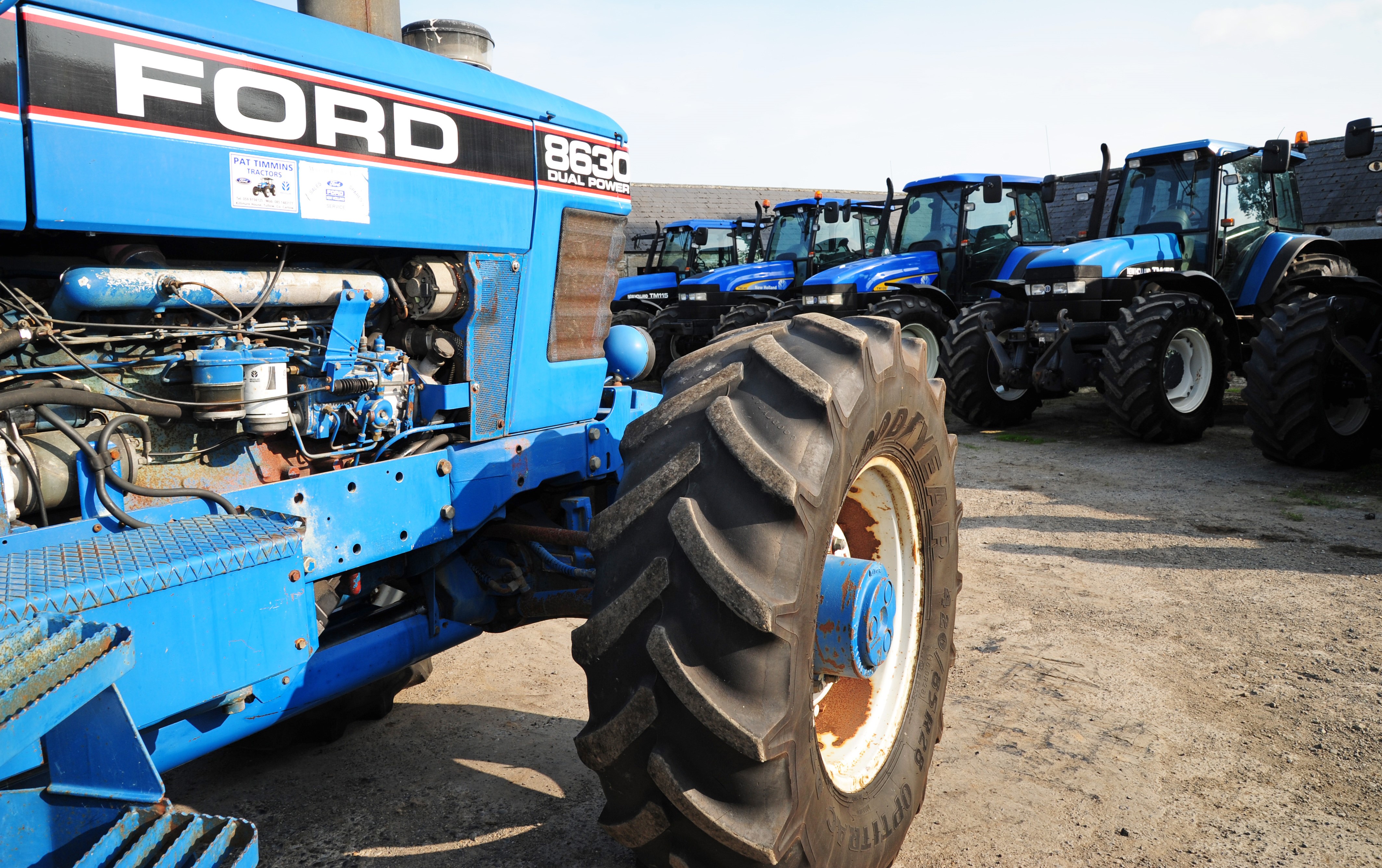 Despite tractor design having moved on tremendously over the intervening 40 years, there still exists a market for the early Basildon models. Neither Pat, nor his son Karl, are averse to dealing with modern classics.

Indeed, Karl is a great enthusiast of machines from Ford’s ‘golden era’ and has a deep knowledge and appreciation of models from the ‘Ford Force‘ range onwards.

This interest extends to Countys too. In the yard at the time of AgriLand’s visit was an 1174 (pictured below; on the left) from Norway which had somehow escaped being converted to forestry use.

Despite appearing to be in good working order, it will still be given a thorough make-over to bring it back to its original condition.

Pat was also a keen fan of County in its day; he brought many over from the UK. “It was a great tillage tractor and was only let down by its turning circle,” he noted.

The firm is still very much a family concern. Pat’s wife Mary looks after the books while Karl is now in charge of sales and marketing. It’s clear that his keen business sense takes precedence over any romantic attachment to his own favourite models.

“I wish I could keep many of them, but they are here to be sold,” he emphasised as he showed off a well-kept Ford 8630 (pictured below) which arrived from a farm here in Ireland. 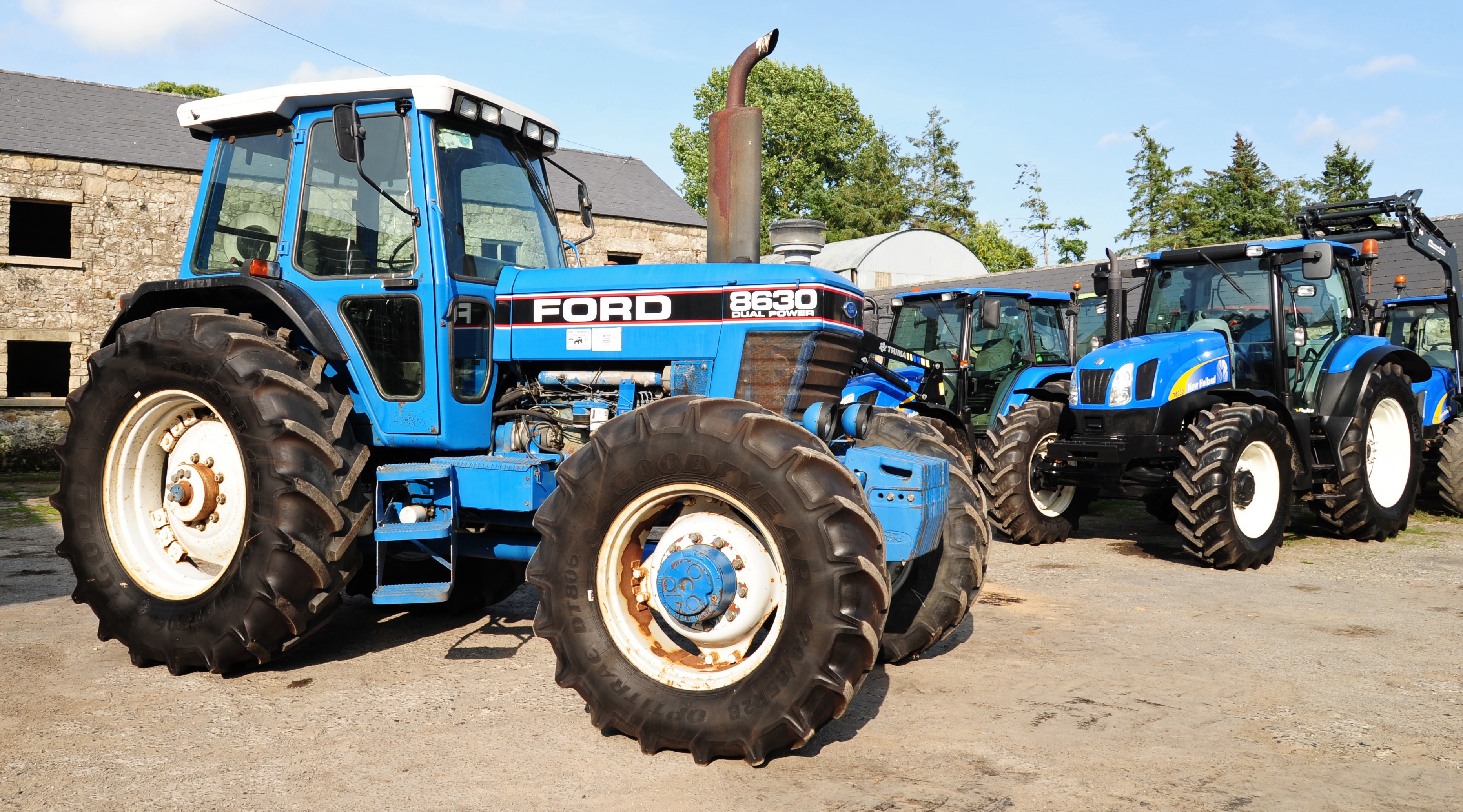 Yet, not many of their tractors are sourced in this country; most come from the UK or the Netherlands, while a few originate in France and Germany.

“Good tractors of 150-200hp are becoming almost impossible to find in the UK,” explained Pat. “We can source plenty of the larger models but up to 200hp is a struggle.”

Advertisement
Only tractors they know to be in demand are bought; they are reluctant to seek out a particular model for a customer.

“We’ve done this in the past and when the customer comes to view they might decide that they don’t want it after all,” commented Karl. “So we just stick with what we know will sell.”

Further experience has taught them that, despite being identical tractors, equivalent Case IH machines “don’t have the same value in them”. They are reluctant to trade in red versions from CNH’s line-up.

They have no clear idea as to why this is so. They suspect it’s because Case IH doesn’t have the legacy in Ireland that New Holland enjoys (thanks to its Ford lineage). 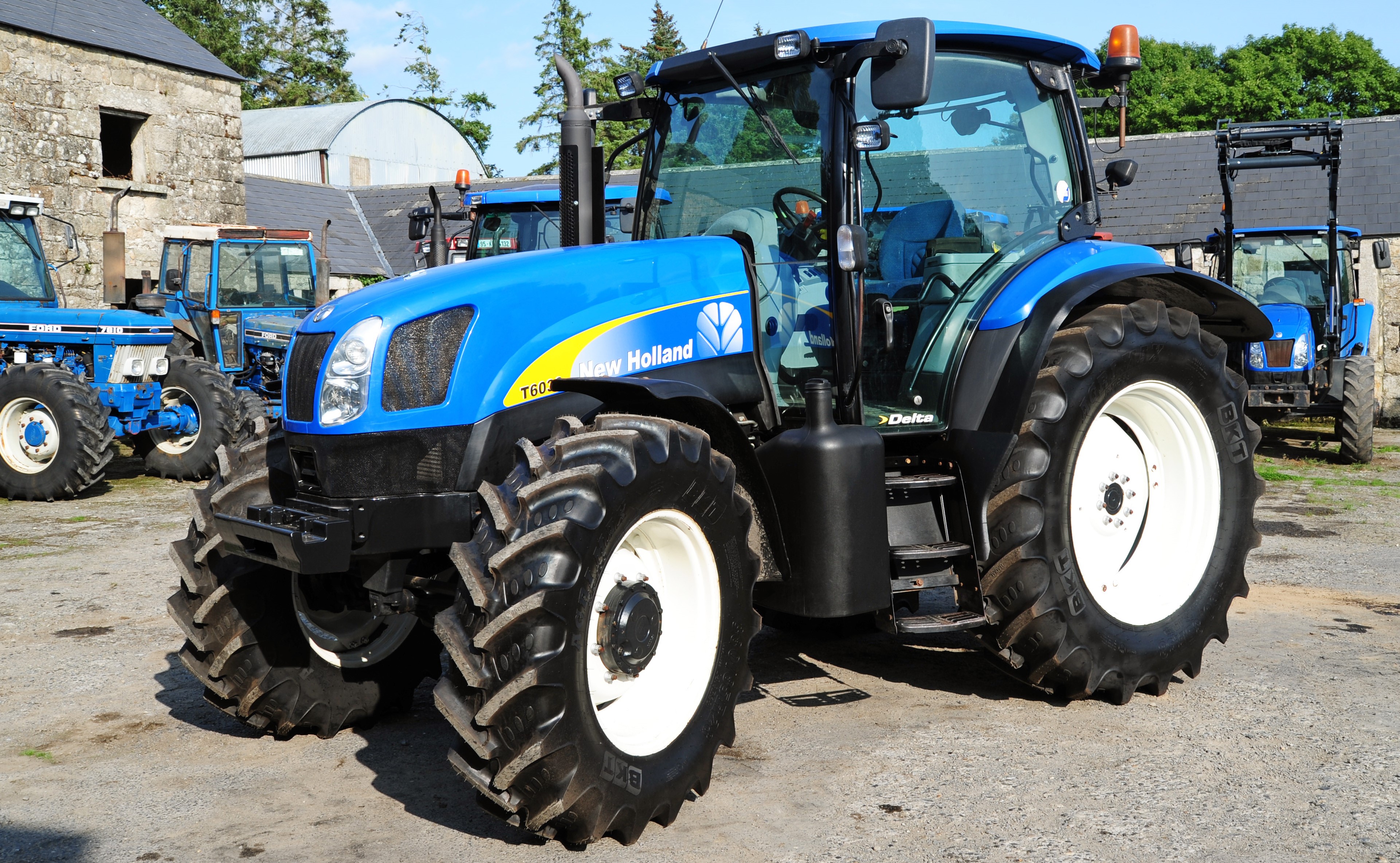 They will, however, bring in a few JCB Loadalls as they are considered “straight machines that are easy to work on”. But the numbers are limited.

Once purchased abroad, all tractors are shipped home immediately as there is little point in having them stand in a foreign dealer’s yard.

Having arrived, they are usually put straight out to sell. The servicing is done once the tractor is sold.

In nearly every case the brakes are replaced, as part of the pre-delivery work schedule.

“The advantage of dealing with one make of tractor is that we know it inside out,” noted Karl. “Our fitters have their own tools and techniques. Servicing the back-end is rarely more than a day’s job.” 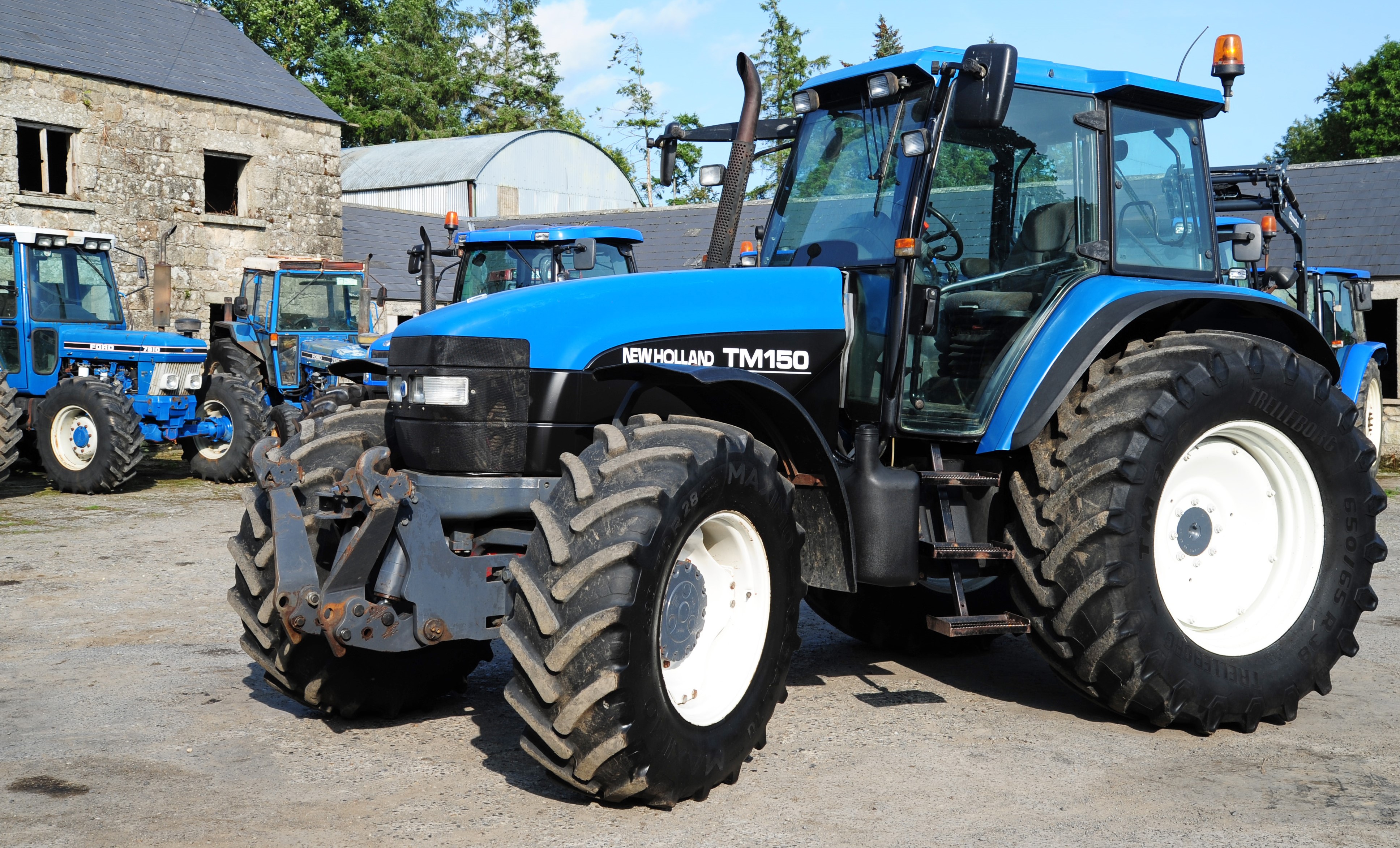 The business has a busy workshop that is almost entirely dedicated to preparing tractors for customers.

“We like to sell tractors that we know won’t come back to be fixed; and it is rare that they do.”

The fact that they sell a large number of tractors annually, with much repeat custom, suggests that they have the formula right. The business is thriving because of it.

The future holds no fears. Tractors will simply get bigger and the electronics may or may not get used; they are rarely a deal-breaker, it appears.

What is certain is that they won’t take on a (franchise/agency) dealership. Pat shudders just at the mention of the idea, pointing to the constraints that are placed on businesses by manufacturers.

“You are no longer working for yourself,” he said.

It is this independent spirit, and freedom to ‘steer’ the business as they wish, that is perhaps the firm’s greatest strength. 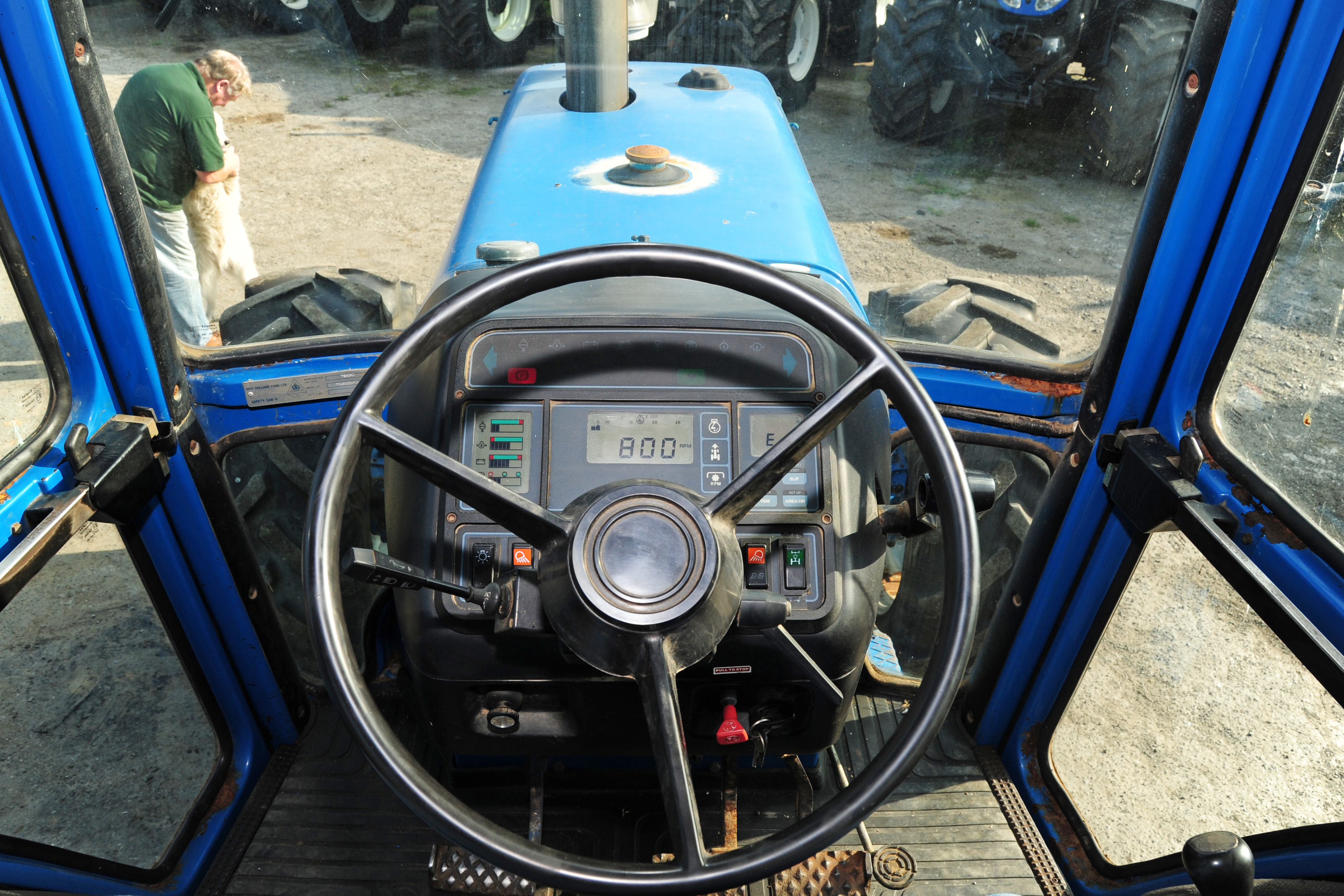 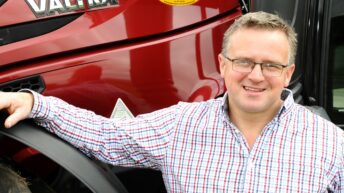