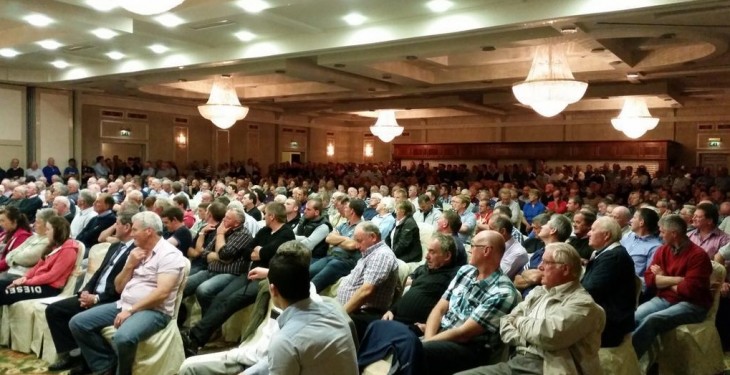 The emergence of a growing number of farm representative entities across the country will ultimately “dilute the strength” of the Irish farmers’ voice in Europe, MEP Sean Kelly has warned.

As it stands, there are now eight individual farm groups – of various size, stature and authority – that campaign on and represent the diverse views and priorities of the Irish agricultural sector.

Many of the smaller farm groups formed after breaking away from larger farm lobby organisations.

Speaking to AgriLand, the Ireland South Fine Gael MEP said he understands that splinter groups will form out of frustration over a lack of perceived progress in certain sectors.

However, he also cautioned that unity is needed in order to influence change at EU level.

“I can understand that splinter groups arise out of frustration, a lack of information and a lack of communication. But ultimately, when it comes to Europe and getting results, the more coherent the voice is, the better.

“And especially for the likes of us as MEPs so we can represent adequately and strongly the voice of the farmers in Ireland.

If you have seven or eight different voices coming at you with different views and proposals that are sometimes contradictory, obviously that is going to dilute the overall message.

Kelly also commented on the newly-formed Beef Plan Movement – which now asserts to have almost 15,000 members. The entity was established by a group of beef farmers that are largely, but not exclusively, members of the IFA.

Under its plan, the growing movement is aiming to return a cost-of-production price, plus a margin, to the primary producer.

“I can understand their frustration; the beef sector is under more pressure now than it had been.

But, at the same time, Ireland is a very small country – we are only one of 28 member states; with 11 MEPs out of 751 – so if you are trying to represent all these different views at the one time, you will probably end up representing no one.

“I don’t mind how many groups there are, but someone needs to pull them together to get a coherent policy at least for the priorities that need to be delivered over a period of time.

“The GAA at the moment is at loggerheads over fixtures; but it has to pull them all together and come up with a plan – that’s the only way you will do it.

Everyone can have their own plan; but that doesn’t mean it’s going to be accepted. If someone isn’t there with influence to push it, you won’t get anywhere.

“I don’t want the message for beef getting diluted because it’s too important.

“We want to be able to influence what’s happening; we are fairly well-respected in Europe and we need to say ‘these are our demands and we want them to be met’,” Kelly said.

Meanwhile, the MEP also called for changes to the Beef Forum – also known as the Beef Roundtable – which was established in April 2014 to facilitate open discussion between the industry and farming organisations on the strategic path for the beef sector over the coming years.

The Beef Forum hasn’t been as effective as it should have been and there is a danger of these things becoming a talking shop or they try to cover every issue without actually dealing with any one.

“They should take one issue at a time and, until that is dealt with, don’t even mention other issues.

“Take the beef grading system; they need to get in all the experts, look at it, explain it and reform it and then move on to something else.

“Instead, they have a packed agenda – they meet a couple of times a year and nothing actually happens. There is a danger in that; it should be about progress,” he said. 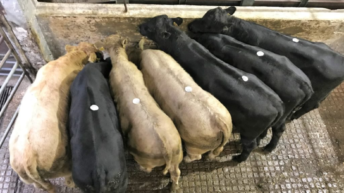 Mart trade: Prices steady as marts prepare to close up for Christmas