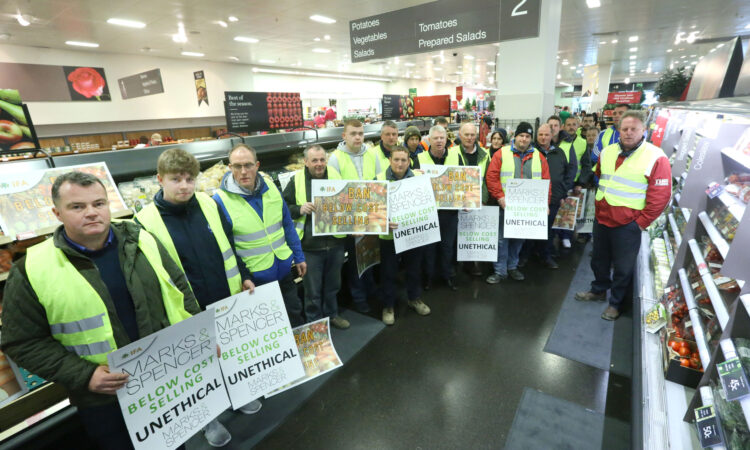 The issue of retailers selling vegetable packs for heavily discounted prices well south of the cost of production invariably comes back to bite the farmer, according to Joe Healy.

The president of the Irish Farmers’ Association (IFA) was speaking about the topic on RTE Radio 1’s Morning Ireland this morning (Tuesday, December 18), explaining why the IFA felt compelled to protest outside a Marks & Spencers (M&S) store last week.

“I think that idea of fresh Irish produce is what’s important to a lot of customers and while they say price comes into it, I don’t think anyone expects to get carrots or potatoes for 20c/kg.

It’s just not possible to produce carrots or potatoes for 20c/kg – and particularly in the year we’ve just had with the extra costs that are associated with the extremes in the weather.

Noting that Irish farmers experienced everything from rain to snow to storms to drought, the IFA president noted that one farmer told him that irrigation machinery alone that he had to buy to ensure the growth of his potatoes were costing him an average of €50/t.

It was put to Healy that the retailer’s response to such comments were that retailers “pay a fair price to their farmers; they have excellent, long relationships with them; and one of them specifically says that their pricing structure is not affected by the in-store promotions; that they cover their own costs on that”.

Responding to this, the president asserted: “I can assure you that it comes back on the farmer invariably – because all those retailers are about profits; and profits off the back of the producer – and they are the farmers.

“That proves that it comes back to farmers and invariably when the promotions are run this year and over the last few months and throughout the year, when the retailers go back to do the contracts or to do the tenders with farmers, they reflect that in the prices that they give.”

With retailers such as M&S selling carrots and potatoes for prices as low as 20c/kg, Healy put into context how much below the cost of production this is.

“Because you know as a vegetable grower, it’s going to come back on top of you again. And I think that’s what we wanted to highlight and that’s the idea of the protest outside Marks & Spencers last Friday.

“Just yesterday I was in Brussels where I met with the president of the European Agricultural Council and Commissioner Hogan to talk about the Common Agricultural Policy but also to talk about unfair trading practices and the report and the work that’s going on there – and that’s about ensuring that the producer gets a fair share from the market place.

At the moment, if you take all the commodities, the breakdown of the consumer euro, the farmer gets 21c, the processor gets 28c and the retailer gets 51c.

“So that’s not a very fair food chain,” Healy concluded. 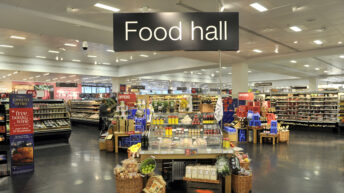