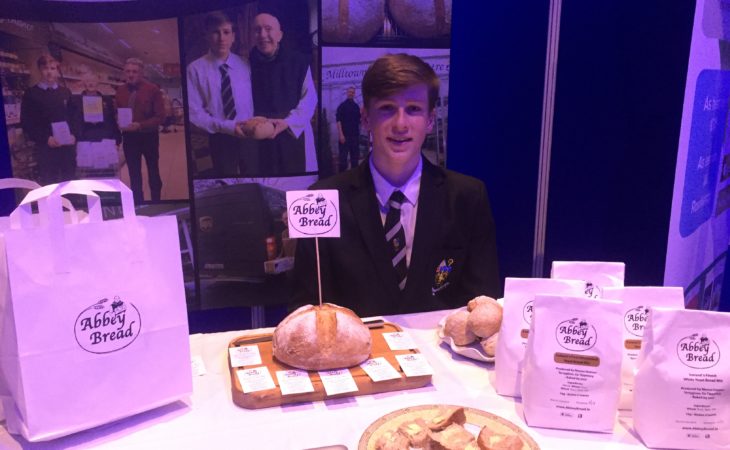 A Tipperary student with a farming background rose to the top at this year’s national Student Enterprise Awards, taking the overall award and the prize for most creative use of social media.

At last Wednesday’s final (May 2), Manus Heenan from Fushia Lane Farm, Terryglass – a student at Cistercian College, Roscrea – got a taste for success after recreating the wholemeal yeast bread that was made by the monks in Mount St. Joseph Abbey for over a century.

The farm continues to operate at the monastery.

The monks stopped baking the bread in 2010; but they were happy to share their knowledge and give me guidance on how to make the bread.

“I worked on the recipe and methods; it took a little while and lots of practice to perfect the mix but it worked out well in the end,” said the 17-year-old whose parents, Niall and Inez, have tillage and summer graze cattle as well as running an award-winning self-catering cottages enterprise.

“I like to do a bit of baking at home and my mam is a good cook. I make the bread mix in our kitchen which has been HSE inspected.”

‘Abbey Bread’ as the mix is known, makes a bread that is quite different, according to Manus.

It is higher in fibre and protein than a lot of other bread and a little higher in gluten. It is also vegan-friendly.

He said that he got a very positive reaction to the bread mix – both from those who bought the bread from the monks previously and also those who were new to it.

“I’m interested in supplying more shops so I will be looking into that,” said a delighted Manus. 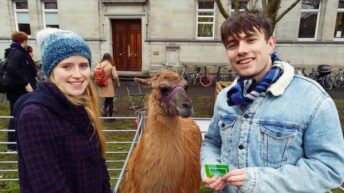 Trinity College’s new agricultural society is like ‘no udder’