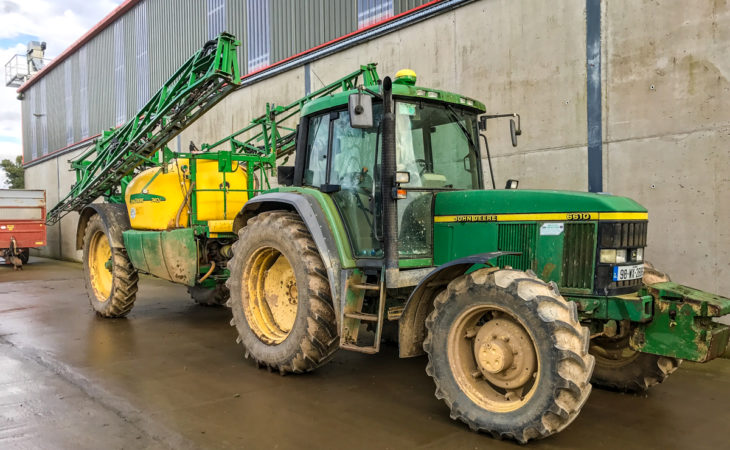 Mark Browne is a tillage farmer from just outside Enniscorthy, Co. Wexford. He farms with his brother Garrett and tillage is the only enterprise on their farm.

Mark recently took up a new role as the IFA (Irish Farmers’ Association) Grain Committee chairman; a job that not too many people would envy, as the tillage industry stands at a crossroads of low prices and high input costs.

Although Mark is busy with his new role, he’s hoping to commence spring work on the farm soon.

“We’re totally dependent on tillage. We’ve winter and spring crops. We grow barley, oats, wheat and oilseed rape. We have land on long-term lease, a little bit of conacre and the rest is our own,” Mark explained when AgriLand visited the farm recently.

Hopefully the weather is going to take up and it will be getting busy from now on. We’ve fertiliser to go out on winter crops and we’ll be trying to sow as early as we can.

“We’ll try and get our malting barley in as early as we can with the hope of getting low protein,” he added.

The brothers practice min-till on their farm. On this, Mark said: “In general, it’s all min-till using a grubber and a Vaderstad sower. We do a little bit of direct drilling as well with a Mzuri drill.”

The Brownes have no cover crops planted this year, but Mark thinks this might be something that they will move towards in the future.

“We don’t have much ground in cover crops. We are in GLAS but that isn’t one of our measures. We might sow some with the direct drill in the future.

“If you don’t get cover crops sown by September 1, it’s a waste. I don’t think we really need to do it on our farm at the minute anyway.”

In previous years, the Brownes imported poultry manure. However, the costs are too high at present and Mark thinks that spreading artificial fertiliser is the best option at present.

“It’s hard to get organic fertiliser in this area. We were drawing some from poultry farms in Co. Monaghan, but it was too expensive. So, it’s better to buy the fertiliser.

It was costing us too much by the time we drew it and spread it. Wexford is too far away from the source, but I’d say it will increase a bit.

Mark said that he wouldn’t be able to take on the position of IFA Grain Committee chairman if he wasn’t in partnership.

“I have help at home. I don’t have to be here full time. I probably wouldn’t be able to do it only for the fact that I’m in partnership with Garrett and we have a bit of help as well from Kevin.” 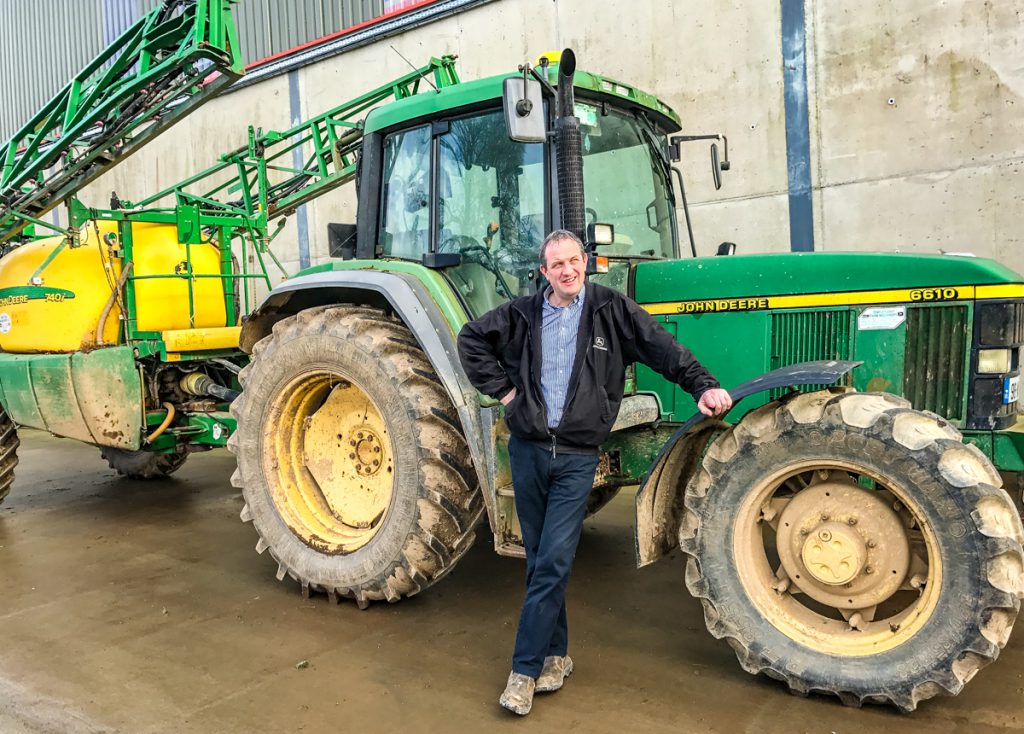 ‘We can’t take any more cuts’

Mark is very focused on getting a good deal for farmers in the upcoming Common Agricultural Policy (CAP) negotiations. The Wexford man stated that the deal cannot include cuts to the budget.

He will be meeting Minster Creed in the coming weeks to discuss the problems that are occurring the the tillage sector.

“The CAP payment structure is something that I will be pushing for strongly from here on in. If we are to stay growing native, high-quality grain for native use, we can’t afford a cut to our CAP budget.

“We are focused on the CAP; we can’t take any more cuts. CAP came about to give farmers a subsidy to provide cheaper food. We can’t go to the market place to increase the price of food.

We’re adamant that the minister looks at this and makes sure that there are no more cuts. If there are more cuts, grain farming in Ireland will move towards extinction. 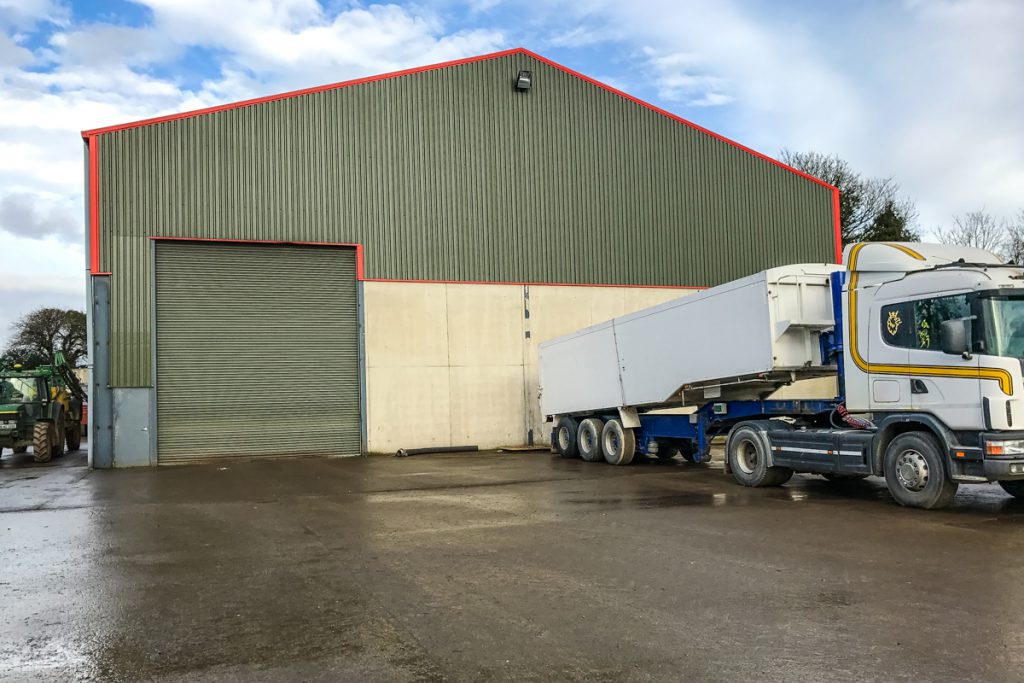 The tillage forum was held just over one year ago. The government published a report on The Future of the Tillage Sector in Ireland in November, but very little action has happened.

“We’re looking for a meeting with the minister rather than a forum, as a forum is too big and it dilutes the whole thing. He’s willing to meet us. We’re just waiting to get dates sorted, but we’re hoping it will be in the next two weeks or so.

He has committed to that meeting to discuss all of the challenges that face us at the moment and one of them is the quality of imported grain.

The IFA will also be asking the minister to consider removing some of the red tape and restrictions. Mark stated that the three-crop rule will cause problems this year, as farmers sowed less area last autumn due to poor weather conditions.

“There was so little sowing done in the back end of 2017, we want to get that loosened for this year.”

Not being paid for quality

When asked did he think merchants should pay a premium for Irish grain, he said: “To be fair, I suppose, we have to compete with world prices. We don’t have a problem with that, but we would focus on quality.

If our quality is ahead of imported grain and we’re being based at the same price, we have a problem with that.

He continued: “We have a major problem with some of the grain that was imported last year. It was totally under spec and our grain is up to spec and being compared at the same price.

“All we’re asking for is a level playing field and that imported grain is at the same standard as our grain; that’s all we can push for.”

As a full-time tillage farmer, Mark aims to make the sector more profitable.

“My main aim is to make tillage farming more profitable in Ireland. That’s what everyone has been trying to do up to now and I’m no different. At the times we’re in, no one would really like this challenge.

“There are certain things that need to be highlighted. Livestock farmers don’t want to buy poor-quality imported grain either.”

Mark explained that a vibrant tillage industry is needed in this country.

It’s obvious that you need a certain amount of tillage in the country for straw and native grain. It’s needed for land for organic fertiliser. For environmental reasons, you need land in tillage.

“I haven’t been on the malting barley committee for a few years. I’ve taken over from Richard Kennedy, who has done a very good job up to now.

“We need to make malting barley a premium product; we need to get paid for it and we also need to grow the industry with all the malsters.”

Mark stated that premium markets are needed to make the tillage sector sustainable.

“It’s very important that we increase this whole industry because it is a premium market. We need premium crops in Ireland to make the industry survive. But – if malting barley is at feed price – it’s not sustainable.

We want to see a sustainable future that growers can bank on growing these premium products.

“It’s our job to make sure that there’s enough malting barley grown in Ireland so that it’s not imported. We need to be using Irish grain in the breweries and distilleries.

“We know that we have to be competitive, but Irish grain is known for its quality in the brewing and distilling market. We want our share of the pie.”

The committee has made a change this year; farmers who grow for a range of malsters will now sit on the committee.

“We will be representing all growers on the Malting Barley Committee. We’ve made changes and four more members have been added to the committee to cover all of the malsters. That’s the first thing the committee has changed.

The second thing we do is deliver a price. We’re in negotiations over price at the minute and we’re seeking a meeting with Diageo, which we are going to get towards the end of the month. 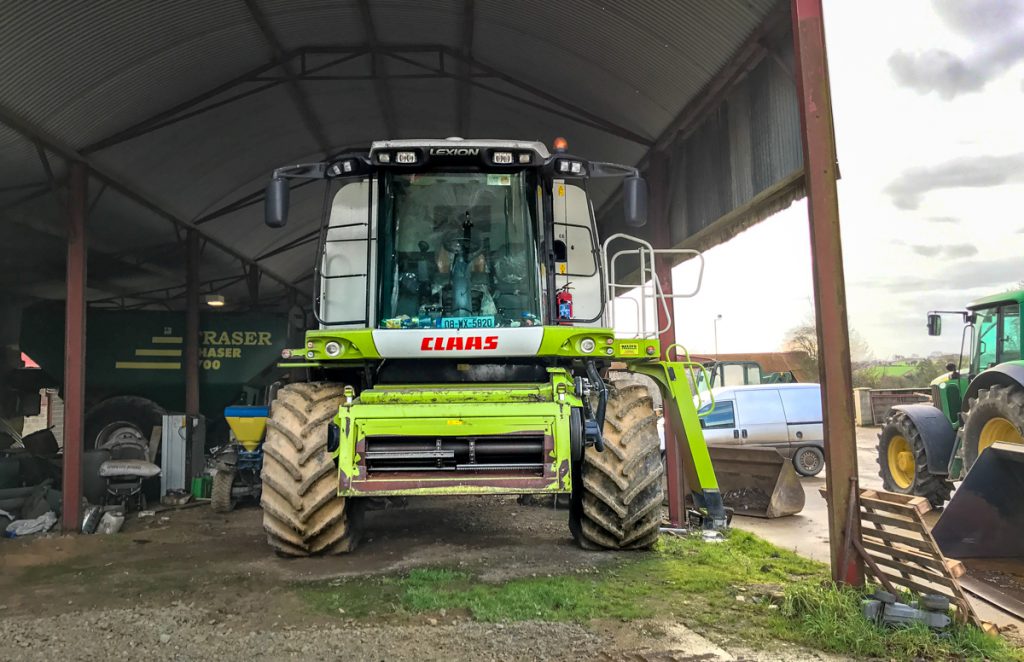 The IFA has traditionally met with Boortmalt over pricing. Meeting with Diageo is a positive step.

“It’s a positive step to outline the problems that farmers have on the ground across the table to Diageo. It’s about building a relationship and a sustainable industry.

One of the biggest challenges facing tillage farmers this season is fertiliser prices. Mark explained that the IFA has undertaken a lot of work in this area with the aim of reducing costs.

Speaking about fertiliser prices, he said: “The European commission will make an announcement some time in the summer.”

He added: “There are anti-dumping duties that would take at least €50/t off of the price and increase competition; we need that to be looked at by the commission.” 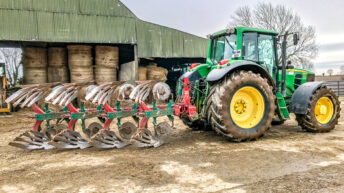 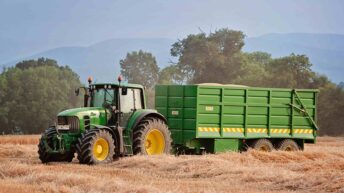