Young tillage farmers are scarce on the ground, but the small group that are out there are progressive. Eoin Lyons was harvesting winter barley on the ground he has rented a short distance from his home in Lisdowney, Co. Kilkenny, when AgriLand visited last Monday, July 15.

The crop, which was being delivered to Holland’s in Ballyragget, was coming in at 17% moisture and was the first to be cut on the farm. The Bazooka in the field next door was another week away.

It’s Eoin’s second year in the lease and it’s also the second year he has been driving the combine he purchased. Eoin also cuts barley for his father, Brian, who he shares machinery with. 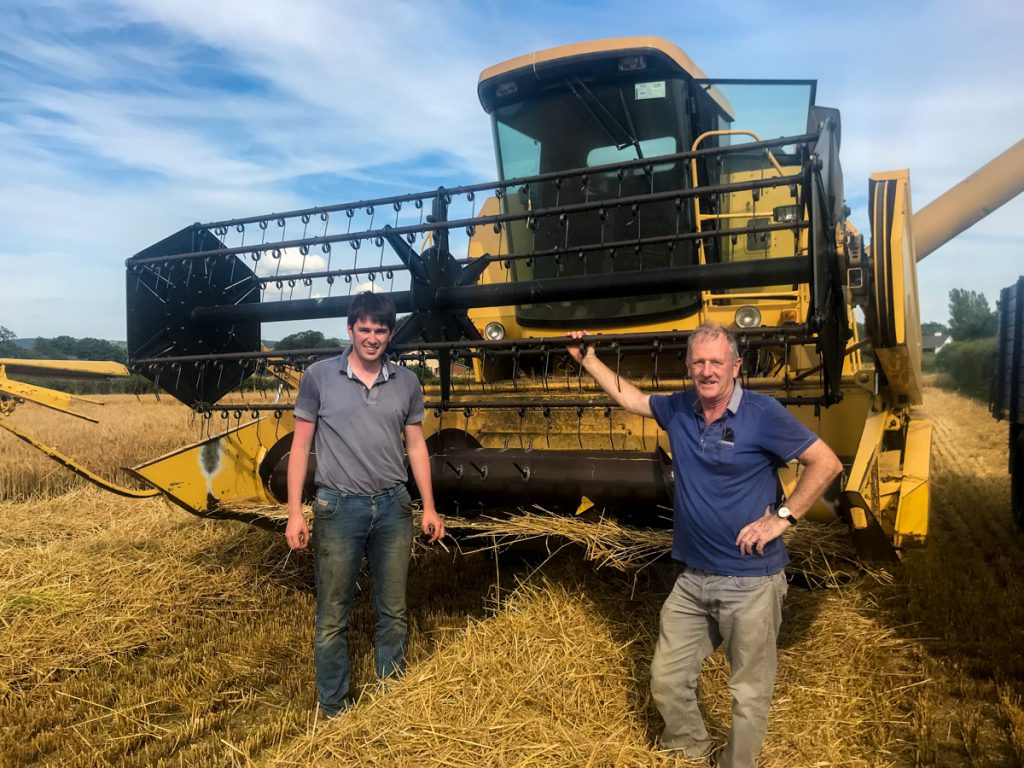 The Tower winter barley being cut was sown following the plough; however, Eoin is in the midst of converting the farm to direct drill.

“I bought the direct drill last autumn, so I’m introducing it before break crops,” Eoin explained.

It will be about three or four years before the whole farm is in ‘direct drill’ – once the breaks come around in the rotation. 25% of the farm is in a break crop every year.

Eoin’s rotation includes winter oilseed rape or spring beans – depending on the field and soil type. This crop is followed by winter barley, winter oats and two crops of winter barley.

This rotation also allows for seed crops to be grown and increase the price paid for the grain. Eoin grows seed oilseed rape for Seedtech and sometimes grows winter barley seed.

“Anywhere I can, I try and grow a seed crop,” he commented. 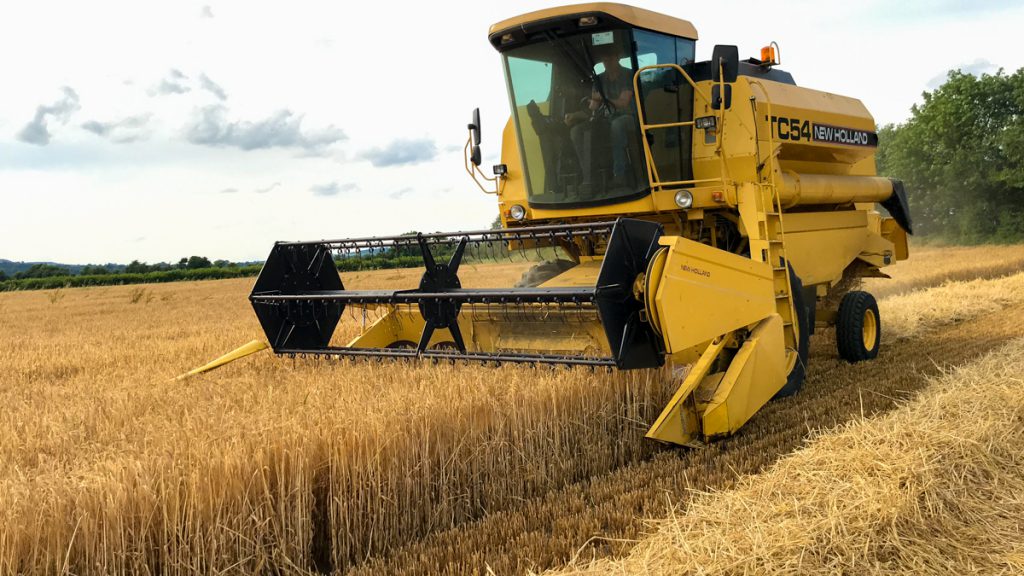 Why move to direct drilling?

When asked why he moved to the direct drill Eoin gave three main reasons – to improve the soil, save time and increase margin.

I’ve cut down on ploughing, tilling, rolling, herbicide and insecticide.

The Kilkenny man also works off the farm and so time is precious. Investing in the direct drill cuts out ploughing, tilling and rolling. This saves a huge amount of time. 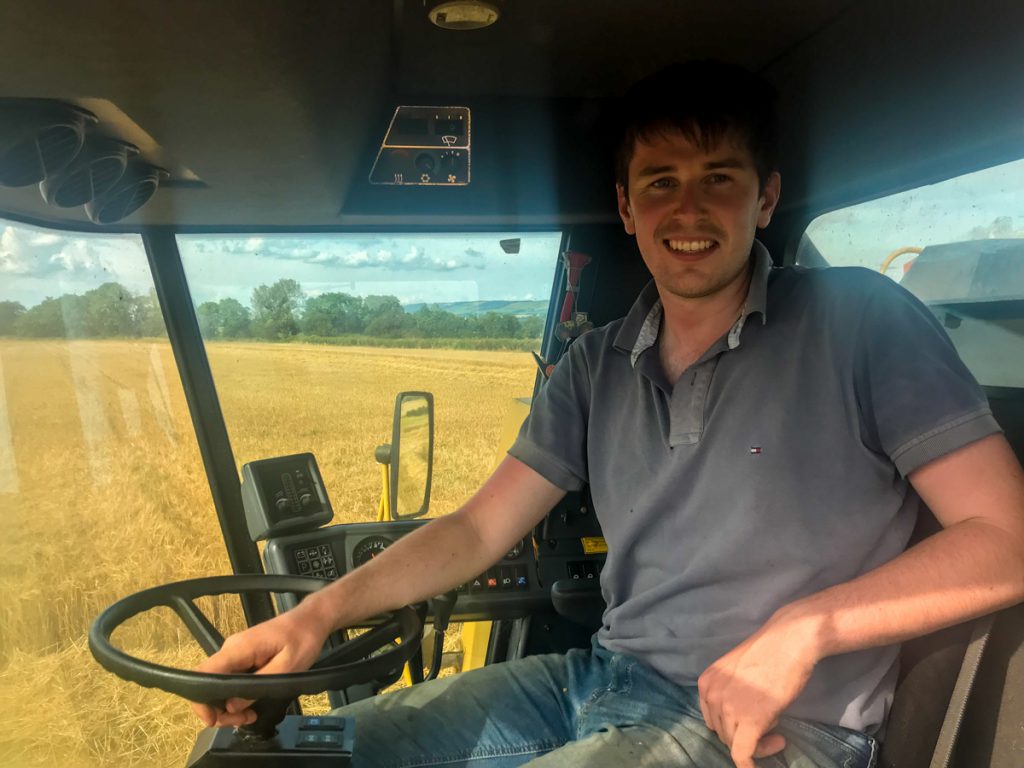 “The field beside us with the Bazooka was in oilseed rape last year. The rape was cut and the volunteers were allowed to grow. It was sprayed off [with glyphosate] the day before sowing.

“I sowed into the volunteers and no herbicide was applied after this.” 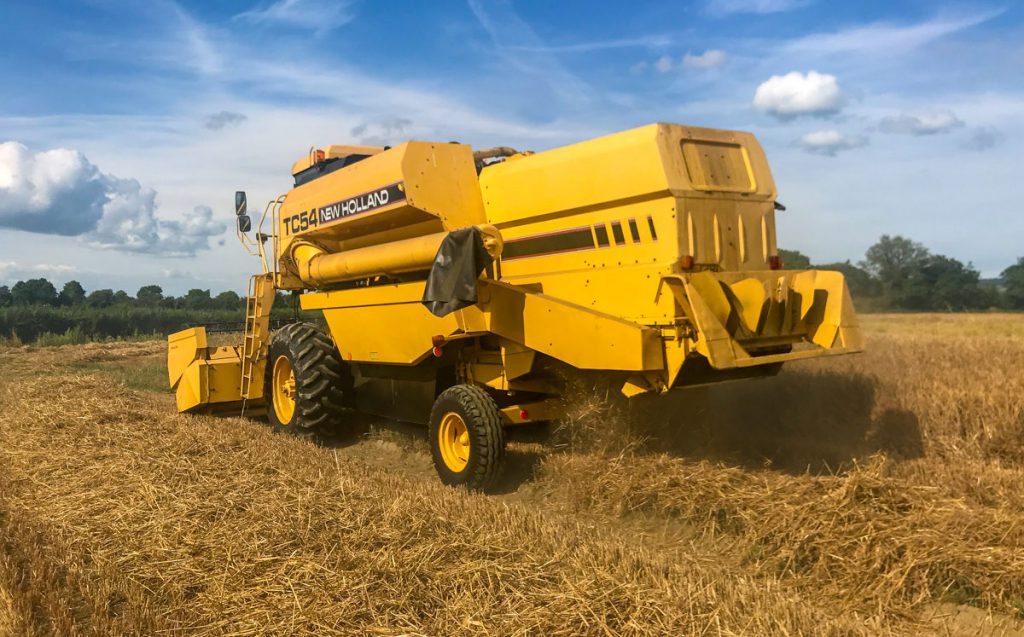 Cover crops are essential in a direct-drilling system

Eoin commented that cover crops are a must when working in a direct-drilling system to keep the soil aerated and loose. They also add benefits such as protecting the soil from erosion and helping to increase soil organic matter.

“There’ll be a cover crop planted here in August. Oats and vetch, before spring beans are planted next season.”

He added that he doesn’t have any oats this year – he sometimes grows equine oats for Connolly’s Red Mills. However, he did grow a headland of oats to produce seed for cover crops.

“I don’t actually have a crop of oats, but I took a headland on a spring barley field where we had westerwolds last year. I just put in a headland of oats.” 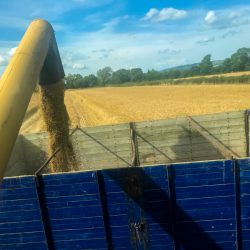 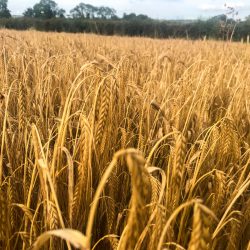 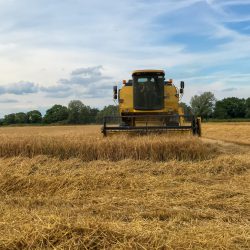 Eoin looks after all of the agronomy on the farm himself and while Eoin was cutting a two-row winter barley variety, which got two fungicide applications, he also has some hybrids. He grew a small area of hybrid barley two years ago and now that he has some experience with the crop he thinks he will make the change over.

“Looking at it now I’d say it will be all hybrids next year. They’re easier managed and there’s less disease pressure. There looks to be better potential in them.”