Combines were rolling in high numbers by Sunday and Monday of this week. One area where a significant amount of barley has been cut is south Kilkenny and Tipperary.

AgriLand spoke to James Irish, of Brett Brothers, to get a better picture of crop yields and quality. He commented that a lot of barley came in on Monday, July 15, and more crops will be ready towards the end of the week.

He added that this is not ideal, given the current weather forecast – wet weather is due towards the end of the week.

“The weather is coming at the wrong time. Crops will need to be cut, because they’re starting to brackle where they’re nearly ripe.”

At present, yields are running between 3.5t/ac and 4.5t/ac and while there were an odd few crops over this level, they weren’t common.

Advertisement
James noted that the average moisture content across Brett Brothers’ grain intakes were 18%, while the average KPH was 63.

“Quality is variable. Screenings are higher than you’d like and bushel weights are in the late 60s, but yesterday evening crops were getting better, because crops were riper and a lot of the problem crops had been cut. In the first couple of days, there will be issues with quality.” 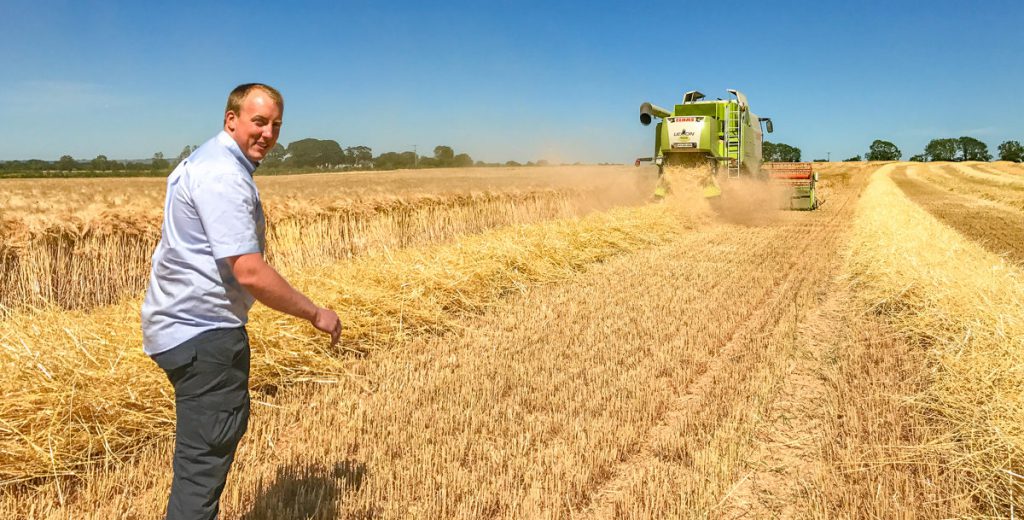 James Irish out checking harvest progress in 2018 in Co. Kilkenny

Given the mild winter gone by, take-all and barley yellow dwarf virus (BYDV) were common problems and will not have helped quality.

Straw is yielding approximately 14 bales/ac on hybrid crops. Two-row varieties, which take up the majority of the market, will not be expected to yield as well.

It’s early to talk about price, as straw isn’t on the move yet and a large number of customers at this time of the year would be regulars, but farmers in the area are expecting to get a minimum price of €18-20/bale.