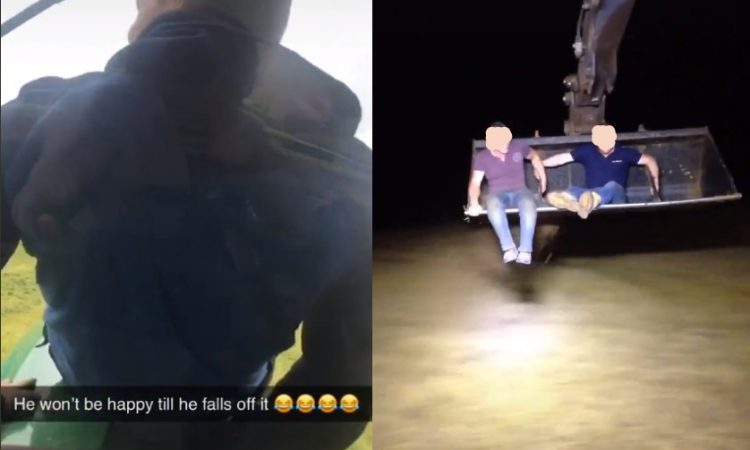 People who are recording pranks with farm machinery for uploading on the TikTok social media channel have been deemed a “disgrace” by the Irish Farmers’ Association (IFA).

Hitting out at such individuals, IFA president Tim Cullinan said:

“This practice is grossly irresponsible and is an accident waiting to happen.

I am disgusted that people could be so casual and have no regard for the dangers involved in what they are doing.

Videos have emerged in recent days and weeks, depicting people being recorded in precarious situations such as on the bonnet of a working tractor, climbing up on farm machinery or in the bucket of a turning excavator.

With eight farm fatalities already this year, Cullinan said those carrying on like this should take a hard look at themselves.

“Too often, people are not willing to act responsibly and identify the risks,” he said.

“All farmers and contractors need to make it clear to their employees that engaging in these practices is a sackable offence,” he said.

Last week, the IFA president issued a statement where he stressed:

“As farmers we have to take the lead role in addressing this issue and that starts at home on our own farms.

There have been eight confirmed deaths on Irish farms this year. This is not just a statistic – behind the numbers are heartbroken families.

Cullinan said his organisation’s stance on farm safety is clear: Farmers have to put safety first on their farms.

“The reality of the figures of injury and death on farms is devastating for the families involved.

“Farmers need to be serious about recognising the dangers of their workplace. They need to minimise all risks while taking on every job, both for themselves and others,” he said.

8 deaths on Irish farms this year: ‘Farmers have to put safety first’