‘The chop of the Comprima is absolutely 100%’ 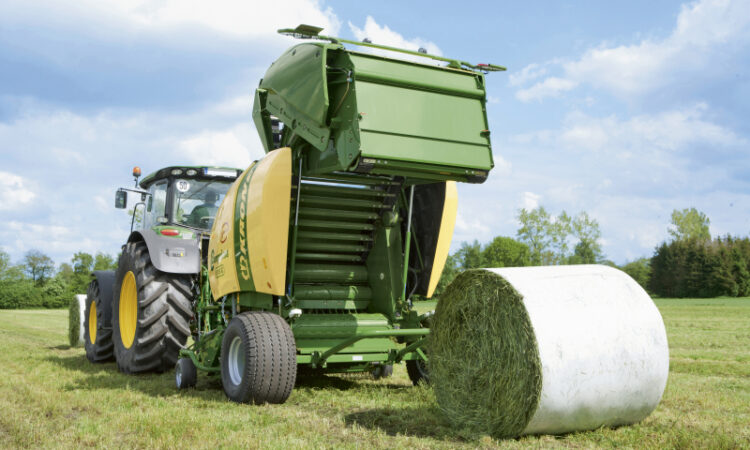 With harvest windows becoming shorter, and a fodder crisis fresh in farmers’ minds, quality-baled silage is a top priority this season.

Two Co. Laois contractors have been putting their Comprima balers through their paces and have been impressed with performance so far.

When choosing a baler Michael and Joe Cass had three elements at the top of their wish-list – performance; chop quality; and bale density. The Comprima ticked all of these boxes and a few more besides, according to both Joe and Michael.

“It’s a very solid baler and makes a bale better than anything else out there. The camless pick-up means it’s great to handle material,” Joe explained.

Both men invested in Krone F155XC HD balers last season and have used the bales produced over the winter period.

I’ve noticed that the bales keep their shape throughout the winter; without any flat edges. This shows what a good bale it makes.

“The chop of the Comprima is absolutely 100%; I can’t say a bad word about it,” Joe added.

An added advantage of the Comprima is that it can change over from 4ft to 5ft bales in seconds; this quick change-over can be seen in the short video below.

The camless pick-up is a major selling point of Krone’s balers; it allows for faster intake, but also has fewer moving parts and – therefore – less breakages; less wear; and fewer greasing points for easier maintenance.

Michael is getting on well with his new purchase.

“I like the Comprima a lot; it’s flying. The intake is absolutely savage thanks to the camless pick-up.”

Joe is running his baler on a 110hp tractor, which he finds is working very smoothly.

I also appreciate how it only has three pipes going back to the tractor, which makes it light on hydraulics and easy to drive. I am running my baler with a 110hp tractor and it’s plenty. 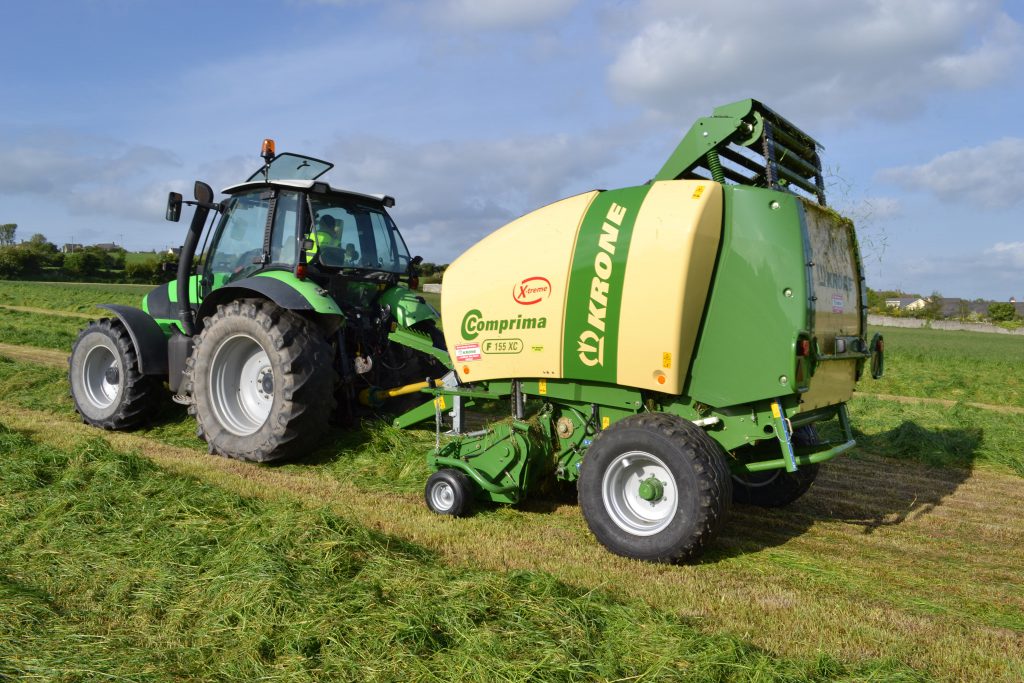 Michael was impressed with the baler’s intake and very importantly the service provided after the sale of the machine.

Whenever I’ve needed anything Eardly Agri-Services has been great to deal with.

“The bale is very dense and the chop is perfect. Overall, I’m delighted with the baler and the bales that it’s producing,” Michael explained.

Krone Finance has begun offering a finance scheme on the F155XC HD baler. Nine payments of €3,500 (excluding VAT) can be made over five years.