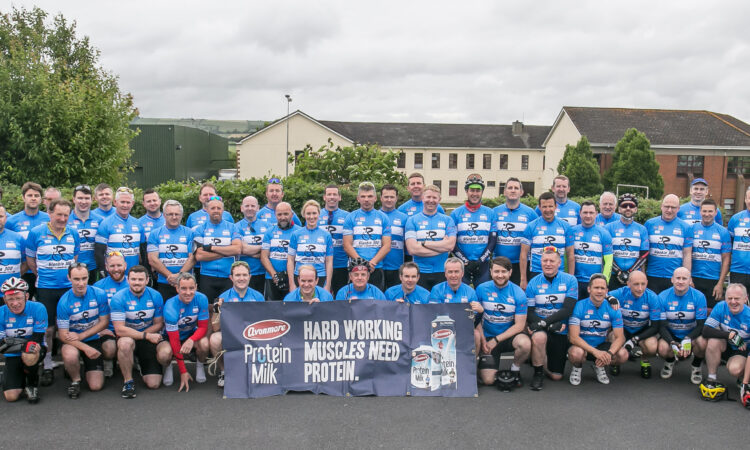 A total of 55 Glanbia cyclists got on their bikes to raise money for local charities last weekend as part of the annual ‘Glanbia 300 Cycle’.

Taking off from Glanbia Ireland’s flagship site in Ballyragget, Co. Kilkenny on Friday, June 15, the cyclists clocked up more than 300km on their bikes on a round-trip route to Dungarvan, Co. Waterford, which took in towns including Cashel, Mitchelstown, Fermoy and Cappoquin.

The funds raised in this event will benefit causes including Breast Cancer Ireland, the Good Shepherd Centre and the Amber Women’s Refuge in Kilkenny.

This comes hot on the heels of the “Bale Pink for Breast Cancer Awareness” message for farmers as Glanbia Agribusiness returns with its successful #PinkBales campaign in aid of Breast Cancer Ireland.

This will be done through sales of a special edition pink Mastercrop Agristretch silage wrap.

More than €25,000 has been raised in the last three years from Glanbia’s #PinkBales campaign for Breast Cancer Ireland.

For every roll of the pink Mastercrop Agristretch silage wrap purchased across all agribusiness and CountryLife branches – as well as online on GlanbiaConnect.com – a donation will be made to the charity.

Farmers are encouraged to share photos and videos of their pink bales on social media, using the hashtag #PinkBales – and with good reason.

This year, Glanbia Agribusiness will award a range of prizes for the best photos or videos received through social media.

Supporters can also donate to the campaign by buying a Breast Cancer Ireland trolley token key ring or pin for €2, available through all of Glanbia’s 53 branches. 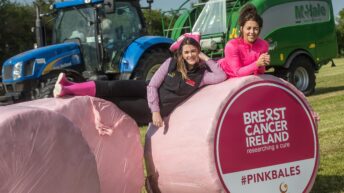