That farmer with the hash hat has burnt it! 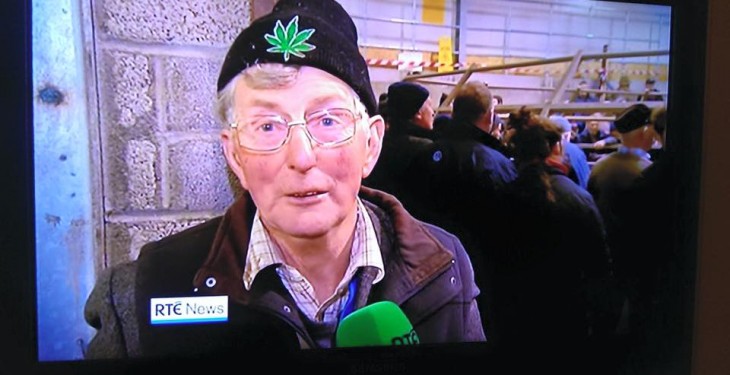 The farmer wearing the hat with a cannabis leaf became a viral hit on social media after he was interviewed about the IFA pay scandal on RTE.

However, the farmer has since told KCLR radio station that he’s thrown the hat into the fire.

KCLR Live found the farmer who it identified as Willie Wallace from Newtown, Crettyard, Co. Laois.

The farmer didn’t wish to comment on KCLR Live but told them that he had “no interest” in any more talk of the hat so he “threw it into the fire”.

Wallace did however tell the radio station that he runs a museum from his home and invited KCLR to come out and interview him about it.

“We have butter churns, old bicycles and all sorts,” he said.

Agriland posted the photo of Wallace onto our Facebook page on November 23, after he made an appearance on the news.

Comments under the video included ‘jaysus the cows will be fairly happy if he’s feeding them that’ and another said that it was ‘purely medicinal‘.

One reader commented that she was still laughing after it and that it “took the heat off the IFA. Dad thought t’was a xmas tree on his hat’, she said.

Wonder how many tonnes to the acre he is growing? 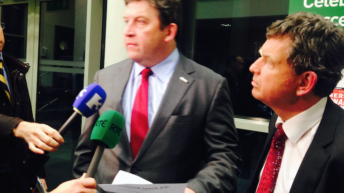 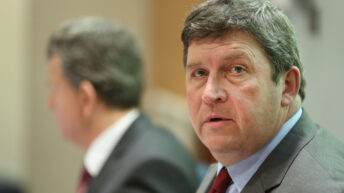