‘Team effort’: Farmers urged to work together in face of adversity 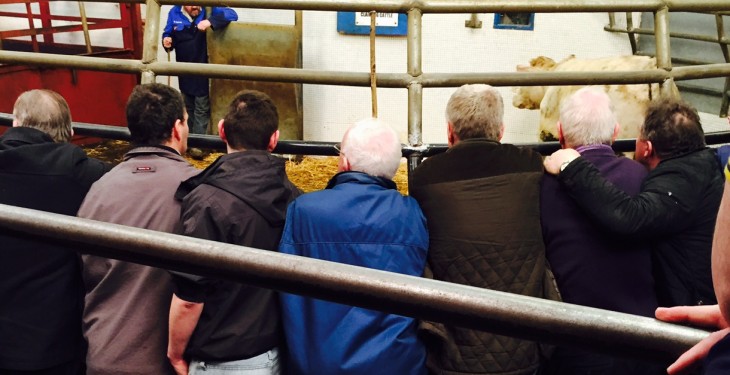 Farmers need to work together to help each other out – instead of going it alone or being pitted against each other, according to speakers at Embrace Farm’s Resilient Farmers’ Conference yesterday, Thursday, April 26.

Embrace Farm joined forces with Rural Support and the Yellow Wellies Farm Safety Foundation in the UK to organise the event in Portlaoise, Co. Laois.

The conference brought experts and panellists across the farming industry to speak on the day, including a number of farm accident survivors who voiced their experiences and challenges.

A common theme, voiced by the panellists in the first ‘fireside chat’, chaired by Helen Carroll, was the need for unity and empathy among farmers.

Maria Feeney, a lecturer in sociology from Dublin City University (DCU), gave a presentation to the gathered crowd, outlining the demographics of rural Ireland and exploring the factors of farmer vulnerability.

Commenting on the isolated nature of farming, she said: “I was talking to a colleague in DCU yesterday and we were talking about addiction; she said that she had read a recent quote that she said was “so powerful”:

‘The opposite to addiction is not sobriety; it’s connection’. And we need those connections.

When asked if there was one aspect that could be changed to make life a little better in rural areas, Feeney called for greater equality in general.

“Having the services there that people need and having a more equal society.

Kevin McGarry – who lost both his legs from above the knee and suffered burns in a scrambler bike accident in New Zealand, and now runs his own farm in Co. Roscommon – voiced the view that, indirectly at least, farmers are constantly in competition with each other.

When asked what one change he would like to see made to Irish agriculture for the betterment of farmers, he said:

“I would probably like to see less [of farmers] almost being pitted against each other.

“Maybe not on the surface, but when you get down to it, there’s two of you going for the same bit of ground or something; it’s all hell for leather.”

Kevin said that he believes “the brakes maybe need to be applied a small bit, and a bit of perspective put into it” adding that it’s important to realise that farmers are “not directly in competition all the time”.

William Sayer, an accident survivor who lost his right arm in an accident with a PTO shaft when he was 12 years of age, reinforced this view.

“I believe that this room should be twice filled with as many people again, because the farmer today, as I see it, he’s keeping me in a job selling tractors.

“We take so much off the farmer. We all have a responsibility; and if we do not look after the farmer, the nutritionists, the vets, the meal merchants, the sales people selling the tractors and machinery, all the rest will have no jobs.

So I say today it’s a team effort. And we should have so many more here today. Because if the man is not there, the wellies are lying empty.

“Today could be the start of the reigniting of something great for this country; that we could actually put a bit of resources and value, and work as a team effort. Let’s work alongside them.

“We need each other; and if we don’t look after each other, they won’t be there in the future,” William concluded. 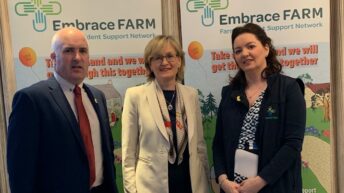