AgriLand paid a visit to a Co. Carlow contractor – Alfie Byrne – to catch up with his team as they lifted their first field of silage this year. It was especially noteworthy, as it was the first outing for his new self-propelled forage harvester – a 191-reg Krone BiG X 530.

The machine was being put through its paces in Kildavin.

John W Anderson spoke to Alan Gregan, who works for Alfie. Among other jobs, he drives the forager – not just during the grass silage season but also when tackling whole-crop and maize.

Commenting on the harvester, Alan said: “She’s only after arriving this morning [Saturday, April 20]. It replaced a similar Krone [BiG X] 530 harvester after three successful seasons.

“Hopefully the new one will go as well as the last one did. We had great back-up service from Jim Power Agri Sales.

“The original 530 replaced a Claas [Jaguar] 850 that we ran for seven years; it was a lovely machine too.”

He continued: “The Krone has a nice few things over the Claas. It has the extra feed-rollers, which make it very smooth. You have a very comfortable cab; everything can be done from it – chop length; everything…” 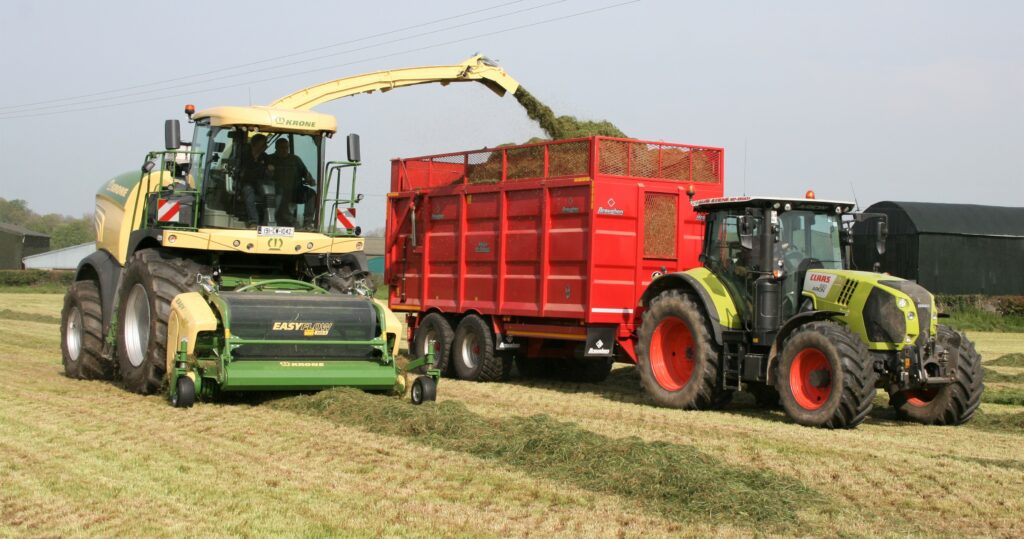 “It’s an absolutely terribly manoeuvrable machine; it would turn around anywhere.

According to Alan, the reason Alfie changed to a Krone was because he got a good deal at the time. He explained that “a few of the extras on the Claas are standard on the Krone”.

He then went on to describe the other machines in the outfit. 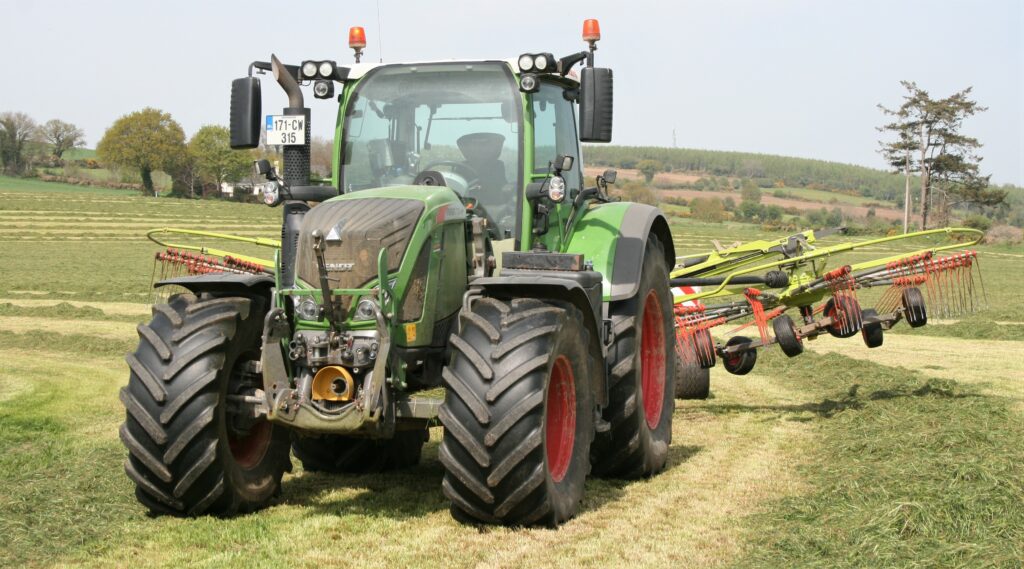 He also talked about the job in hand – explaining why this grass was being cut now and how many other cuts will likely be taken from these fields before the year is out.

Don’t forget, of course, to actually watch the video! 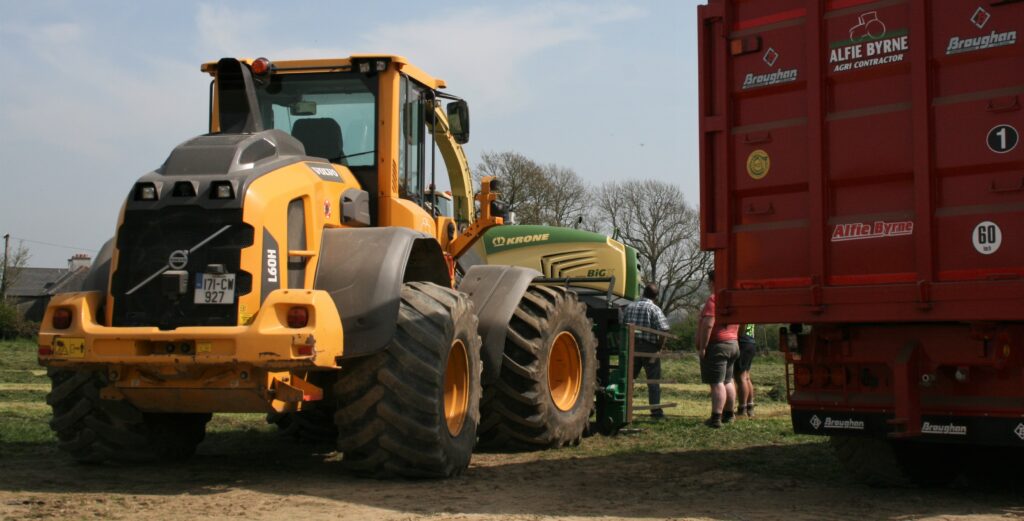