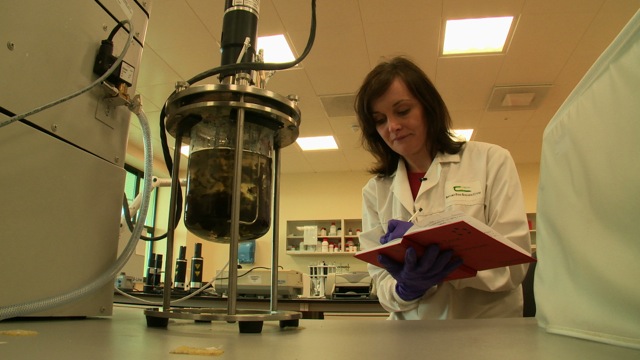 RTE’s The Science Squad returns to our screens and this Friday Teagasc researchers talk to presenter Kathriona Devereux about seaweed and its potential for use as functional food ingredients.

According to Teagasc, many types of seaweed are of interest for industrial applications (for example nutraceutical, pharmaceutical, animal feeds) for the valuable compounds they contain. In the Western world, seaweed cultivation is in its infancy but its development is necessary to allow supply to industry without pressure on wild populations.

In tonight’s episode, Dr Maria Hayes and Ciaran Fitzgerald, based at Teagasc Food Research Centre, Ashtown, Dublin speak to the RTE show about their work on the development of seaweed bread products with heart health benefits for the consumer.

“Ireland is an island whose natural resources are underexploited at present,” said Dr Maria Hayes. “Seaweeds such as the red seaweed, commonly known as Dulse, are rich in protein from which compounds with heart health benefits can be generated. This is the focus of our work at Teagasc.”

Hayes explained: “The delivery of these compounds in commonly consumed foods is also something that we are looking at, and bread is an ideal carrier for these bioactive compounds.

“Seaweed protein can enhance the essential amino acid content of bread, as it is rich in lysine. Lysine is the limiting amino acid in cereal grains. Seaweed peptides can also prevent the action of certain enzymes that cause high blood pressure in the renin-angiotensin-aldosterone system. This system controls salt-water and blood pressure in the human body,” she added.

The project forms part of the NutraMara programme of research funded jointly by the Marine Institute and Department of Agriculture Food and the Marine. NutraMara is a programme for marine-based functional food development that aims to drive the development of the marine and ingredients sector in Ireland and is led by Teagasc under the Directorship of Mr Declan Troy.

The Science Squad will be broadcast tonight at 7.30pm on RTÉ.

Overall Teagasc researchers will feature in three out of six episodes of the current series of The Science Squad. Dr Stephen Butler for sexed semen and Dr Stuart Green for grass and satellite Imaging.

A slide show of the researchers at work, courtesy Teagasc