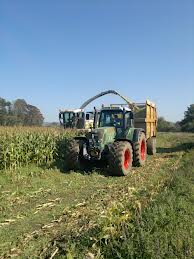 The View from Teagasc: When buying, or selling, maize silage remember that there can be large differences in feeding value.

In a well developed crop, the stover (green part — stem, leaves, tassel and so on) and cob each contribute about half of the harvested dry matter (DM).

A poorly developed crop will have a much smaller proportion of cob. The feed value of the stover can be modest and it usually has a digestibility (DMD) similar to stemmy grass silage. In contrast, the high-grain content in a well developed cob provides energy that is readily available to livestock. The more cob in the crop, the higher the overall maize silage feeding value.

Cobs should have well developed grains when harvested, with the outer two thirds of each grain having turned solid. The digestibility of stover declines during September and October as it progressively loses its green colour. It can range from 70 per cent DMD when lush green to 55 per cent DMD when brown/dead.

The crop should be harvested as soon as the cobs have developed adequately and before the quality of the stover has fallen too much.

Maize silage of high feeding value will have at least half of the wholecrop DM contributed by the cob. Maize silage is straightforward to preserve and will usually produce no heating and mould growth at feedout.

Dry matter: Maize silage DM values can range from below 20 per cent to more than 40 per cent, but the optimum value is 30 per cent. Values development, while values of 40 per cent can occur if the crop was harvested at an
excessively advanced growth stage.

This is the single most important compositional trait to know when maize silage is being traded, since a single tonne of silage at 30 per cent DM contains 50 per cent more feed than one at 20 per cent DM (i.e. 300 vs. 200 kg DM).

Energy: Starch content, digestibility or metabolisable energy (ME) content are used as indicators of the amount of
energy that will be provided by maize presence of well developed cobs and maize silage with 25 per cent to 30 per cent starch a high energy value that should be superior to most grass silages.

In contrast, starch values of less than 10 per cent indicate that very poor cob development occurred and the overall energy value will be comparable to stemmy grass silage.

Clearly, it is important to have some objective index of the energy value of maize silage when it is being included
in livestock diets or traded.

Protein: Good quality maize silage is a high-energy forage, but it has a relatively low protein content with values of 7 per cent to 9 per cent crude protein in the DM being common. Animals consuming maize silage normally require a markedly higher rate of protein supplementation than if they were consuming grass silage.

Conservation of about 3.9 to 4.0 and ammonia-N accounting for less than 10 per cent of total N. It is very important that silo and feeding management prevent aerobic spoilage during feedout, so that livestock consume feed that has not
deteriorated unnecessarily at this final stage.