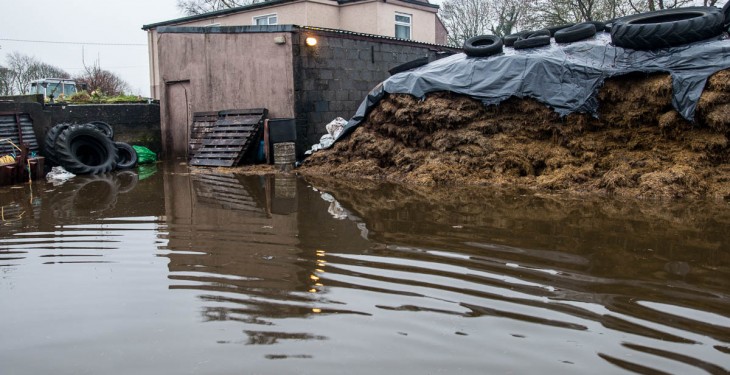 The Taoiseach has come under intense pressure in the Dail this week to outline whether new flood relief monies for businesses affected by recent flooding will be available to farmers.

This week the Government announced that it has also put together a €5m compensation fund for small businesses with fewer than 20 employees.

The requirements in terms of access to this funding are that the dates during which the premises were flooded and the rateable valuation of the property must be authenticated by a local authority engineer.

An initial sum of €5,000 can be sought and paid before Christmas, with the opportunity, if the flooding is really bad, to claim a further €15,000 in compensation duly authenticated and validated by way of invoices and so on.

According to the Taoiseach the criteria for compensation for businesses under the Red Cross scheme are that the business in question would be located within the defined flood-risk area as set out by the Office of Public Works, that it would be flooded between the December 4 and December 17, as authenticated by a local authority engineer, and that no insurance was available to the business.

Despite the Taoiseach stating that ‘it is obvious that farming is a business’, he said it is clear that many agricultural farms are located outside the areas defined by the Office of Public Works as being flood plains’.

The Taoiseach said the Minister for Agriculture, Food and the Marine and his Department recognise that fact, which is why particular flexibility has been shown in respect of the agrisector in this regard.

He said that farmers are the first to come to each other’s rescue.

“All over the country, where farmers get into trouble, their neighbours and community come to assist in terms of fodder, moving of animals and other issues such as flooded houses.

Commenting on the Taoiseach’s statement in the Dail yesterday that flooded farmland is outside the boundaries of the ‘flood risk areas’ and that he does not see them being able to benefit from the flood relief scheme, Tom Turley said, “The Taoiseach is failing to realise the extent of damage that has been done to farmland and properties on farms in recent weeks.”