A third of Irish farms find themselves vulnerable from an economic perspective, according to the results of the Teagasc National Farm Survey 2019.

Those regions where dairying is more prevalent are generally more profitable and have a lower reliance on direct payments, Teagasc notes.

As is shown on the info-graphic (below), only 34% of Irish farms are financially viable, according to Teagasc.

Average family farm income (FFI) in 2019 was highest in the south-east at €35,622 and lowest in the border region, where average farm incomes were about one-third of that level at just over €11,160, which is represented below. 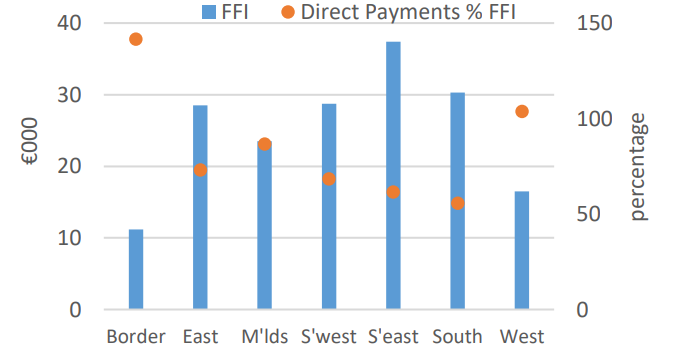 This is of course reflective of farm enterprise composition in those areas, Teagasc notes, with a higher prevalence of drystock farms and smaller farms in areas where incomes are lower.

The relative importance of direct payments is highest in the border region, at 142% of average FFI for the region in 2019.

A similar situation is evident in the west where the average FFI for the region was just under €16,483.

Just over half (52%) of farm households had a source of off-farm employment income in 2019 – either through the farmer themselves or the farmer’s spouse – a slight increase on the 2018 level. This can be seen on the info-graphic below. 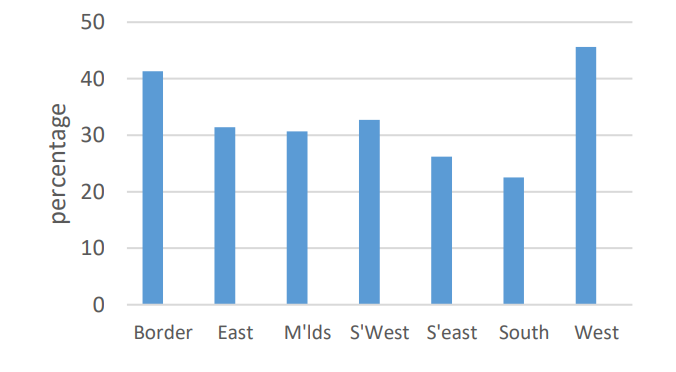 Dairy farm households were slightly more likely to have an off-farm income within the household, with the proportion of farm spouses employed off-farm generally higher than for other systems. This reflects the younger demography of these households, the report says.

The higher age profile of non-dairy farm households is reflected in the fact that they were, on average, more than twice as likely to be in receipt of pension income.

According to the survey results, a third of sheep and ‘cattle other’ farm holders or their spouses were in receipt of a pension in 2019 – underlining the older age profile of farmers in these enterprises.

The off-farm employment situation differs by system, with cattle farmers more likely to work off-farm than in the case of other farm systems.