Dairy calf-to-beef: ‘It’s something us beef farmers have to look at’ – John Hayes

Farmer and Irish rugby legend John Hayes has been “suckling all the way since the 80s” in Cappamore, Co. Limerick.

Although the home farm was originally a dairy enterprise, his dad switched codes to Hereford cattle when John was just eight or nine years old.

But, speaking at the recent launch of phase two of the Teagasc Green Acres Calf to Beef Programme, Hayes – aka ‘The Bull’ – expressed an interest in diversifying the homestead yet again.

“My dad switched into suckling back in the 80s and we have been suckling all the way from there. We always had a Hereford bull and when we switched over that’s what we went to – it always seemed to work really well.

“The land in Cappamore is mixed and challenging and the Hereford always seemed to be a good fit with it,” he said.

But now, with almost 30 years experience in the sector, Hayes – who is the Irish Hereford Prime brand ambassador – says the sector is facing a harsh and uncertain reality in the immediate and longer term.

Beef farmers are definitely trying their best, there is no question. They are farming and they are not afraid – but, it is challenging.

“You hear that we export 90% of our beef and we just need to know that markets are always being sought further afield than just around Europe.

“With Brexit there is an awful lot of unknown out there. Farmers are maybe holding off on investments and changing because they don’t know what is going to happen this year or next year and the years to come,” he said.

A habit of working hard

At the height of his towering sporting career, Hayes – who achieved 105 caps as an international, Munster and Lions prop – would journey from the training turfs of the capital to the hallowed grounds of ‘The Treaty County’ at every possible opportunity.

“Rugby challenges you as a person; you have to keep moving all the time. My father was at home running the show most of the time – but any days off I was back at home.

As I was getting older it was getting harder to do a day’s work on a Wednesday, go back training on a Thursday and Friday, play on Saturday and then go back to work again on Sunday.

“We started to use contractors more often because there just wasn’t time to do everything. We starting using contractors for the summer to get silage done – that relieved a lot of the pressure.

“So that was really how we managed,” he said.

But it wasn’t just the sense of responsibility that pulled Hayes homeward, farming also gave him a chance to switch off from the intensity and pressure of playing sport at the highest level.

“Even just looking at the Six Nations this year when things weren’t going so well for the boys, I remember when I played in Six Nations like that, when it wasn’t good.

“A day off on Wednesday in Dublin meant into the car on Tuesday night and back home – that definitely benefited me.

I would arrive back into camp on a Wednesday night or Thursday morning having had a break from it all – so that for me was where farming was really enjoyable.

“It might have been a hard day’s work; but it was a great day to be gone out of camp,” he said.

The father of three – who is married to Fiona Steed, the former Irish women’s rugby captain who won 62 caps for her country – says all farmers grow up with a strong work ethic – a trait that also stood to him on the pitch.

“When I was growing up it wasn’t even an option – you were just always out working. What you think is just normal, maybe some fellas would think is hard work.

“Farmers just have that habit of having to work hard always – whatever you are asked to do it’s not a big deal,” he said.

Preparation is the biggest thing, you don’t just turn up and see what you have to do. It’s the idea of schedules and seeing what’s coming down the line and having an idea of how things will work out.

“Instead of just getting up in the morning and seeing what is going to happen, I learned that it’s about being prepared for the work in the future,” he said.

Reflecting back on his time in the green jersey, Hayes touched on his famous tears that surfaced during the national anthem against England in Croke Park in 2007.

When asked what was going through his mind during those intimate moments before what would go on to be one of the most iconic days in Irish sporting history, Hayes said:

“There was pressure of responsibility. The year before we knew Lansdowne Road was closing for re-development, so there was a lot of talk in the country about whether, or not, sports like rugby and soccer should be played in Croke Park.

“People had their opinion – both ways. But, we are Irish people and we wanted to play in Croke Park. Eventually, it was opened up for us and we just really appreciated what had to happen for us to play there.

When it became obvious that England was going to be there we just knew – this is a game that you can’t lose; losing was not an option.

“On the pitch it was an atmosphere that you could cut with a knife. It was one of those days where there was an extra special atmosphere.

“As an occasion that was definitely the most special. The scoreline worked out, everybody played and it was a great day to be involved in sport,” he said. 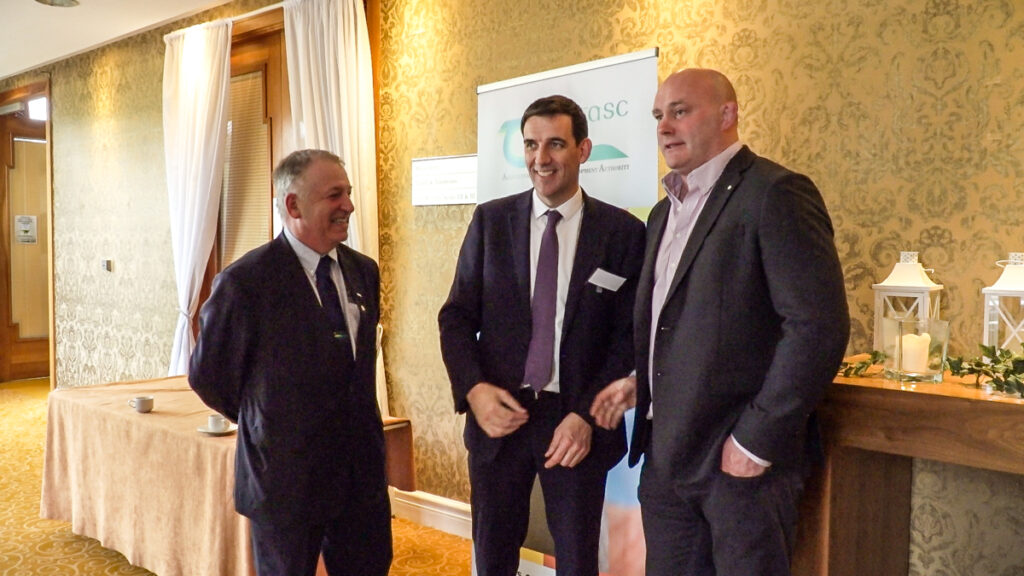 When asked for his projections on Ireland’s chances in the upcoming 2019 Rugby World Cup – to be held in Japan from September 20 to November 2 – the full-time farmer appeared to remain optimistic, despite the unexpected shortcomings in this year’s championship.

We had a great year last year when we won the Grand Slam and beat the All-Blacks at the end of the year, we were ready to take on the world after that.

“Then in the Six Nations things didn’t go well and now there are serious worries as to whether we are even going to compete – I think we will.

“People target Ireland now as maybe they didn’t always  – it was traditionally New Zealand or Australia.

“Ireland is now a target for other teams, like Wales, so for them to beat us that was a big achievement in their progress, so they want to see what they can do this year.

“That’s where we’re at, so we have to just accept that, and get used to it, and know how we can deal with it in those big games.

He says Ireland’s loss to England during the opening of this year’s campaign was a bitterly disappointing moment for the team.

“But, I think England, whether they would like to admit it or not, they came to Dublin knowing that they needed to measure up and they really put it up to us on the day and they got us.

“It shook us a little bit and it’s hard to regain that during the Six Nations because everyone says ‘the Six Nations is about momentum’ – if you get it at the start, like Wales did, you can go on. If you don’t, you’ll struggle for the rest of it and that’s what we did.

“It will be important in the World Cup as to how the games fall for us; but, I think we can definitely get back to where we were this time last year,” he said.

After sitting through the launch of phase two of the Teagasc Green Acres Calf to Beef Programme – which will involve 14 demonstration farms, from different parts of the country, that are rearing and finishing dairy-bred animals – Hayes says he too is looking for ways to improve his enterprise. 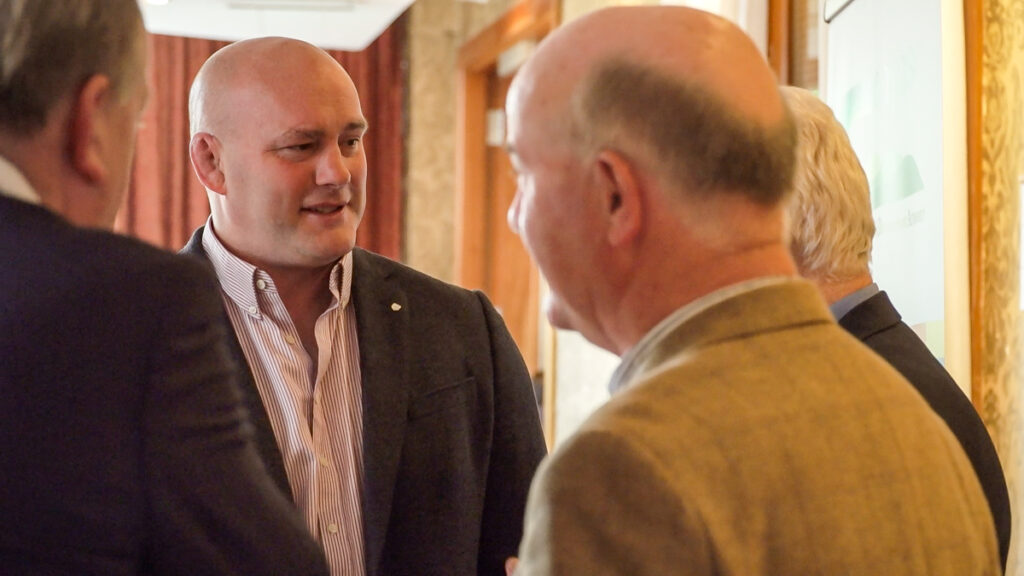 When asked if he’s be interested in possibly venturing towards the introduction of a dairy-calf-to-beef system at home in Cappamore he said:

I’ve been listening to all of the speakers and the lads that have done it for the last three years. I think it is something that you have to look at as beef farmers and suckler farmers.

“There obviously are some bigger suckler farmers that are more viable; but, there are a lot of options for other fellas where this could be something for them to do.

'You can go to all the meetings, but unless you implement the advice, it's no good'