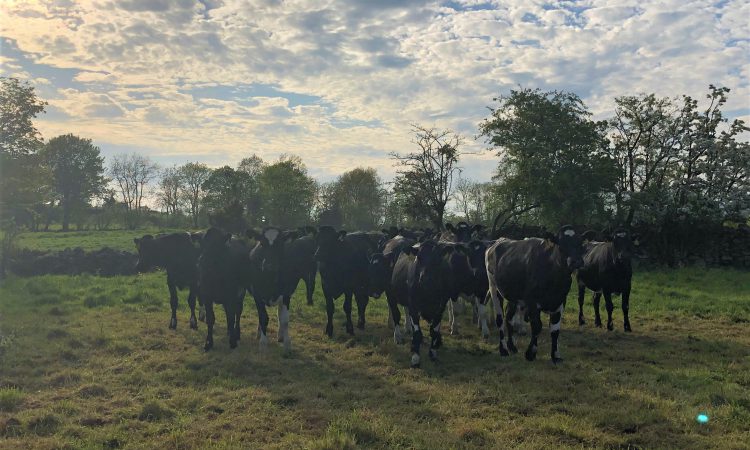 There is a strong demand for autumn-calving in-calf heifers and cows, at the moment, according to Grasstec Group’s Eugene Casey.

As for spring calving in-calf heifers and cows, Eugene says the trade is also good – with those ranging in price from €1,100 to €1,400.

“There is a particular interest in ‘grazing Friesian crossbreds’ or first crosses that tick all the boxes; such as scanned in-calf, calving in early spring and are from herds with a good herd health history. This is the criteria for a lot of new entrants.

“The heifers for sale are mainly coming from established herds with very good fertility and are from all provinces,” explained Eugene.

Regarding the customers, it is finding mainly new entrants or established farmers – who may be expanding on the home block or setting up a new block – that are looking for stock.

Speaking to AgriLand, Tony Jackson an auctioneer based in the east, said: “Things are only opening up, but early indications are that cattle will be similar in price to last year.”

He also noted a “strong demand for autumn calvers” with a lot of inquires received so far. However, he says, the “numbers to sell are small”.