Following a review of the weather warnings that are currently in place, Met Éireann have made the decision to update Co. Clare to a Status Red weather warning.

The update comes as the country braces itself for storm Hannah which is due to arrive in Ireland this evening, Friday, April 26.

A spokesperson from Met Éireann has told AgriLand that people in the area are being advised to take action to protect themselves and their property.

According to the national forecaster, northwesterly winds, associated with Storm Hannah, will reach mean speeds in excess of 80kph with violent gusts at speeds of 130kph to 150kph for a time this evening. 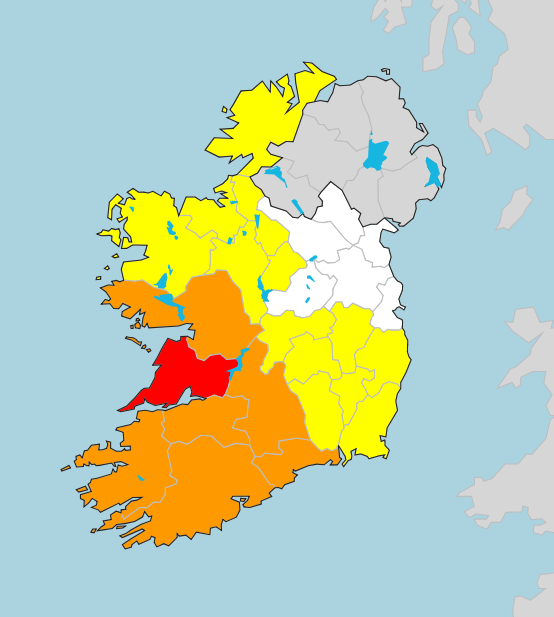 The national meteorological office has told RTÉ this morning that it may review its warnings with a view to increase the status if required.

The storm will hit the south and south-west of the country hardest, with two Status Orange wind warnings issued for these regions.

Meanwhile, today will see scattered outbreaks of rain, but some dry periods will occuring also.

A spell of more persistent rain will start to extend from the south-west by this afternoon.

Winds will increase over southern and western parts of the country from late afternoon, with severe and damaging gusts developing in the south-west of the country as Storm Hannah approaches. It will be cooler than of late, with highs of 8° to 12°.