A meeting focusing on farm succession will be held next week to encourage people to talk about “what can sometimes be a difficult conversation to start”.

The meeting will be held by North Tipperary branch of the Irish Farmers’ Association (IFA) on Tuesday, April 30, at 8:00pm in the Abbey Court Hotel, Nenagh, Co. Tipperary.

Simply dubbed “The Succession Talk”, a number of elements will be covered in what is a multifaceted topic.

Elements farmers must consider include: the handover of the farm to the next generation – while still ensuring that parents have a viable income; inheritance among siblings; and the realisation that in most cases, a farm will provide a living for only one family, meaning that fair succession doesn’t equate to “equal” in monetary terms.

North Tipperary IFA also underlined the cap of €70,000 stamp duty for young trained farmers as a “huge anomaly” that needs to be addressed, given the ageing demographic of Irish farmers.

Speakers on the night will include: representatives from IFAC; the Land Mobility Service; the law profession; and the IFA.

Declan McEvoy of IFAC will offer advice on tax implications in succession, while also discussing partnerships and the €70,000 stamp duty issue.

Austin Finn from the Land Mobility Service will advise attendees on creating a workable arrangement between shared farming and partnerships.

Local solicitor Mark Hassett will address the legal implications of succession and advise on best practices in protecting all parties.

Finally, IFA Farm Business and Credit Committee chairman Martin Stapleton will give the views of the organisation on succession and advise on discussions held with Revenue and the Departments of Agriculture and Public Expenditure on “anomalies that are in contradiction to encouraging young people to get involved in agriculture”.

Commenting ahead of the event, North Tipperary IFA chairperson Imelda Walsh said: “This is an open meeting and all are welcome.

“We are looking forward to a good discussion and debate on ‘The Succession Talk‘.” 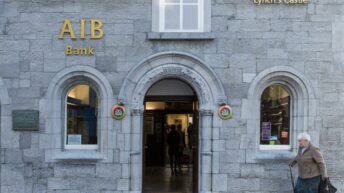