Soil sampling survey now complete for half the country

The Tellus project undertaken by Geological Survey Ireland (GSI) has now been completed for half the country.

The survey, which began back in 2011, is marking 50% completion of national soil geochemistry mapping, with the release of the latest analytical data.

Thousands of soil samples have been collected and analysed and the resulting data and maps are “critical to understanding the chemical nature of our soils and supporting the environmental management and agricultural health of our lands”, according to GSI. 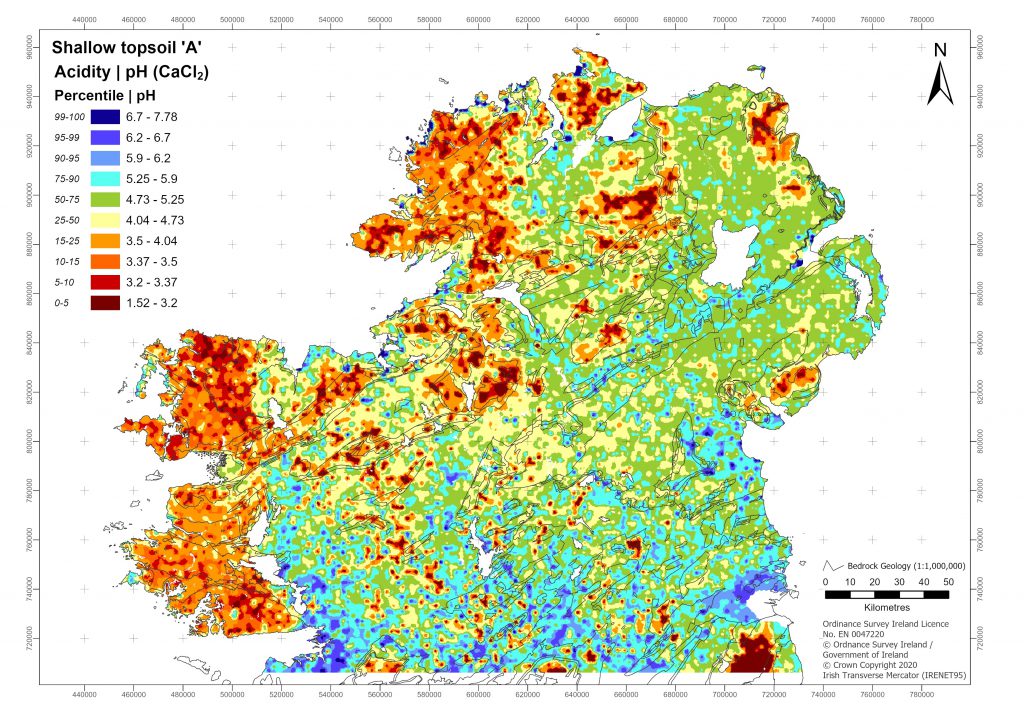 Koen Verbruggen, director of GSI, which is a division of the Department of the Environment, Climate and Communications, said that the data collected will help to further understand Ireland’s natural soils, which are “essential to a healthy, efficient and sustainable agricultural sector”.

The new data and maps show that the soils “tell a human story as well as a geological one”.

According to GSI: “Industrialisation has led to elevated levels of mercury, lead and copper around cities.

“The burning of fossil fuels has resulted in high levels of the element tin in the soils around cities and towns.

The maps also show the impact of farming, with evidence of improved soil fertility through the application of phosphorus and other fertiliser components.

“The new data can also highlight areas which are deficient in certain nutrients or elements important for crop growth or animal health.”

According to GSI, the new data can also be used to support mineral exploration as the presence of elements such as: arsenic; antimony; cadmium; lead; and zinc in the soil show known and potential mineral resources.

Halloween: Keep pets inside and ensure farm animals are in a secure field or shed