SIMA 2019: The machine that can ‘go anywhere’, but who or what is Hubertrack? 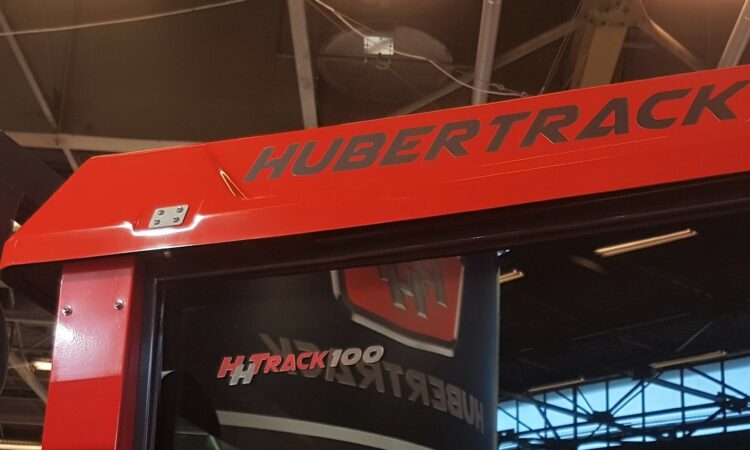 French machinery firm Hubertrack is showing off a novel low-ground-pressure vehicle at this week’s SIMA show in Paris, France.

The company’s HHTrack100 (pictured below) is a 100hp tracked machine that was designed as an alternative to a conventional tractor for wet field conditions; it’s a twist on ‘standard’ crawler machines. 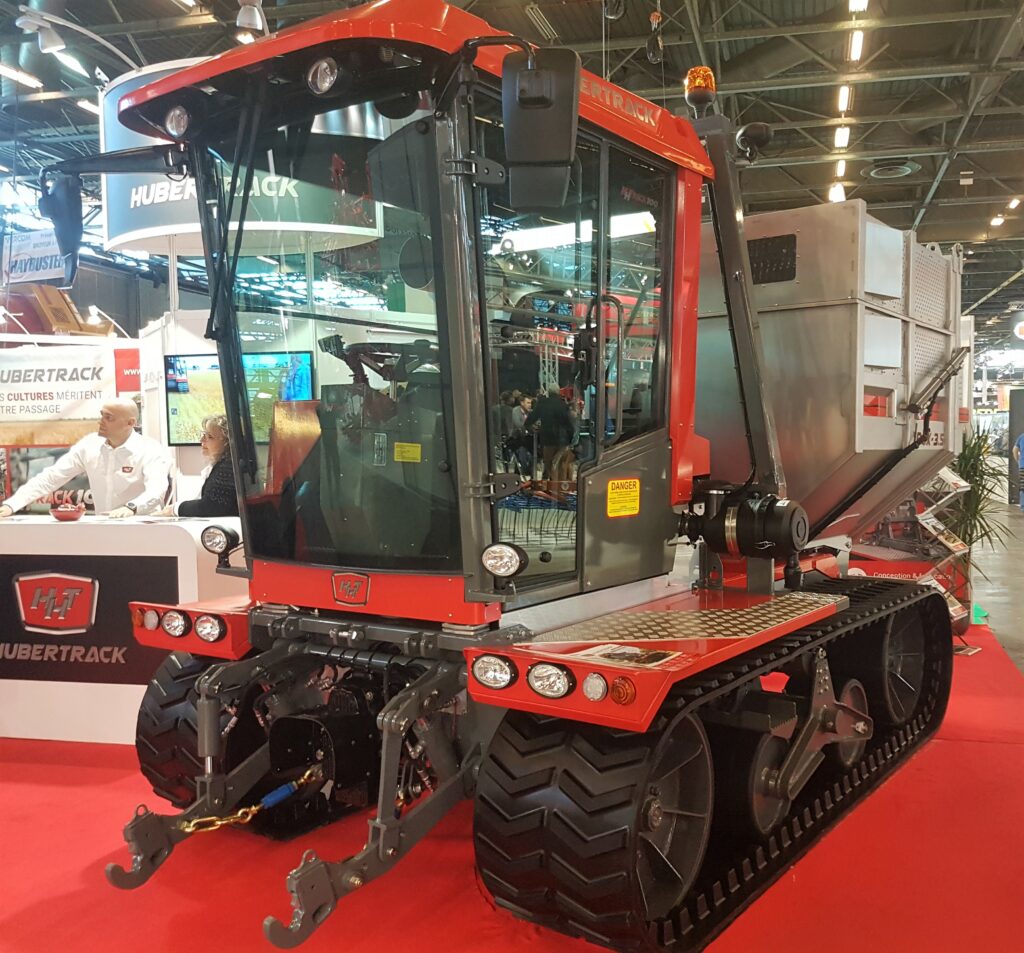 According to Hubertrack, the vehicle is capable of getting onto land without causing damage in bad conditions, even with a 2t payload. This is apparently because the two 550mm-wide rubber tracks put down a 2.7m² footprint; the pressure beneath them is as low as 150g/cm².

The manufacturer promises that the machine can eliminate ground compaction problems, saying:

The HHTrack100 makes it possible to reach steep or marshy places previously inaccessible to ‘standard’ tractors.

The HHTrack100 has a four-cylinder, 3.6L (100hp) Deutz engine and a 100L fuel tank. The hydrostatic transmission, with components from Poclain and Bandioli, is joystick-controlled. It is reportedly very user-friendly, in terms of operation.

The vehicle is 3.6m long and 2.75m high. It can be equipped with various add-on equipment, such as a fertiliser spreader, sprayer, hedge-cutter and tipping body. Prices reportedly start from around €75,000. 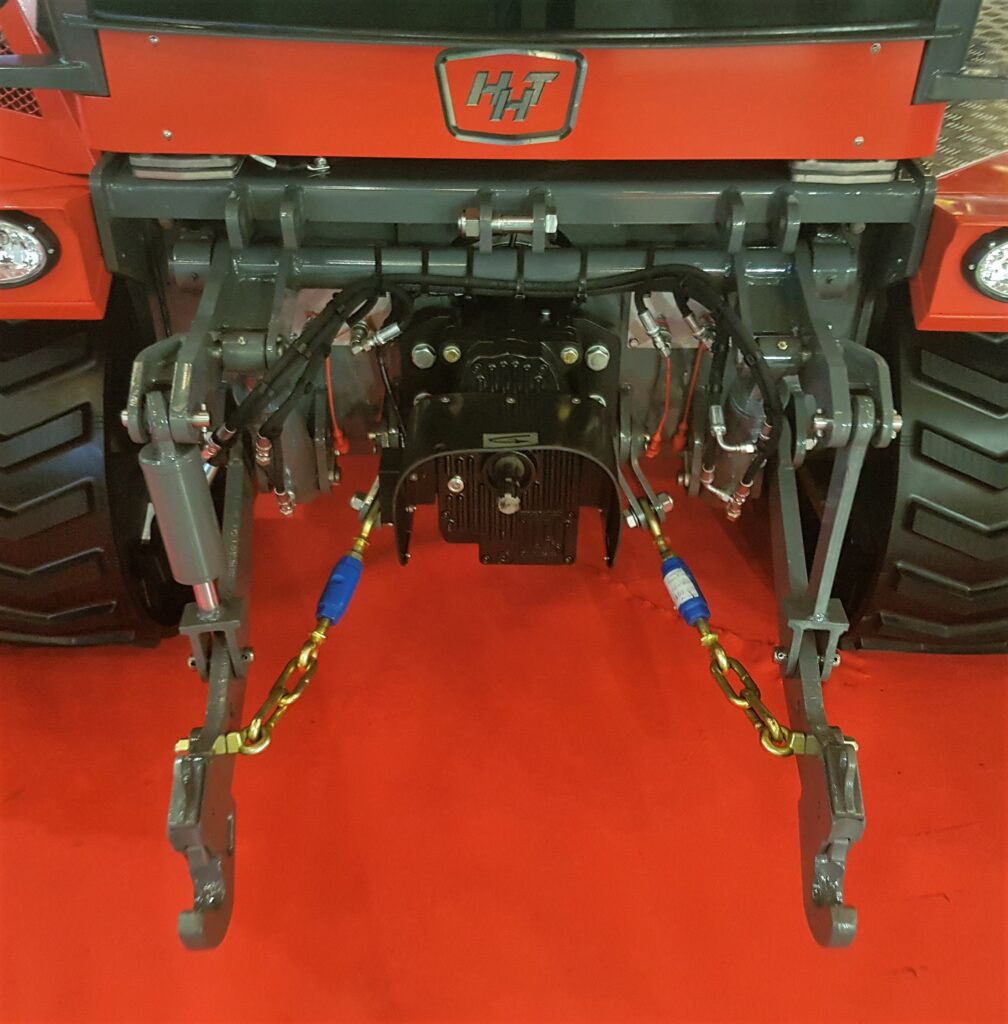 Hubertrack is based in Charente in the region of Cognac in south-western France.

It’s worth noting that the SIMA show draws to a close tomorrow (Thursday, February 28). AgriLand’s own Breifne O’Brien is there – capturing all the news. Stay tuned for more… 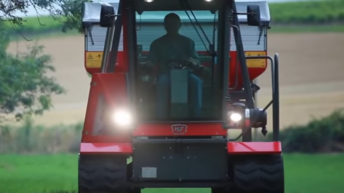