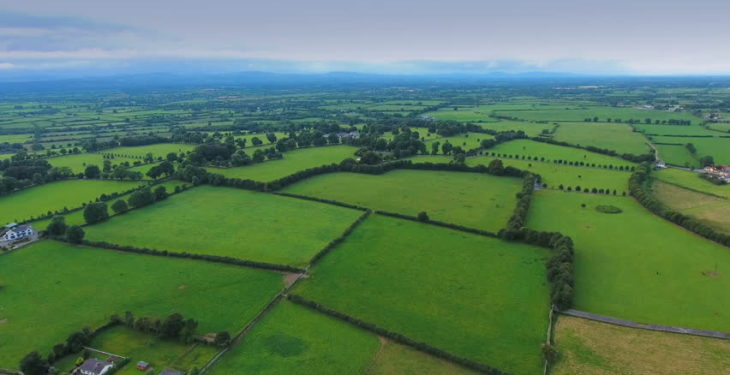 With the sunshine in full flow over the last few days, plenty of mild weather conditions and a 60% grass growth rate on the same time last year, the news that more normal Atlantic weather patterns are set to return tomorrow will no doubt bring forth a cloud of doom.

And while all the evidence points to the weather for the last week being unprecedented for this time of year, Professor John Sweeney of Maynooth University told AgriLand that it has come about because of “an exceptional weather event” not unlike what occurred this time last year when the ‘Beast from the East’ blew in.

“In the UK yesterday they had the warmest winter day with 21° while here in Ireland it was 17°.

We are currently experiencing a similar type of weather pattern that caused Beast from the East last year.

Prof. Sweeney said the pattern has resulted in temperature highs on one side of the Atlantic followed by temperatures lows on the other side.

“We have a jet stream at the moment that has seen -10° at night in Chicago; while in Winnipeg night time temperatures have dropped to as low as -20°. Then the jet stream swings north and we get this plum of weather coming from the Tropics bringing the sunshine and warm temperatures with it – that is what we are experiencing in Ireland right now,” he added.

Prof. Sweeney warned however that this spell is not going to last and by tomorrow (February 28) temperatures will “revert to normal”.

He also pointed out that the warmest weather on record in Ireland for February was in 1891 when temperatures reached 18.1°.

The geography lecturer went on to say that the mild weather has also served as a “huge boost” to farmers.

Many farmers were worried coming into the spring that they would run out of fodder and really February has been a godsend.

“Teagasc tells us that there has been a 60% grass growth increase compared to this time last year and cattle are out grazing,” continued Prof. Sweeney.

“Farmers are able to cash in on this weather over the past few days by exploiting the need for less winter fodder and also by virtue of the fact that cattle are outdoors and making use of the grass growth.”

Prof. Sweeney says that the anticyclone which has been providing the “fine weather” is now dwindling and flowing away from Ireland.

A more normal Atlantic airflow will come in over the next few days and it will be wet and windy.

He concluded: “We still have a burst of winter conditions left yet and there is going to be wet and windy conditions, but certainly by Saturday more normal Atlantic weather conditions [for this time of year] will be coming in.” 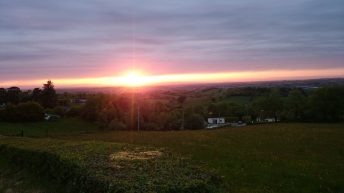 Dry and mild week ahead, but turning unsettled by Friday