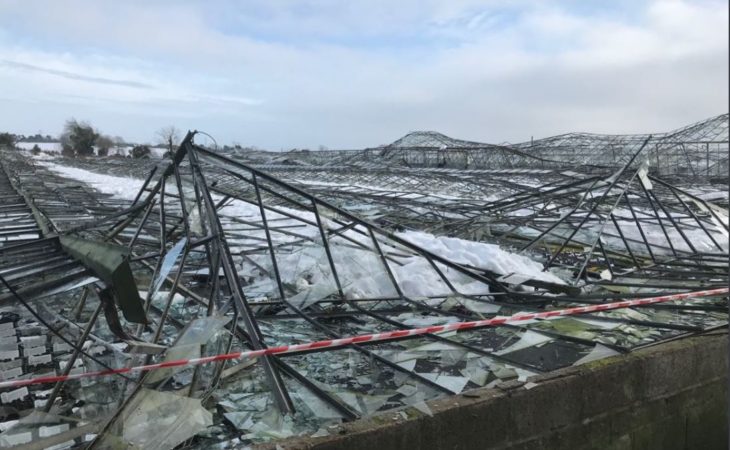 As farmers count the structural, livestock and income losses caused by Storm Emma, the south-east and eastern regions are emerging as the “most severely” affected, according to FBD Insurance.

Farm organisations are demanding that farm inspections take account of the scale of the damage; while also calling for penalty restrictions on losses directly caused by the extreme weather conditions of recent days.

With its claims surge plan in place – and 33 branches reopened countrywide – FBD is currently working extended hours to support its customer base.

However, a spokesperson for the leading farm insurer said “it’s too early to quantify” the scale of the damage.

“A clearer picture will emerge over the coming days and weeks as customer claims are reported. At this early stage it would seem that the south-east and eastern regions are the most severely affected by Storm Emma.

Our farming customers have been severely impacted and duties such as feeding and tending to livestock have become extremely difficult tasks.

Stressing the importance of safety at this time, FBD is encouraging farmers to continue to be cautious – particularly where surfaces remain slippery, or where damage has occurred to farm out-buildings.

If damage has been caused to a property, the general rule is to get approval from FBD’s Claims Department by calling: 01-7617617; or to get in contact through the website, before carrying out repairs.

However, where immediate or temporary repairs are necessary to prevent further damage, it is advised that farmers can proceed and make such emergency repairs.

“Take photographs before and after the repairs and retain any replaced materials on farms for inspection. In addition, farmers should obtain proof that the independent contractor they retain has valid public liability and employers liability insurance.

“Contact FBD immediately and an experienced claims handler will provide all the advice and assistance required,” advised the spokesperson.

The company has a comprehensive range of coverage options available – including coverage relating to storm damage to buildings and contents combined with the associated loss of income.

“We would ask farmers to consult the information in their insurance policy document. In addition, our team at your local office are on hand to help, where an adviser will be available to talk through your cover,” he said.

A year of repairs

Pat McCormack, president of the Irish Creamery Milk Suppliers’ Association (ICMSA), said the time-frame to repair damage caused by the storm will vary from days – to possibly “over a year”.

He is calling for the inspection regime to take full account of that reality.

“Farmers are already in the busiest part of their year with cows calving; any repairs to structural damage are likely to be short-term measures until insurance claims can be dealt with, and farmers have sufficient time to put permanent solutions in place.

For some farmers whose sheds have collapsed, it could take in excess of a year to get fully up-and-running again.

The ICMSA is urging the Department of Agriculture, Food and the Marine to instruct its inspectors over the coming 12-month period to take account of specific Storm Emma damage; and to rule out penalties being applied in such cases.

“There is also a clear responsibility on the insurance companies to process and pay claims as quickly as possible.

“Farmers who already have a huge workload at present are going to come under additional pressures in the coming days and weeks relating to the consequences of the storm.

The very last thing they need are inspections and penalties arising for issues that are effectively out of their control.

“Farmers must be given sufficient time to address such issues in a safe way and the department inspection regime must facilitate this,” he concluded.

Meanwhile Joe Healy, president of the Irish Farmers’ Association (IFA), has been on the ground speaking to farmers most impacted by the cruel snow event.

“While the storm itself has moved on, farmers are now coming to terms with the impact of the weather at farm level. This storm came at the worst possible time with calving and lambing in full swing.

In the south-east and parts of Kildare the situation is continuing to be extremely stressful for farmers with huge amounts of snow still on the ground.

Healy highlighted the “very severe damage” to farm buildings; as well as losses of stock.

In addition, he raised concerns on the negative impact on grass growth and “already tight” fodder supplies.

Farmers are worried in relation to sheep on mountains and hills. Significant difficulties are also arising on lowland farms where farmers were unable to get ewes and new-born lambs out because of the conditions.

“Many growers in the soft fruit and nursery stock sectors have also been very badly hit by the heavy snowfall; which, in cases, has caused tunnels and glass houses to collapse, destroying plants,” he said. 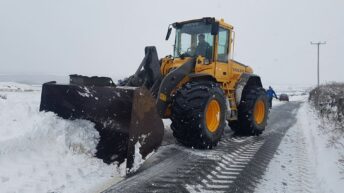