Sheep trade: Prices continue to hold at a base of 520c/kg

Lamb quotes showed no signs of dropping this week. Kepak increased its quote to 520c/kg, plus a Quality Assurance (QA) bonus of 15c/kg, reflecting demand that is there.

48,700 head of sheep were processed at Department of Agriculture approved slaughtering plants in the week ending January 27. This is back significantly on last week’s figure of 55,418. It is also below the figure for the same week last year – 49,678.

The total number of sheep slaughtered in the Republic of Ireland so far this year is now at 206,969, a decrease of 5,575 head on the same time last year. 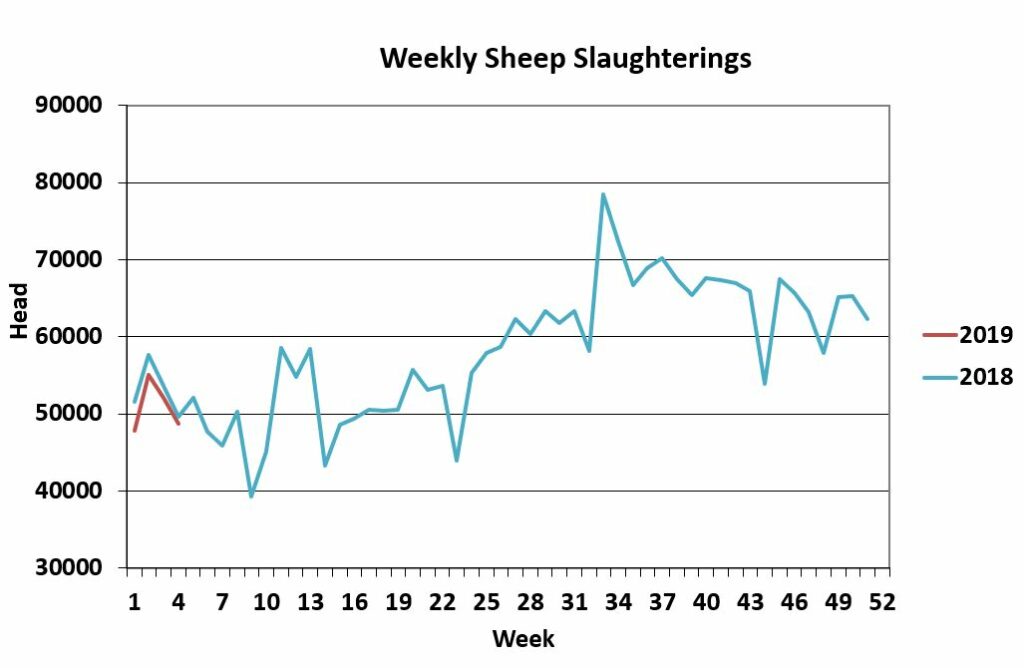 A dispersal sale of 200 mule ewes in the brood ring “sold to a steady trade”, making an average price of €155/head.

Ewes with lambs at foot:
Advertisement

Store lambs were making between €86/head and €125/head in Ballinrobe Mart this week, where numbers remained steady.

A show and sale of factory and butcher hoggets will take place at Tuam Mart on February 12 from 5:00pm.

Carnew Mart saw a big entry of sheep last week (Thursday, January 31). 2,472 sheep were on offer and “met a strong trade”. Prices were up €2-3/head in general across all classes.

Lamb prices bounce back by €3-5/head at marts