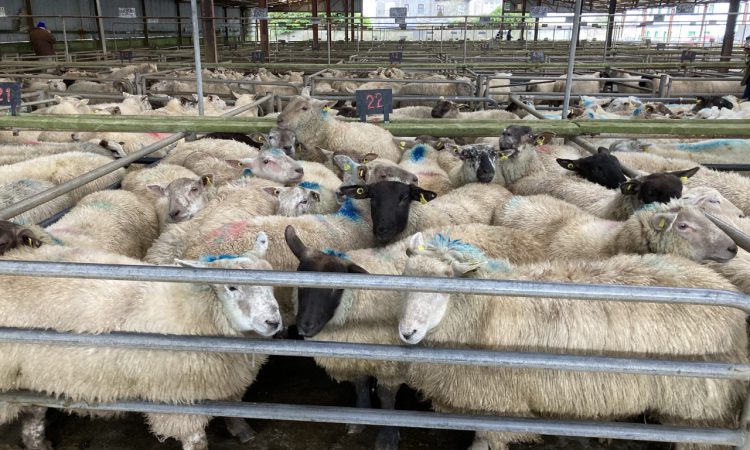 Over the past week, mart managers have been reporting a stronger trade for well-fleshed hoggets in excess of 50kg.

One mart manager said that butcher and wholesale buyers have been very active and that they have been “blowing factory agents out of the water” in their attempts to secure supplies.

Mart managers have been reporting the trade to be stronger anywhere from €2-6/head on the previous week.

Prices of €150-155/head were seen more regularly for good-quality fleshed hoggets, while in cases prices of over €160/head were reported.

In saying that, average quality hoggets above 50kg at some sales sold back as far as €142-143/head, so there is still quite a bit of variation in prices being paid out for those finished types.

Heavy cull ewes have also been trading strongly this past week, with the general run of prices for those fleshed ewes ranging from €125/head up to €135/head, with exceptional lots rising to €140-145/head and up to €150/head in cases.

Another dispersal sale of a strong 150-ewe flock took place at Tullow Mart last week. The flock, which was predominately made up of Suffolk cross ewes made from €190/head up to €230/head, with the majority selling from €215/head up to €230/head. Some sales reported prices of up to €260/head for in-lamb ewes.

Furthermore, ewes with twin lambs at foot have generally been selling from €220/unit up to €300/unit, with some mart managers reporting prices of up to €325/unit.

Tom said that the trade was improved on the previous week, with prices stronger by the tune of €2-4/head.

Those heavy butcher hoggets were a very strong trade, with a top price of €155/head paid out for a pen of 10 weighing 52kg.

Cull ewes were also a strong trade, with prices for heavy cull ewes topping out at €148/head. A selection of ewes with single lambs at foot made up to €180/unit.

Roscommon Mart held its weekly sheep sale on Wednesday last (February 17). The mart’s manager, Maura Quigley, reported a larger number on offer, with the trade unchanged on the previous week.

Finished hoggets made up to €152 for 63.8kg. Prices for those hoggets in excess of 50kg varied quite a bit, with prices starting just over the €140/head mark and making up to €152/head.

The cast ewe trade was also similar to the previous week, with prices for stores starting out at €70/head, with heavy stags hitting a high of €144/head. 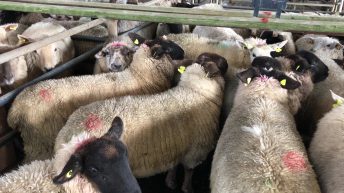