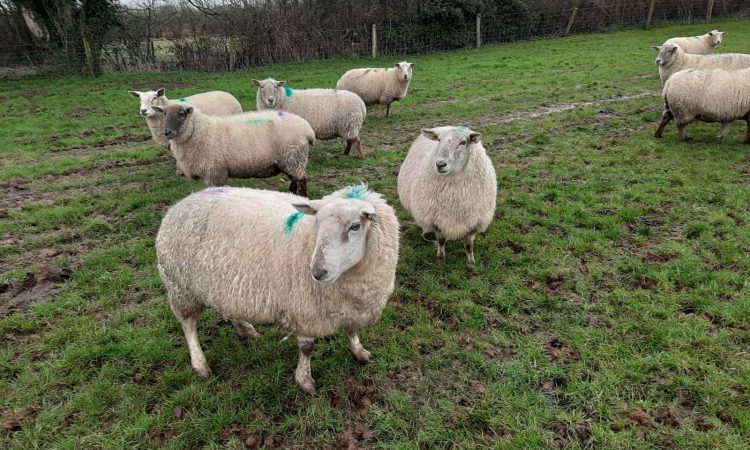 A dispersal sale of a 150 Suffolk cross Cheviot, Suffolk and Texel cross ewe flock took place at Tullow Mart on Tuesday, February 16, in conjunction with the mart’s weekly sheep sale.

Eric Driver, the mart’s manager, said they were a fine flock of ewes that were well presented and did themselves justice in the ring on the day.

Eric said that the online trading platform has really opened up the mart to customers from afar, with some of the ewes on Tuesday finding new homes as far away as Cork and Sligo.

The ewes’ age profile ranged from two years old up to four years old. The ewes scanned on average 1.9 lambs and are in-lamb to Charollais, Texel and Suffolk rams. Ewes are due to start lambing from March 5 onwards.

The ewes had received their booster vaccine (Heptavac-P). They were also vaccinated against toxoplasmosis and had been dosed for fluke.

Straight after the sale of the 150 ewes, an additional sale of 60-in lamb ewes took place. The ewes are due from April 1 onwards to Suffolk and Charollais rams and were carrying twins and triplets. They sold from €150/head up to €170/head.

‘Never seen prices like it in my time as manager’

Before the dispersal sales, Tullow Mart had its weekly sale of hoggets, cast ewes and ewes with lambs at foot.

Speaking about the trade, Eric said he hadn’t seen prices like what he saw on Tuesday paid out for hoggets in his time as mart manager.

He added: “The trade yesterday for those fleshed hoggets was nothing I had ever seen before. Those 47-49kg hoggets were making €150-154/head on Tuesday.

“It was a super trade all round. The cull ewes were also a smashing trade and made up to €152/head, with a lot of them selling upwards of €130/head. 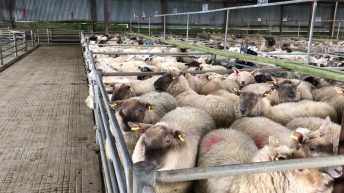