Rural depopulation is becoming a central problem in Co. Leitrim – and has not been helped by housing regulations, according to a local county councillor.

With multiple factors leading to the situation many parts of the county now find themselves in, a multi-strand solution is also needed, Cllr Seán McDermott contends.

Speaking to AgriLand, the councillor pointed to his home parish of Glenfarne, Manorhamilton, as a case in point.

In this parish, he noted that 19 houses were granted planning permission by Leitrim County Council in 2007; while not all were built, the number is in stark contrast to the 2016 figure – planning permission was granted to build one house – with nothing granted since then.

Cllr McDermott believes that the problem started in 2010 with the impact of changes to the Environmental Protection Agency (EPA) Code of Practice of Wastewater Treatment and Disposal Systems for single houses.

“I’m a councillor myself but I don’t think our politicians realised what was happening for rural Ireland and the impact it was going to have,” the councillor said.

“There was no ‘plan B’; it just happened. It took a while to kick in because naturally there were a few planning permissions in the pipeline, so we didn’t realise the impact it would have for a couple of years. But it has sunk in a lot since.”

This meant that, for every rural site where one was looking to build a one-off rural house a percolation ‘T-test’ had to be conducted.

“The problem with it with our situation in many parts of rural Leitrim is that our soil isn’t good – lets be fair about it – soakage is very bad. When the rules changed, there was no thought put into what was going to happen to a county like Leitrim.

I know we all want to protect the environment and climate change is very important to us all; I’m no different. But I think we have to make sure that an area isn’t going to lose its people because of laws being changed.

Cllr McDermott highlighted that Leitrim County Council has looked at different ideas for solutions, getting in touch with ministers and prominent politicians to seek help for young couples looking to settle in the county.

“When the building boom was on, there were lots of houses being built in rural villages and towns so there was a good supply of houses.”

The councillor highlighted the positive energy felt in 2007, when people built houses in the rural community.

“The impact that that had on our parish and community was marvellous because our population started to stabilise, our school numbers stabilised and actually started to increase for the first time because of those years.

There was also a feel-good factor in the parish – but that’s all gone now, because if you have no house built since 2016, the writing is on the wall.

“We’re only one community of many that are facing the same problem.

“In my neighbouring parish of Kiltyclogher, in recent times there have been 15 deaths over a nine-month period there and no births. Alarm bells should be ringing there – that statistic is frightening.”

“14 left the school this year and five came in. The reason why those 14 were there in the first place was because of going back to those years when people decided to stay in the area and build their homes.

“The scenario that’s happening now will mean our school will lose a teacher in a couple of years because of those figures. And it doesn’t have to be that way.

The councillor noted that Minister of State for Local Government and Planning Peter Burke has been invited to the area, with Minister for Rural and Community Development Heather Humphreys also asked for help on the matter.

Asked about the rise in remote working, Cllr McDermott said:

“We listen every day on the radio to gridlock in cities with people going to work and coming home in the evenings. I think counties like Leitrim could play a small part in solving that problem.

With broadband improving people can come into the area, if they want to raise their children in a rural setting, where the schools are much smaller than the cities. If they come in, they’d bring life back into the parish and school numbers would start to stabilise again and the community would stabilise.

Turning to solutions to turn this interest into action, the councillor said:

“There was always one-off rural housing in the rural parts of counties like Leitrim; that was always part of the depopulation solution; but I think that we have to look at ideas.

“One of the ideas – and I know the council has talked about this before – the council has service sites, which would mean that all the services would be on a site where a couple might be able to get a mortgage to build their home; they wouldn’t have to worry about services and the issue of a septic tank; that would be put to bed.

Populations could stabilise again by the council having these service sites and selling them at a reasonable price to young couples to build their homes.

“That would be part of the solution – but another part is the one-off house in our townlands which was always there. This is an opportunity – we have to look at all options and this is one of them.

“If an issue in Dublin was having the same impact as this issue is having in rural Leitrim, national media would have a field day and it would be resolved by now,” Cllr McDermott concluded. 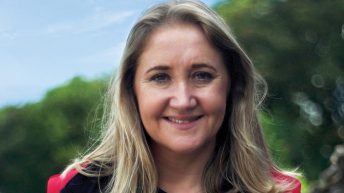