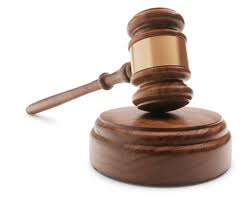 Access to public land legislation is currently being reviewed by the Oireachtas Environment Committee, a move that has been welcomed by the Irish Farmers Association (IFA)

The Labour Party Private Member’s Bill on land access was referred to the Oireachtas Environment Committee last week. The IFA claims the Bill aims to create public access routes that do not exist, something that would be strenuously opposed by farmers and landowners throughout the country.

IFA Hill committee chairman Tom Fadian described the Bill as “unnecessary, divisive and retrograde”, and said it did not recognise the progress made by Comhairle na Tuaithe in fostering co-operation and consultation.
Fadian said conflict issues that existed a number of years ago have been resolved through the introduction of the Walks Scheme. This scheme has created up to 40 walks and the maintenance is undertaken by farmers.
“The recent launch of the Beara-Breifne Way from West Cork to North Leitrim, by the Taoiseach Enda Kenny, highlights the importance of co-operation between the various interests including landowners in the development of walks. This is the way forward, rather than introducing legislation which infringes on the rights of landowners.”
The IFA Hill committee chairman added: “The introduction of this Bill would have been a major setback to the good work of Comhairle na Tuaithe over the past number of years. Walks have been created through the goodwill of farmers and landowners and the various agencies involved in recreational tourism”.
Image Shuttlestock
Government
Loading Next Story