Seven heatwaves the past 30 years 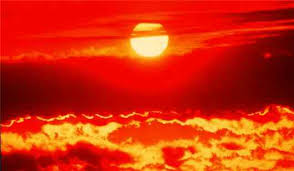 Ireland has experienced seven heatwaves in the past 30 years and latest research from the Environmental Protection Agency (EPA) says this has resulted in increased mortality rates.

Research by Dublin Institute of Technology (DIT), led by Prof Pat Goodman that,  found that past heatwaves have resulted in increased deaths, illness and hospitalisations.  A heatwave is defined as a number of days where the maximum daily temperature is above 25 degrees.

In the EPA-funded study, researchers found that there were seven heatwaves during the study period and that these were associated with approximately 294 greater than expected deaths. The majority of these deaths – 241 – occurred in rural areas with 53 occurring in urban areas, specifically Dublin, Cork, Drogheda, Arklow, Dundalk, Galway, Limerick and Waterford.

Prof Pat Goodman said: “More people die when temperatures are at either extreme, namely during cold weather and during very hot weather.  Climate change calls for an evaluation of the past, present and future health risks associated with heat and heatwaves and our study has found that future more severe heatwaves may result in a significant excess mortality.”

The research indicates that the changing climate will increase Ireland’s vulnerability to more severe heat episodes and this factor, combined with the ageing of the population, may result in significantly more heat-related deaths and health impacts in the future.

The report, Extreme Temperatures and Mortality in Ireland, can be found on the EPA website.