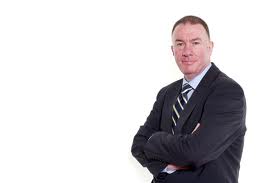 CEO of Aurivo Co-operative Society, formerly Connacht Gold, Aaron Forde has been appointed chairman of the Irish Dairy Board (IDB), following the resignation of Vincent Buckley.

Cavan-native Forde has been CEO of Aurivo Co-operative Society since 2003.  Prior to joining Aurivo, he was managing director of Adams Foods Ingredients, an IDB UK subsidiary.  He joined the IDB Board in 2004.

Chairman of the Irish Farmers’ Association National Dairy Committee Kevin Kiersey has been elected vice-chairman of the IDB, succeeding Jackie Cahill, having joined the IDB board in 2010.

IDB chief executive Kevin Lane thanked Buckley for his contribution to the board, stating he played an “instrumental role” in supporting its business transformation for the growth opportunities the post quota environment will bring.