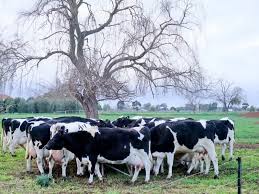 Animal health and welfare is fundamental to farm profitability and BVD alone is costing Irish farmers more than €102m a year, an agriculture committee heard this afternoon

Animal Health Ireland (AHI) heard from the Oireachtas Joint Committee on Agriculture, Food and the Marine this afternoon on its work in curbing diseases in Irish herds. The committee was told of AHI’s four programmes that related to national BVD and IBR eradication, Somatic Cell Count reduction and Johne’s disease control.

“This afternoon’s exchanges with AHI representatives reinforced the view that animal health and welfare is fundamental to farm profitability,” said Chairman of the Committee Andrew Doyle TD. “Indeed, AHI estimates that BVD alone is costing Irish farming more than €102m per year. With herd population set to increase in the coming years to meet the Food Harvest 2020 targets, the committee notes that a window of opportunity now exists to curb diseases in Irish herds that would reap major long-term benefits for the €10bn agri-food industry. This is particularly pertinent given the moves afoot at European level to minimise the use of antibiotics in the food chain.”

The committee was also told that among the challenges facing AHI is in assembling comprehensive and reliable data for each of its four work areas.  It heard AHI is placing particular emphasis on encouraging best practice on farms to eliminate the spread of diseases,” Deputy Doyle added.