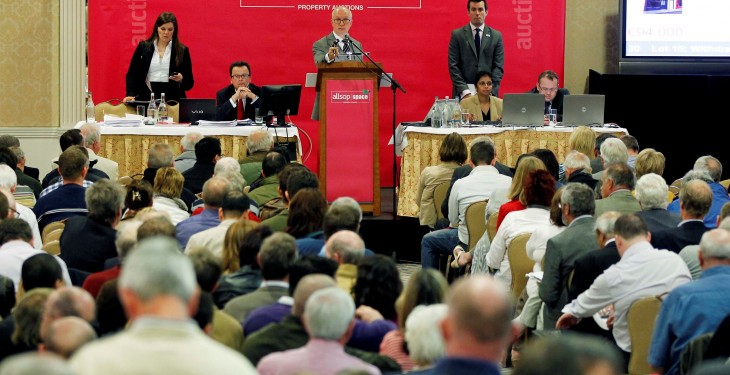 Some 19 land holdings and development sites are being offered for sale in an Allsop auction next month, with the auction house noting farmers are its most active buyers.

“We have witnessed three classes of active bidders, in order of activity: farmers, investors and ‘overseas locals’,” noted Robert Hoban of Allsop Space.

“An interesting phenomenon has been the sale of several land lots to Irish emigrants living in places such as Australia, USA, New Zealand, UK and the Middle East, with many more bidding unsuccessfully.

“They are cash-rich. If they see plots of land or a house with land close to where they grew up, they register to bid via telephone. They then rent the land to a local farmer, or a relative nearby, and wait until the time that they might return home. Often they will bid with no particular plan in place, but solely because the heartstrings take over,” he said.

“Many of the farmer buyers are funding from windfalls received from selling land for development.

“In addition, the farming sector has grown significantly in recent years – poor weather allowed – and occupiers now prefer to own rather than rent. We have also seen former owners of land, sold for development, buying them back again at a fraction of the original selling price,” he added.

In the latest auction, set for July, the largest property in acreage terms is a 60-acre farm at Kiltoohig, Charleville, Co Cork together with a three-bedroom bungalow that has a €475k guide price, or €7,917 per acre.

The most valuable site is the 1.08-acre site on Clonkeen Road, close to Dunnes Stores, Cornelscourt shopping centre, and Cabinteely Village. The site known as Treacy’s Yard has an €650k to €750k guide.

Since Allsop started its Irish auctions it has sold 56 landholdings involving a total of 405 acres, worth a combined €5.66m.

A further 8.21 acres with a house at Lisnagar, Rathcormac near the road between Fermoy and Cork City has a €150k guide.

Since Allsop started its Irish auctions it has sold 56 landholdings involving a total of 405 acres, worth a combined €5.66m.