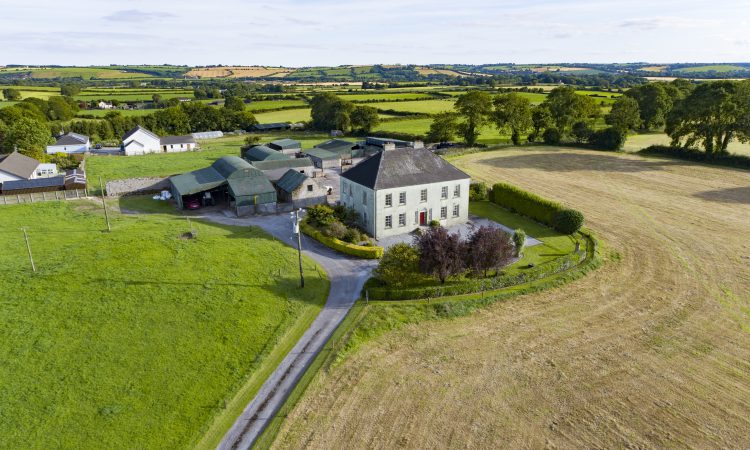 Lands at Castlemartyr, that have not alone produced award-winning livestock but also bumper crops of beet, grain and vegetables for Erin Foods when it had processing facilities in Midleton, are expected to generate immense interest, with a guide price of €1 million set.

Knockane House and farm in Castlemartyr, east Cork, is an impressive property, located close to the seaside at Garryvoe, Shanagarry and Redbarn as well as the towns of Midleton and Youghal and on the N25 national primary route from Cork to Rosslare. It is a retirement sale, with the lands coming out of a five-year lease.

The property was acquired by the Ryall family when it settled at Castlemartyr many years ago. 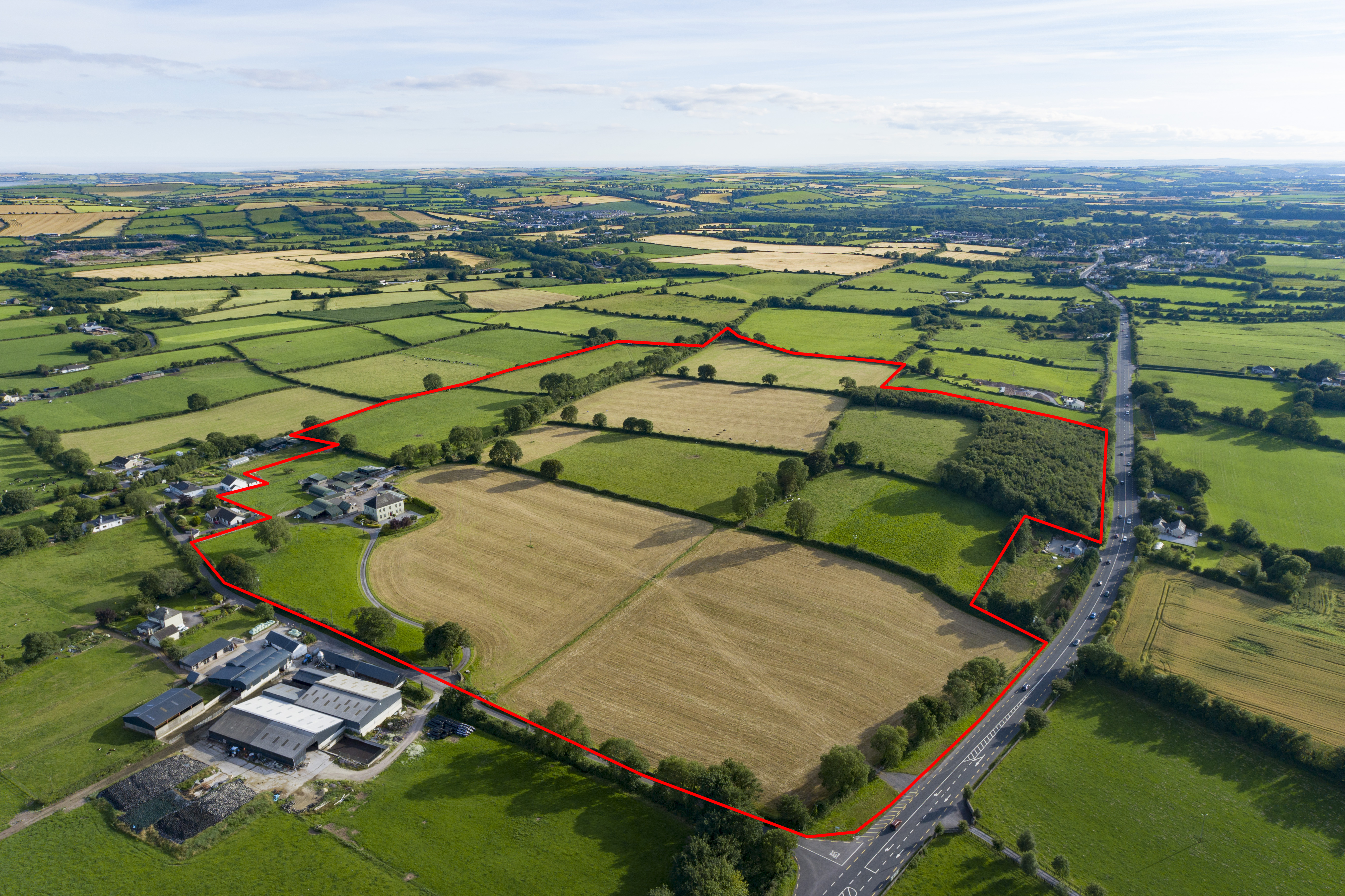 “The Ryalls were made very welcome to the area by the locals and I’m sure that the next owner will receive the same welcome from the locals. According to Ivan and Deirdre Ryall, there is an excellent community present,” said selling agent Eamonn O’Brien, general manager of CCM Property Network.

The Ryall family became synonymous with the sale of farm machinery and also with the breeding and sale of pedigree Charolais stock from the Knockane herd. The Knockane Charolais herd was recognised and award-winning throughout Ireland and further afield.

“The Spring Show at the RDS in Dublin and agricultural shows up and down the country were the awarding bodies for the countless accolades achieved by the Ryall family. The rosettes and silverware are still to be seen,” said Eamonn.

“The entire Knockane Charolais herd was sold onto another breeder who recognised the potential and made an offer that could not be refused,” the agent said.

“The Speckle Park herd was then established by Ivan Ryall who, with another farmer from Cork, successfully introduced the breed to Ireland,” he said.

The farmland is top class limestone land without any waste. The lands were recognised as producing the greatest tonnage of both peas and sugar beet for Erin Foods.

The Georgian house, which is in need of refurbishment to restore it to its former glory, extends to 4,500ft², not including a large basement.

“It was built on a well chosen site and you can still appreciate the views from the large windows and the positioning of the house within the farm,” Eamonn said. 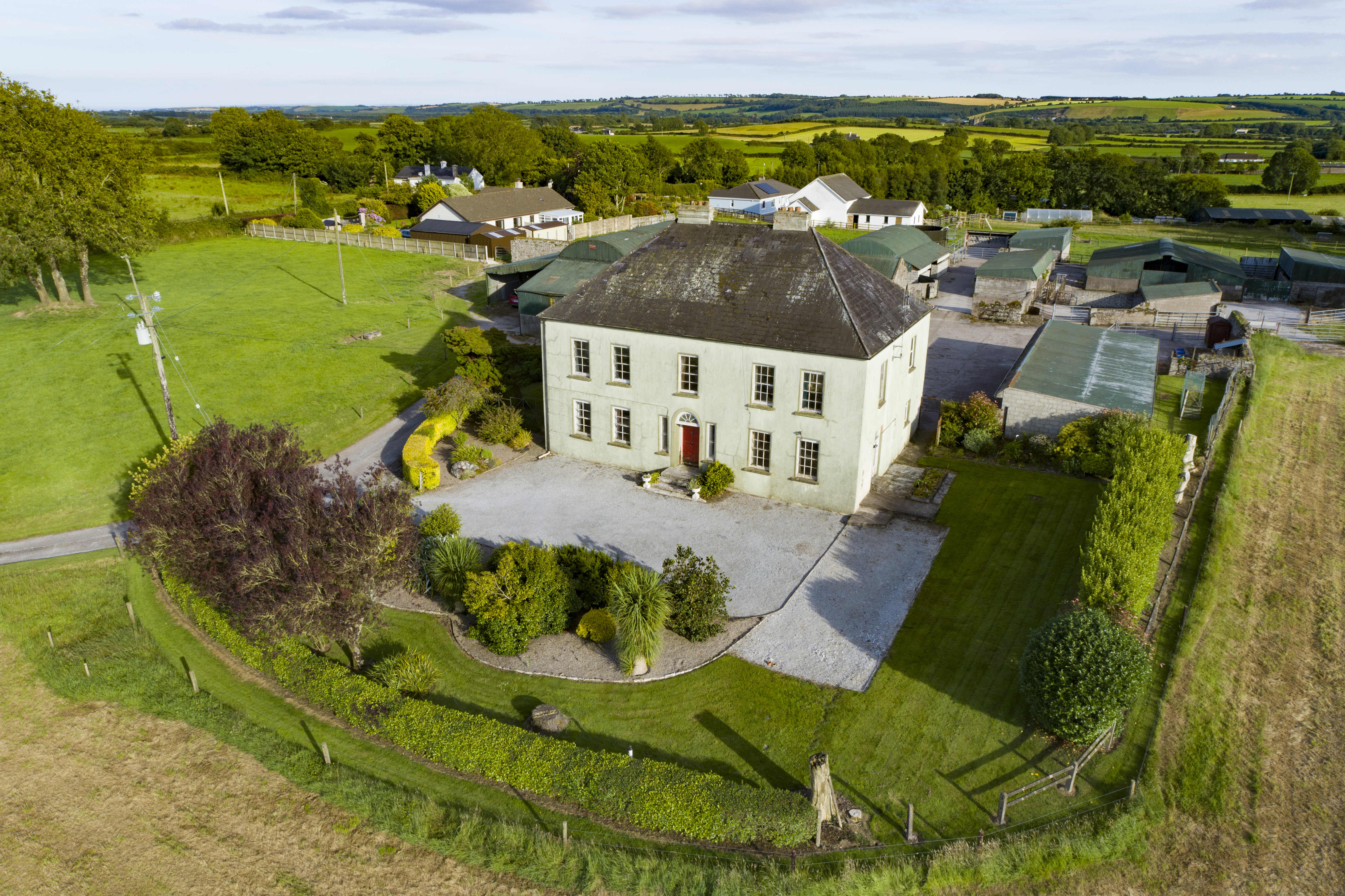 “The farmyard has evolved over the years from the lovely stone buildings and cobblestone yards to the slatted area and over-ground metal ring storage tank. The yard is compact and practical,” said the agent.

“The property has a semi-mature broadleaf plantation of oak, beech and some cherry. The crop is ready for a second thinning. The lands were planted over 20 years ago and extend to circa 6ac.

“The plantation offers firewood, amenity and possible carbon credits or biodiversity as we go forward into the next round of CAP [Common Agricultural Policy] reform,” Eamonn said.

“The property may be sold in one or two lots, depending on appetite or budget. It has the advantage of a single farm payment in excess of €8,000 per annum in 2020,” he said.

Within easy reach of Cork city, the property is close to the five-star Castlemartyr Resort and the well kept Castlemartyr village has a number of small enterprises. 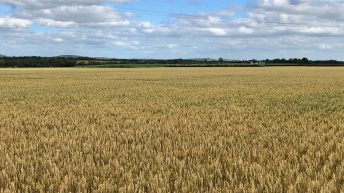 76ac ‘Fontstown Series’ land with €6,500 in entitlements to go under the hammer