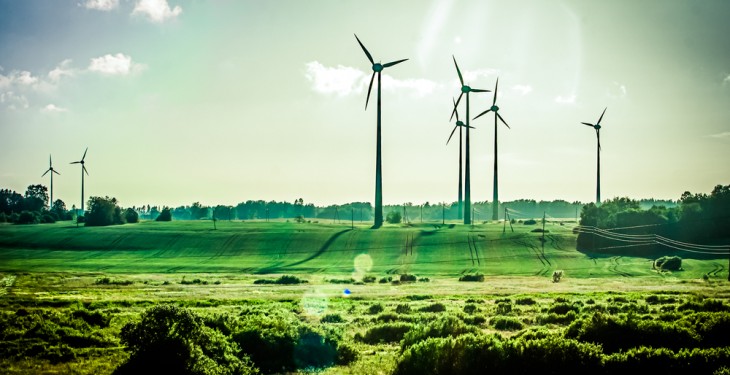 The future of renewable energy lies with joint farmer and community projects, according to James Murphy, the IFA Renewables Project Team Chairman.

Welcoming the White Paper on Energy, which was launched by the Taoiseach Enda Kenny last week, the IFA said that the setting up of a national energy forum immediately is critical to the future of renewable energy.

“If we are to be really serious about renewable energy development we need the forum to get up and running as soon as possible,” Murphy said.

The Minister for Communications, Energy and Natural Resources Alex White said Ireland needs to generate 100% of energy from clean energy sources in the future.

The White Paper on Energy’s objective is to guide a transition to a low carbon energy system, which provides secure supplies of competitive and affordable energy to citizens and businesses.

He also said that a radical transformation of Ireland’s energy system is required to meet climate policy objectives.

“The citizen will be at the centre of Ireland’s energy transition, which will be underpinned by policy and regulatory stability.”

Murphy said IFA pushed hard for a national energy forum to be set up and it wants the forum operating as soon as possible, as it wants rural ireland to have a good strong voice at that table through IFA.

He also said that must be community involvement in renewable energy projects. “We need to change the approach and the culture and move away from big developer driven and led.”

On biomass production, Murphy said a position is no longer acceptable whereby tax payers are subsiding imported biomass to meet Ireland’s renewable targets, at a time when thousands of farmers across the country have the land and ability to supply this material.

The target set out in the White Paper is to increase the share of final energy consumption made up of renewable energy sources (RES) to 16%.

This target is broken into three key sectors with individual targets for each sector: 40% of electricity supply (RES-E), 12% of heating (RES-H), and 10% of transport (RES-T). Ireland also has a target of a 20% improvement in energy efficiency by 2020.

In order to reduce GHG emissions by 80-95% by 2050, fossil fuels would account for 19-30% of final energy demand in Ireland. This means that non-renewable energy sources will make a significant – though progressively smaller – contribution to our energy mix over the course of the energy transition.

In the longer-term, fossil fuels will be largely replaced by renewable energy sources, the report states.

Oil and natural gas will remain significant elements of Ireland’s energy supply between now and 2035.

The period between 2007 and 2015 has also seen significant advances in Ireland’s energy efficiency and renewable energy generation and use, it says and renewable energy sources (wind, hydro, landfill gas, biomass and biogas) accounted for nearly 23% of Ireland’s electricity consumption in 2014, which is just over halfway to our 2020 target of 40%.

The use of renewables in electricity generation in Ireland reduced our CO2 emissions by 2.6m tonnes in 2014.

The Council of European Energy Regulators found that Ireland’s approach to supporting renewable energy is one of the most cost effective in the EU.

Ireland’s total GHG emissions in 2013 amounted to over 58m tonnes of CO2 (MtCO2 equivalent) [12]. The Environmental Protection Agency’s (EPA) breakdown of 2013 emissions is shown in Figure 3-1.

Agriculture emissions in Ireland (in 2013) measured over 32%, compared to an EU average of 10% which means that a greater proportion of the burden sharing falls on the energy sector in Ireland.

In the absence of emission reductions in agriculture, the large size of that sector in Ireland will lead to a greater share of the required adjustment falling to other non-ETS sectors (such as transport and heat).